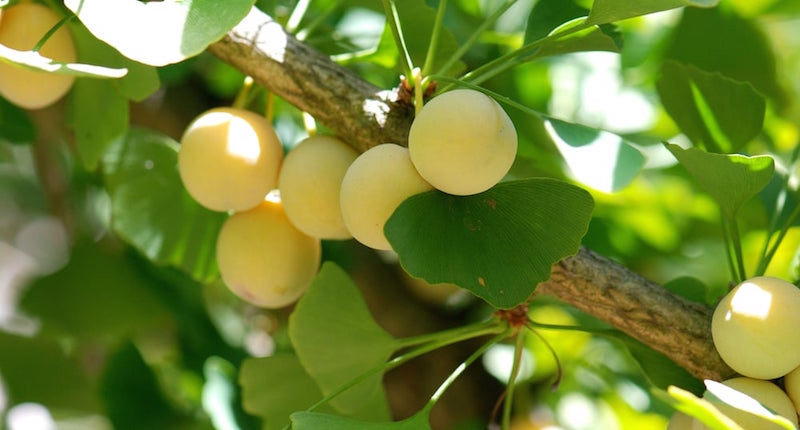 Although ginkgo biloba has been used throughout the centuries to treat dozens of different conditions, the most significant health benefit that it can provide is cognitive enhancement.

Essentially, ginkgo is a brain booster that works by improving glucose and oxygen uptake in the brain, as well as protecting and strengthening its blood vessels. This results in a significant improvement in working memory, attention and focus, and behavioral patterns.

It’s important to note that the described effects are mainly observed in people with an existing decline in cognition such as in Alzheimer’s disease and dementia of any kind, including age-associated dementia. In healthy individuals, ginkgo improves subjective (self-perceived) mental function and general quality of life.

Additionally, some studies speak in favor of ginkgo’s ability to alleviate anxiety with little to no adverse effects, compared to conventional anxiolytic drugs.

It is believed that this effect is based on ginkgo’s neuroprotective and nootropic action, as this helps the brain to perceive reality in a more adequate and less emotionally-challenging way.

Reduces fatigue: As a general tonic, ginkgo biloba can help to reduce perceived fatigue and enhance functionality even in such severe and debilitating conditions like multiple sclerosis. Some experts also recommend taking ginkgo to alleviate chronic fatigue syndrome.

Reduces the severity of PMS: Studies indicate that taking 40 mg of ginkgo biloba thrice per day (total dose 120 mg) from the 16th day of one menstrual cycle to the 5th day of the next one can reduce the severity of PMS symptoms by up to 23.68%. Taking into account that this is an all-natural approach, such a result is nothing less than fabulous.

May help with tinnitus (ringing in the ears): Although the available evidence on this matter is scarce, there are studies that speak in favor of ginkgo’s efficacy in relieving tinnitus, especially when it’s seen in patients with cognitive decline. Since ringing in the ears is an extremely complex thing that can be based on a any number of factors, it’s safe to say that ginkgo could help with at least some of them.

Reduces inflammatory pain: Thanks to the powerful anti-inflammatory properties of bilobalide, one of the ginkgo’s unique compounds, this herb has been shown to significantly reduce pain and temperature hypersensitivity caused by local inflammation.

Annihilates certain bacteria: Another fantastic effect of ginkgo’s bilobalide is that it can eliminate up to 99% of such life-threatening bacteria as Pneumocystis carinii, even in a scenario of severe suppression of the immune system. And that’s without any toxicity at all!

May help in treating psychiatric conditions: Studies affirm that ginkgo biloba has great potential in alleviating what’s medically known as “positive” psychiatric symptoms, meaning those that are excessive or distorted during such conditions like schizophrenia. For example, these include all kinds of hallucinations, delusions, agitation, and thought disorders.

Protects the blood vessels and improves blood flow: Ginkgo biloba extract has been repeatedly confirmed to show vasoprotective action, meaning that it enhances the health of one’s blood vessels and protects them from all kinds of damage. Essentially, this improves the blood flow throughout the body, alleviating ischemic (lacking blood and oxygen) conditions. Some experts even affirm that it could be used to treat or prevent stroke, since this condition is often caused by local plaques and clots that severely impair local blood flow.

Aids in improving sexuality in women: There’s some evidence indicating that ginkgo biloba extract significantly boosts the efficacy of sex therapy in terms of improving female libido and sexual contentment. So, although it’s not some sort of magic herb that will instantly cure sexual issues, ginkgo can surely be used as a complementary natural treatment. 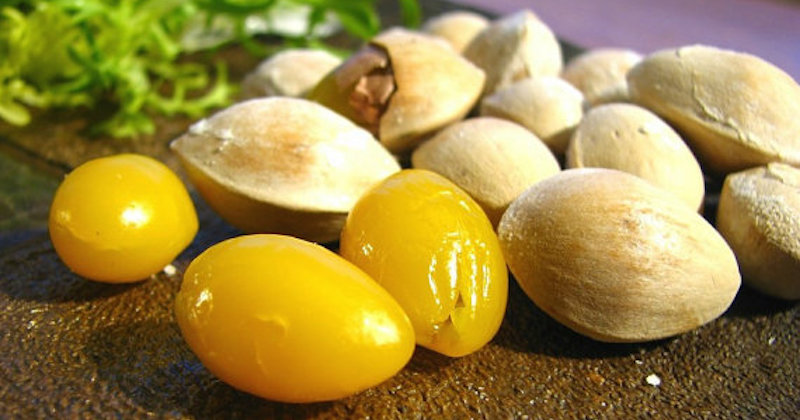 How To Use Ginkgo Biloba

As a rule, ginkgo biloba is taken either in the form of standardized plant extracts or in the form of tea. In the first case, you have more control over the dose of phytonutrients you’re taking, so this option is more suitable for people with a sensitive stomach.

The tea approach feels somewhat more natural, but the amount of bioactive compounds you’ll be getting will vary from one cup to another. To prepare ginkgo tea, just put a teaspoon of fresh leaves in a cup, pour hot boiled water, and steep for 5 to 7 minutes. Add some lemon or honey as desired!

According to the World Health Organization, the recommended dosage of ginkgo biloba ranges from a total of 100 to 250 mg daily, divided into 2-3 doses. If you’re taking ginkgo in the form of tea, remember that 40 mg of ginkgo extract is roughly equivalent to 1.4 – 2.7 g of ginkgo leaves.

For better results, it is recommended to take ginkgo for 3-6 consecutive months.

People taking any kind of anticoagulant or anti-platelet drugs (warfarin, heparin, aspirin) shouldn’t take ginkgo products at the same time, since such a combination significantly increases the risk of bleeding. Adverse effects of this kind aren’t common, but still possible.

It’s also recommended to stay clear of ginkgo during pregnancy due to its potential to increase the risk of prolonged bleeding during labor.

Last but not least, ginkgo should be avoided by people who are prone to allergies, especially to the following plants and foods:

This is because ginkgo biloba contains several highly-allergenic phytochemicals that are similar to the main allergens in the items mentioned above. People with no known allergies aren’t likely to experience a reaction to ginkgo.

At the moment, there is no sufficient evidence to back up the usage of ginkgo during pregnancy or lactation. Also, there are no solid studies on the safety of ginkgo biloba in children.

Ginkgo biloba is tolerated fairly well by the vast majority of people. Side effects of standardized ginkgo extracts are extremely rare and always minor in magnitude, usually limited to abdominal discomfort.

Ginkgo tea is more likely to evoke side effects since the amount of active compounds in each cup would be somewhat unpredictable, contrary to standardized extracts.