Fluoride is a toxic drug linked with an array of potentially serious health problems. Most recently, research linking fluoridated water consumption to thyroid dysfunction received attention in both British and American media.1 2 3 4

Evidence also suggests it may contribute to or exacerbate behavioral problems such as ADHD, by way of pineal gland calcification.

Of those, more than 11 million people receive fluoride at or above what has been deemed the “optimal” level, according to the US Centers for Disease Control and Prevention (CDC).

In the UK, about 6 million Britons receive water with added fluoride. Meanwhile, a growing number of countries—including Germany, Sweden, Japan, the Netherlands, Finland, and Israel6—have ceased this hazardous practice.7

Water fluoridation has long been promoted as a safe and effective way to improve dental health—a claim that in reality has no firm basis in science. On the contrary, the evidence clearly suggests there are wide-ranging health hazards associated with fluoride exposure. 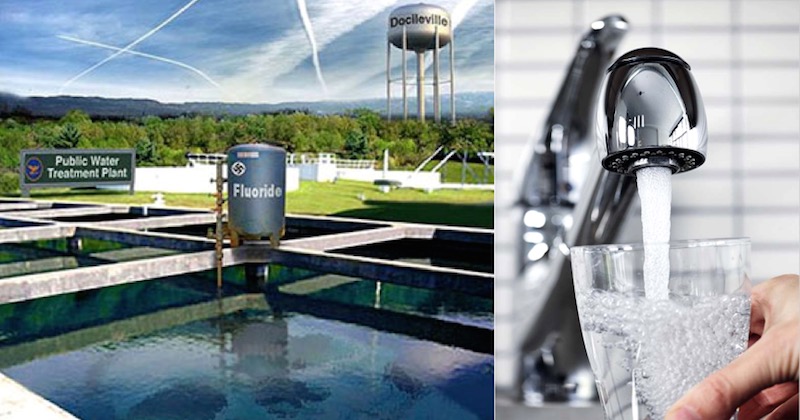 British researchers are now warning that 15,000 people may be needlessly afflicted with hypothyroidism in the UK as a result of drinking fluoridated water.8

In areas where fluoride levels in the water registered above 0.3 mg/l, the risk of having a high rate of hypothyroidism was 37 percent greater compared to areas that do not fluoridate. As explained by Vice.com9 and in the featured video above:

“The key to a healthy thyroid is iodine, which is generally absorbed through the blood and stored and regulated by the body in the thyroid gland…

But because fluoride is more electronegative than iodine, it displaces it in the body, disrupting thyroid function and subsequently impacting hormone levels that keep metabolism in check.

The US currently recommends a fluoride level of 0.7 mg/L,12 and thyroid dysfunction is also rampant in the US, where an estimated 20 million people are affected,13 so from a public health standpoint, it makes absolutely no sense whatsoever to medicate the entire population with a drug that can either induce or exacerbate this condition.

Additional side effects of thyroid dysfunction include weight gain and depression. An equally or more important side effect is harm to the fetus in hypothyroid pregnant women, which can result in lowered IQ and other neurological deficits.

Because of all of these effects, the researchers urge city councils to stop adding fluoride to their drinking water. According to lead author Stephen Peckham:14

“I think it is concerning for people living in those [high fluoride] areas. The difference between the West Midlands, which fluoridates, and Manchester, which doesn’t, was particularly striking. There were nearly double the number of [underactive thyroid] cases in the West Midlands.

Underactive thyroid is a particularly nasty thing to have and it can lead to other long term health problems. I do think councils need to think again about putting fluoride in the water. There are far safer ways to improve dental health.”

Dr. Spyros Mezitis, an endocrinologist at Lenox Hill Hospital in New York City who did not participate in the study told WebMD:15

“Clinicians in the United States should emphasize to patients this association and should test patients for underactive thyroid. Patients should probably be advised to drink less fluoridated water and consume less fluoridated products, including [fluoridated] toothpaste.”

Endocrinologist Dr. Terry Davies, who is also a professor of medicine at the Icahn School of Medicine at Mount Sinai, in New York City also agreed, saying that:

“This dramatic increase in thyroid dysfunction associated with fluoridation of the water supply adds to previous studies indicating that fluoride has an inhibitory effect on the thyroid gland. [The study] supports the argument that our water supply should be pure water and nothing else.”

Many fail to realize that fluoride is indeed a drug, and as such it is grossly inappropriate for it to be indiscriminately added to water supplies, as there’s no way to control who gets it, and in what dose.

Surely, protecting people from thyroid dysfunction—which can also raise your risk for cardiovascular disease, osteoporosis, infertility, neurological harm to fetuses and infants, and other health problems—is of greater concern than protecting people from dental caries, which can be very effectively addressed in other, far safer ways…

Besides, the science behind fluoride’s purported dental benefits is flimsy at best, and has repeatedly failed to stand up to closer scrutiny. Mounting scientific evidence reveals that:

Outwardly visual signs of this condition include pitting and discoloration of your teeth, caused by long-term ingestion of fluoride during early tooth formation. In some areas, fluorosis rates are as high as 70-80 percent, with some children suffering from advanced forms. Dental fluorosis can be an indication that the rest of your body, such as your bones and internal organs, including your brain, has been overexposed to fluoride as well.

According to the World Health Organization (WHO), there is no discernible difference in tooth decay between developed countries that fluoridate their water and those that do not. Moreover, the decline in tooth decay the US has experienced over the last 60 years, which is often attributed to fluoridated water, has likewise occurred in all developed countries—most of which do not fluoridate their water.

As I’ve discussed in previous articles, the best way to prevent cavities is not by adding fluoride, but by addressing your diet. Scientific American18 recently addressed this issue as well, noting that excessive sugar consumption is at the heart of the problem.

According to Dr. Francesco Branca, Director of WHO’s Department of Nutrition for Health and Development: “We have solid evidence that keeping intake of free sugars to less than 10 percent of total energy intake reduces the risk of overweight, obesity and tooth decay.”

One of the keys to oral health is eating a traditional diet rich in fresh, unprocessed vegetables, nuts, and grass-fed meats. By avoiding sugars and processed foods, you prevent the proliferation of the bacteria that cause decay in the first place. 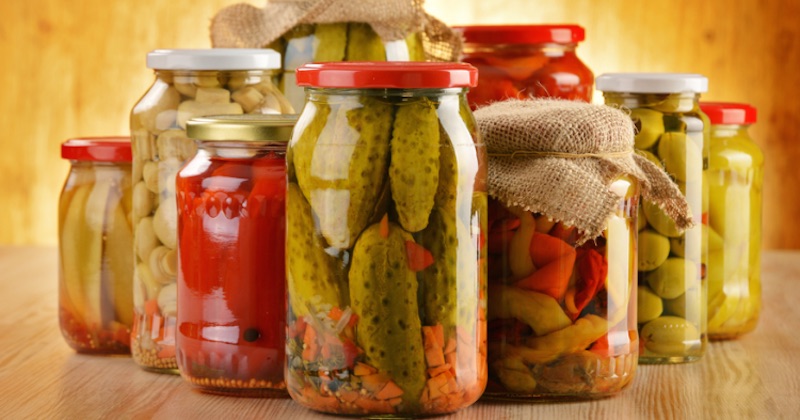 Other natural strategies that can significantly improve your dental health is eating plenty of fermented vegetables doing oil pulling with coconut oil. Also make sure you’re getting plenty of omega-3 fats. The latest research suggests even moderate amounts of omega-3 fats may help ward off gum disease. My favorite source of high quality omega-3 fat is krill oil.

Many assume that the fluoride in drinking water (or in any other fluoride supplement) will somehow only affect your teeth. Unfortunately, this is simply not the case. According to one 500-page scientific review,19 fluoride is an endocrine disruptor that can affect not only your thyroid gland, but also your bones, brain, pineal gland, and even your blood sugar levels.

There are more than 100 published studies illustrating fluoride’s harm to the brain alone, plus 43 more that directly link fluoride exposure to reduced IQ in children! Studies have also demonstrated that fluoride toxicity, caused by overexposure, can lead to:

A recent article20 by Frank Granett, R.ph, director of Clinical Pharmacy Operations at Behavioral Center of Michigan Psychiatric Hospital, and author of The American Epidemic and Over Medicating Our Youth, also addresses the issue of fluoride and pineal calcification, which can result in symptoms such as ADHD. He writes, in part:

“Located deep within the brain below the corpus callosum, which is the circuit connector for the right and left brain hemispheres, the pineal gland is responsible for the secretion of melatonin, the human body’s biological time-clock hormone regulating normal sleep patterns.

More importantly, the pineal gland plays a critical role in the enzyme pathway for the production of brain neurotransmitters including serotonin and norepinephrine. Additionally, the body’s anti-oxidant defense system is optimized by healthy pineal tissue, which helps eliminate free-radical toxin accumulation in the body.”

Despite its diminutive size, your pineal gland tends to accumulate significant amounts of fluoride, which eventually causes it to calcify. Besides ADHD-like symptoms, pineal calcification may also play a role in Alzheimer’s and bipolar disease.

Considering its effect on neurotransmitters, it’s also quite conceivable that it might promote depression and other neurological disorders. Granett also notes that studies have linked pineal calcification to precocious puberty in girls, attributed to abnormal melatonin secretion.

“Government agencies complicit in this public-health issue should re-evaluate the dangers fluoride poses in childhood behavioral development,” he writes. “Children and adults battling behavioral conditions should adopt an action plan to prevent the onset of pineal-gland calcification.”

To Protect Your Health, Avoid Fluoride

No matter which scientific studies you examine or which population trends you view, the rational conclusion is that fluoride’s health dangers far outweigh the marginal dental benefits it might offer. Dental caries can be effectively prevented with means other than fluoridation, thereby avoiding the adverse effects of fluoride. It’s important to realize that fluoride is a cumulative toxin, which over time can lead to serious health concerns, from hypothyroidism to skeletal fluorosis and much more.

The neurological effects are particularly disconcerting. As mentioned, 43 human studies21 now link moderately high fluoride exposures with reduced IQ. We cannot afford to ignore such warnings! Water fluoridation needs to stop. The question is how. Despite all the evidence, getting fluoride out of American water supplies has been exceedingly difficult. It’s not impossible, however, as evidenced in areas that have successfully abolished water fluoridation.

According to the late Jeff Green, National Director of Citizens for Safe Drinking Water, a repeated theme in the cases where communities successfully removed fluoride from their water supply is the shifting of the burden of proof.

Rather than citizens taking on the burden of proving that fluoride is harmful and shouldn’t be added, a more successful strategy has been to hold those making claims, and the elected officials who rely on them, accountable for delivering proof that the specific fluoridation chemical being used fulfills their health and safety claims, and is in compliance with all regulations, laws, and risk assessments already required for safe drinking water.

Read how to detoxify fluoride with natural detoxifying clays.

Help End The Practice of Fluoridation

There’s no doubt about it: fluoride should not be ingested. Even scientists from the EPA’s National Health and Environmental Effects Research Laboratory have classified fluoride as a “chemical having substantial evidence of developmental neurotoxicity.”

Furthermore, according to the Centers for Disease Control and Prevention (CDC), 41 percent of American adolescents now have dental fluorosis—unattractive discoloration and mottling of the teeth that indicate overexposure to fluoride. Clearly, children are being overexposed, and their health and development put in jeopardy. Why?

The only real solution is to stop the archaic practice of water fluoridation in the first place. Fortunately, the Fluoride Action Network has a game plan to END water fluoridation worldwide. Clean pure water is a prerequisite to optimal health.

Industrial chemicals, drugs, and other toxic additives really have no place in our water supplies. So please, protect your drinking water and support the fluoride-free movement by making a tax-deductible donation to the Fluoride Action Network today.