A study published in the British Medical Journal (December 2011) confirmed that breast cancer screening may cause women harm, especially during the early years after they start screening. This harm is largely due to surgeries, such as lumpectomies and mastectomies, and other (often unnecessary) interventions. The study highlights losses in quality of life from false positive results and unnecessary treatment.

Another study published in The Lancet Oncology in 2011 demonstrated, for the first time, that women who received the most breast screenings had a higher cumulative incidence of invasive breast cancer over the following six years than the control group who received far less screenings. 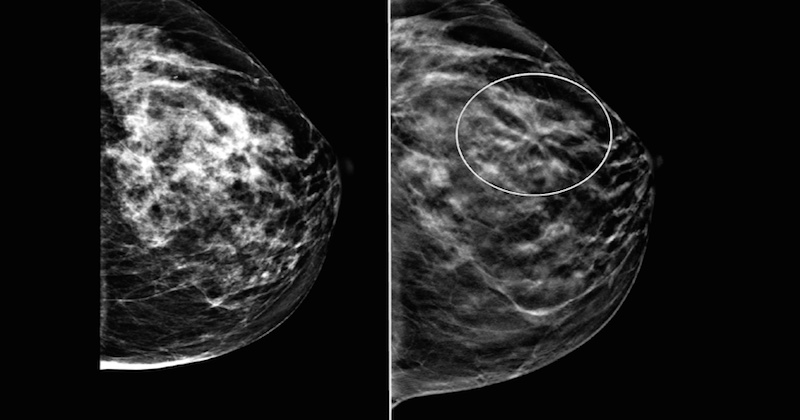 Mammogram Radiation Is Much More Damaging Than A Chest X-Ray

Mammograms use ionizing radiation at a relatively high dose, which can contribute to the mutations that lead to breast cancer. You can get as much radiation from one mammogram as you would from 1,000 chest X-rays. Mammography also compresses your breasts tightly, which can lead to a dangerous spread of cancerous cells, should they exist. Dr. Samuel Epstein, one of the world’s top cancer experts, has stated:

“The premenopausal breast is highly sensitive to radiation, each 1 rad exposure increasing breast cancer risk by about 1 percent, with a cumulative 10 percent increased risk for each breast over a decade’s screening.”

Another concern is that mammograms carry an unacceptably high rate of false positives—up to six percent! False positives can lead to expensive repeat screenings, exposing you to even more radiation, and can sometimes result in unnecessary invasive procedures such as biopsies, surgery, radiation, and chemotherapy.

In fact, if you undergo breast screenings, you have a 35 percent increased risk of having surgery. If a mammogram detects an abnormal spot in your breast, the next step is typically a biopsy.

This involves taking a small amount of tissue from your breast, which is then looked at by a pathologist under a microscope to determine if cancer is present. These biopsies are notoriously inaccurate, often leading to misdiagnosis and unnecessary treatments, not to mention undue emotional stress.

Just thinking you may have breast cancer, when you really do not, focuses your mind on fear and disease, and the stress is actually enough to trigger an illness. It is well established that stress has damaging effects on your health. So, a false positive diagnosis can be damaging to your health from multiple angles. In a 2009 Cochrane Database Systematic Review of breast cancer screening and mammography, the authors wrote:

“Screening led to 30 percent overdiagnosis and overtreatment, or an absolute risk increase of 0.5 percent. This means that for every 2000 women screened for 10 years, one will have her life prolonged, and 10 healthy women who would not have been diagnosed if they had not been screened, will be treated unnecessarily.”

“What is perhaps most disturbing about these findings is that, while they clearly call into question the safety and effectiveness of breast screenings, the studies upon which they are based use an outdated radiation risk model, which minimizes by a factor of 4 to 5 the carcinogenicity … What this indicates, therefore, is that breast screenings are not just “causing more harm than good”, but are planting seeds of radiation-induced cancer within the breasts of millions of women.” 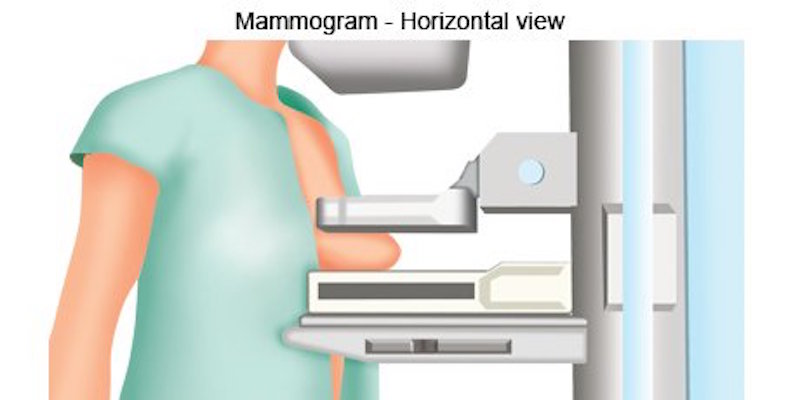 In September 2010, the New England Journal of Medicine, one of the most prestigious medical journals, published the first study in years to examine the effectiveness of mammograms. Their findings are a far cry from what most public health officials would have you believe.

The bottom line is that mammograms seem to have reduced cancer death rates by only 0.4 deaths per 1,000 women—an amount so small it might as well be zero. Put another way, 2,500 women would have to be screened over 10 years for a single breast cancer death to be avoided.

The safer alternative to mammogram – thermography.

Recent discoveries suggest that your immune system is designed to eliminate cancer. However, when you implement caustic medical interventions (such as radiation and chemotherapy) that damage your immune system so that it cannot respond appropriately, you are destroying your body’s best chances for healing.

Unfortunately, mammograms tend to increase the likelihood that women will undertake medical procedures that interfere with this natural healing ability. There is now a great deal of scientific evidence supporting the theory that your own immune system is your best cancer weapon:

The presence of white blood cells in and around a tumor is often an indication that the cancer will go into remission—or even vanish altogether—as this New York Times article explains. And breast cancer is no exception.

Thirty Percent of Breast Tumors Go Away on their Own

According to breast surgeon Susan Love of UCLA, at least 30 percent of tumors found on mammograms would go away if you did absolutely nothing.

These tumors appear to be destined to stop growing on their own, shrink, and even go away completely. This begs the question—how many cancer cures that are attributed to modern interventions like chemotherapy and radiation, are actually just a function of the individual’s immune system ridding itself of the tumor on its own?

How many people get over cancer in spite of the treatments that wreak havoc on the body, rather than because of them? It is impossible to definitively answer this question.

But it is safe to say that the strength of your immune system is a major factor in determining whether or not you will beat cancer, once you have it. Nearly everyone has cancerous and pre-cancerous cells in their body by middle age, but not everyone develops cancer. The difference lies in the robustness of each person’s immune system.

Dr. Barnett Kramer of NIH says it’s becoming increasingly clear that cancers require more than just mutations to progress. They need the cooperation of surrounding cells, certain immune responses, and hormones to fuel them. Kramer describes cancer as a dynamic process, whereas it used to be regarded as “an arrow that moved in one direction” (e.g., from bad to worse). What does this mean for you?

One way to strengthen your immune system is to minimize your exposure to mammograms and other sources of ionizing radiation. But you can also build up your immune system DAILY by making good diet and lifestyle choices. One of the best ways to do this is by optimizing your vitamin D level.

Vitamin D, a steroid hormone that influences virtually every cell in your body, is one of nature’s most potent cancer fighters. Receptors that respond to vitamin D have been found in almost every type of human cell, from your bones to your brain.

Your liver, kidney and other tissues can convert the vitamin D in your bloodstream into calcitriol, which is the hormonal or activated version of vitamin D. Your organs then use it to repair damage and eradicate cancer cells. Vitamin D is actually able to enter cancer cells and trigger apoptosis, or cancer cell death. 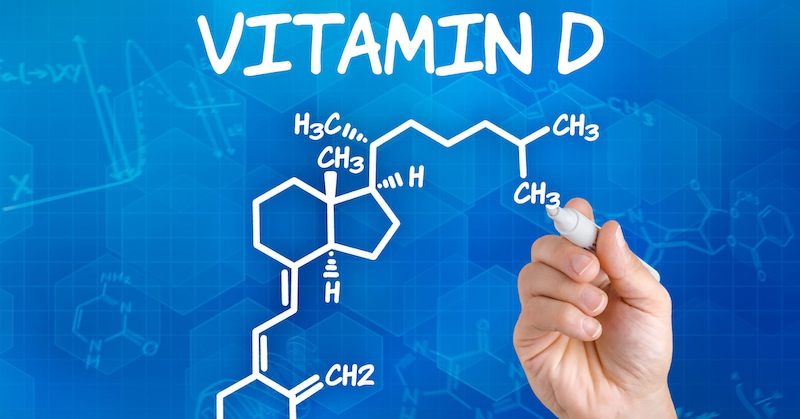 When JoEllen Welsh, a researcher with the State University of New York at Albany, injected a potent form of vitamin D into human breast cancer cells, half of them shriveled up and died within days. The vitamin D worked as well at killing cancer cells as the toxic breast cancer drug Tamoxifen, without any of the detrimental side effects and at a tiny fraction of the cost.

I strongly recommend making sure your vitamin D level is 70 to 100ng/ml if you’ve received a breast cancer diagnosis. You can achieve this through direct, safe exposure to ultraviolet light, or if this is not possible, by taking an oral vitamin D3 supplement. Vitamin D works synergistically with every cancer treatment I am aware of, without adverse effects.

Please watch my free one-hour lecture on vitamin D for more information. For a comprehensive guide to breast cancer prevention and treatment, refer to this previous article. Some of the other research-based breast cancer fighters include the following:

If You Are Diagnosed With Early Stage Breast Cancer

In the event that you are diagnosed with early stage breast cancer, always get a second opinion—and possibly a third and fourth. I cannot stress this enough, as false positive rates are just too high and the diagnostic criteria is too subjective. Before you make any decision about treatment, and definitely before you decide to have surgery or chemotherapy, make sure your biopsy results have been reviewed by a breast specialist who is knowledgeable and experienced in that field.

The majority of breast cancer is preventable. But if you are hit with that diagnosis, don’t lose hope! There is a great deal you can do to harness your body’s own powerful healing abilities.

The safer alternative to mammogram – thermography.