Vitamin D is more than just a vitamin. It literally functions as a steroid hormone in the body. If you get little sun throughout the year, stay inside a lot or use sunscreen, then Vitamin D supplementation is something to consider.

A deficiency is extremely common in western countries and may have disastrous consequences over the long term.

How do you tell if you have a vitamin D deficiency. Here are signs to look out for:

Here are 9 reasons to get your Vitamin D levels checked and start supplementing if needed.

1. It’s Hard To Get Enough From The Diet

When rays from the sun land on the skin, Vitamin D3 is produced from cholesterol. Historically, this used to be the main source of Vitamin D for humans. Today, however… as people use more and more sunscreen and avoid the sun, or live where there literally is no useful sun, a deficiency is extremely common (1). 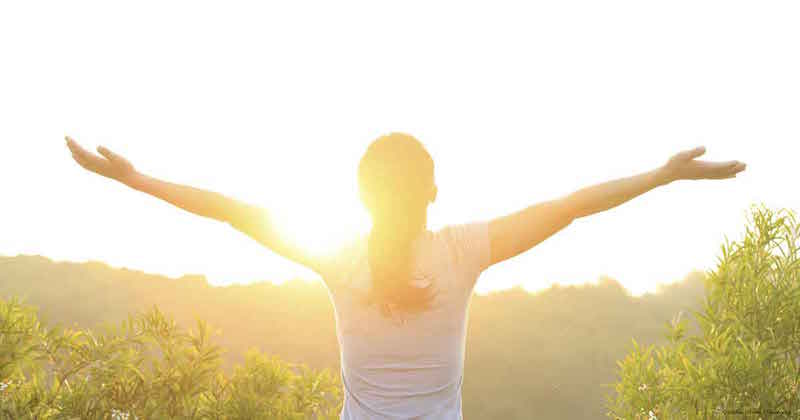 There are two main forms of dietary Vitamin D:

The animal form (D3) increases blood levels much more effectively than D2 (2). Unfortunately, there is only one decent source of D3 in the diet. A tablespoon of cod fish liver oil supplies 1350 IU, about double the RDA.

Other half-decent sources include fatty fish and foods that have Vitamin D added (such as fortified milk) but you would have to eat a lot of these foods to cover your needs. Of course, if you have the option, then getting some more sun while making sure to never, ever burn is probably the healthiest and most natural choice.

2. May Reduce Risk Of Death

Two separate meta-analysis of randomized controlled trials have revealed that supplementing with Vitamin D may reduce total mortality by about 6-7% (3, 4). This basically means that if you’re getting enough Vitamin D from sun or diet, then you’re slightly less likely to die over a certain period of time.

3. May Reduce Cancer Of All Causes

There are many different kinds of cancer, which is characterized by uncontrolled growth of cells in the body.

Vitamin D is a steroid hormone which can act as a transcription factor, travelling into the nuclei of cells to turn genes on or off. There is a fair amount of evidence to suggest that a deficiency is associated with increased risk of several types of cancer.

In a 4-year randomized controlled trial in 1179 healthy post-menopausal women, 1,100 IU of Vitamin D3 (along with calcium) reduced risk of developing cancer of all causes by 60% (5). A pretty significant finding, given that cancer is one of the nastiest and most common causes of death. We’ll need some more clinical trials to confirm this though.

However, there are also multiple epidemiological studies (observational… don’t prove anything) that show an inverse relationship for Vitamin D levels and cancer (6, 7, 8).

Cardiovascular disease is the #1 killer worldwide… the most common cause of premature death.

Several epidemiological studies (again, don’t prove anything) suggest that low Vitamin D levels may lead to elevated risk factors and increased risk of heart attacks (9, 10, 11) but controlled trials have so far been inconclusive (12, 13).

6. Reduces Incidence Of Type I Diabetes In Children

Type I diabetes is an autoimmune disorder caused by the immune system attacking the insulin-generating beta cells of the pancreas. This disease is usually diagnosed at a young age and used to be fatal before the discovery of insulin.

A cohort of 10,921 infants, followed since the day of birth, revealed that those who supplemented with 2,000 IU per day of Vitamin D had a 78% lower risk of developing Type I Diabetes (14).

A meta-analysis of epidemiological studies has confirmed this finding, showing a reduction in risk of 39% and the potential for a dose-response relationship (15). Additionally, there’s a lot of data linking Vitamin D supplementation to a reduced risk of Type II diabetes in adults.

7. Reduces Falls And Fractures In The Elderly

The elderly are at particularly high risk of deficiency, partly because they don’t get as much sun.

In randomized controlled trials of elderly individuals, supplementing with Vitamin D has lowered risk of both falls and fractures. The dose required is 800 IU (at least)—400 IU had no effect (16, 17, 18).

8. May Be Protective Against Flu And Asthma Attacks

In school children, a randomized controlled trial revealed that supplementing with Vitamin D reduced risk of Influenza A infection by 42% and also significantly reduced the occurrence of asthma attacks (19).

Low blood levels of Vitamin D do appear to be associated with increased respiratory infections, suggesting that it has an important role to play in immune defense (20, 21).

9. The Recommended Daily Allowance (RDA) May Be Too Low

Many experts believe that the RDA is way too low, especially for people who aren’t exposed to the sun a lot (22, 23). Previously, Vitamin D was mainly believed to cause rickets in children. Today, Vitamin D status has now been implicated in a host of other diseases, some of which kill millions of people every year.

It is beyond the scope of this article to explore all of them, but it seems pretty straightforward that optimizing your Vitamin D levels can help you live a longer and healthier life. Be aware that in most of the studies above, the dosages used were quite small. It is a definite possibility that the results would be much stronger using higher doses.

Get Your Vitamin D Levels Checked!

If you don’t get a lot of sun and think you might be deficient, then you need to see a doctor and have your levels of 25-Hydroxy-Vitamin D measured (the storage form of the vitamin).

According to the Vitamin D Council, a blood level of 50-80 ng/ml (125-200 nmol/L) is your best bet for optimal health and disease prevention.

If you’re deficient, and increasing sun exposure is not an option, then you should start supplementing with Vitamin D3. Choose a brand that has oil-filled caps, because it’s a fat-soluble vitamin.

The required dosage depends on the individual and needs, to be optimized over time. A risk of toxicity is extremely low. You’d need to take a ridiculous amount of the Vitamin D for extended periods of time for that to happen.

If you do decide to get your Vitamin D from the sun, then just make sure to never, ever burn.

I take a tablespoon of cod fish liver oil every day, then supplement with 6,000 IU of Vitamin D3 throughout the winter. This brings my daily total to about 7,000 IU per day.

You may need more, or less, or you may need none at all. Only your doctor and a blood test can give you the answer.