The Colon Cancer-Causing Imbalance Many Vegetarians Don’t Know About

A new study suggests that the saying “you are what you eat” is more than just an old adage. According to the research, led by scientists from Cornell University, cultures that have adhered to strictly vegetarian diets for many generations have developed a unique genetic mutation that could put them them at increased risk for heart disease and colon cancer. 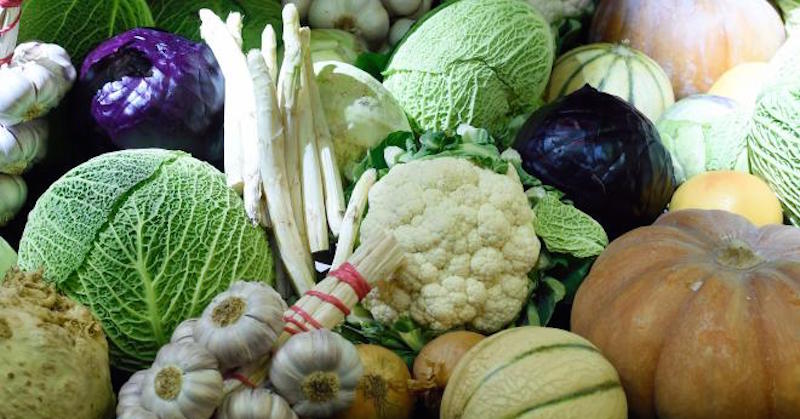 Fatty acids serve as the building blocks of fats in our body, and play important European Food Information Council, the human body is able to produce all the fatty acids it needs, except for two: omega-6 fatty acids and omega-3 fatty acids. We get these from our food.

The conversion of plants into fatty acids is a complicated metabolic process. When animals eat plants, their bodies metabolize the nutrients within into fatty acids, which we absorb when we eat the animals. Vegetarians, however, must go through this process on their own, metabolizing the fatty acids directly from their plant diet.

We all use the enzymes FADS1 and FADS2 to break down omega-6 and omega-3 fatty acids for our bodies to use for brain development and controlling inflammation. In their study, the team identified a mutation, rs66698963, in the gene responsible for expressing FADS 1 and FADS 2.

An insertion mutation, characterized by extra base pairs, caused an increase in the production of the two enzymes and a better ability to produce fatty acids from plants—which is why it was dubbed the vegetarian allele.

The researchers looked at how this insertion varied between 234 primarily vegetarian Indians and 311 meat-eating Americans (mostly from Kansas). They found that insertions existed in 68 percent of the Indians but only 18 percent of Americans, which makes sense, considering the group of Indians used in the study had practised vegetarianism for thousands of years.

Then, armed with data from the 1000 Genome Project, they discovered that the vegetarian allele existed in 70 percent of South Asians, 53 percent of Africans, 29 percent of East Asians, and just 17 percent of Europeans.

Though the insertion may help vegetarians produce precious fatty acids, it is also associated with health risks. In the body, omega-3 fatty acids constantly compete with omega-6 fatty acids to be metabolized.

Having too much omega-6 fatty acids in your diet could reduce the amount of omega-3s that can be metabolized, and this specific imbalance is linked to an increased risk for heart disease and colon cancer. However, co-author Dr. Alon Keinan told Medical Daily that there is an easy way for those whose ancestors were vegetarians to avoid these health risks.

“[Those with an ancestral history of vegetarianism] would do perfectly well, as long as they avoid some foods that are vegetarian but high in omega-6, specifically plant-based oil,” Keinan wrote in an email. “More in general, vegetarians in industrialized countries tend to rely heavily on plant-based oil, which is rich in omega-6, and can lead … to inflammation-related diseases.”

The team found the opposite type of gene mutation in Inuit Natives in Greenland, whose diet consisted mainly of fish and other marine animals. Rather than having an insertion, this group had a deletion, or the absence of a section of DNA. This ensured the population didn’t consume too many omega-3 fatty acids, which are abundant in fish—eating too much can lead to health issues, such as colitis and other immune disorders.

“Our study is the first to connect an insertion allele with vegetarian diets, and the deletion allele with a marine diet,” said co-lead author Kaixiong Ye in a recent statement. He said the two genetic variations probably emerged early in our evolutionary history, when people around the world migrated to different environments. “Sometimes they ate a plant-based diet and sometimes they ate a marine-based diet, and in different time periods these different alleles were adaptive.”

The study is just one more example of how our dietary habits can change our genome. One of the most notable diet-based mutations is the human ability to digest milk. All humans are born capable of breaking down the enzymes in milk, but for most people, this ability fades once they enter adulthood. A genetic mutation that allows some people to keep drinking milk, however, is common among modern Europeans and those of European descent.

According to Berkeley University, around 10 percent of Americans are lactose-intolerant, compared to 99 percent of Chinese. This is because having the gene for lactose tolerance was only advantageous in cultures that had access to domesticated dairy animals, and relied on them for food and milk.

This article is shared here with permission from our friends at medicaldaily.com (in partnership with FamilyLifeGoals.com)