Coffee and Caffeine—How Much Can You Safely Drink?

Coffee is controversial. Depending on who you ask, it is either a wonderful beverage or addictive poison. I’ve looked at the science, and it seems pretty clear that coffee has been unfairly demonized. So, really, how much coffee can you actually drink daily to benefit from it?

Coffee is a complex beverage, with hundreds of bioactive compounds. In fact, it is the single biggest source of antioxidants for many people (1, 2).

Studies also show that coffee drinkers have a lower risk of diseases like type 2 diabetes, neurological disorders and liver diseases (3). However, just because a little bit of something is good, it doesn’t mean that a whole lot is necessarily better, or even safe. 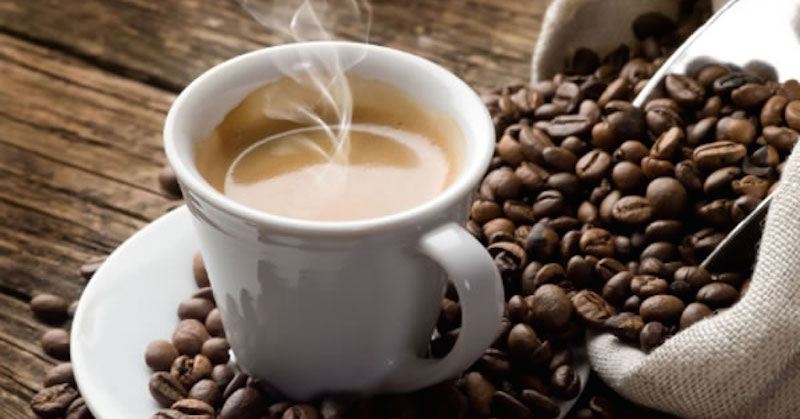 So, how much coffee is too much, and what is the “sweet spot” to maximize the health benefits while minimizing the risks?

How Much Caffeine Is In A Cup Of Coffee?

The active ingredient in coffee is caffeine, the most commonly consumed psychoactive substance in the world (4).

The caffeine content in a cup of coffee is highly variable, ranging from 50 to 400+ mg per cup. A small home-brewed cup of coffee could contain 50 mg, while a big 16 oz Starbucks grande can contain over 300 mg.

As a general rule, you can assume that an average 8 ounce cup of coffee contains around 100 mg of caffeine. Several sources suggest that 400 mg of caffeine, or 4 cups of coffee, are safe for most healthy adults (3, 5).

However, many people (including myself) drink much more than that without any issues. Keep in mind that there are many other sources of caffeine besides coffee, including tea, soft drinks, energy drinks, chocolate and certain medications (6, 7).

Bottom Line: The amount of caffeine in a cup of coffee can range from 50 to over 400 mg. Many sources recommend 400 mg of caffeine per day as the safe upper limit for healthy adults.

Short-Term Symptoms Of Too Much Caffeine

When it comes to the health effects of coffee, there are both short and long-term symptoms. Let’s talk about the short-term symptoms first, which are mostly related to the caffeine itself.

Caffeine works primarily in the brain, where it affects the function of neurotransmitters and exerts a stimulant effect. If you drink too much coffee in a short amount of time, you will experience symptoms mostly related to your brain and digestive system.

Here are some common symptoms of ingesting too much caffeine:

If you experienced such symptoms after drinking coffee, then you may be sensitive to caffeine and may want to cut back your intake (or simply avoid caffeine altogether). It is possible to die from a caffeine overdose, but this is next to impossible to do with coffee alone. You would have to drink more than 100 cups in a single day.

Bottom Line: Ingesting too much caffeine can cause various symptoms, mostly related to the brain and digestive system.

Caffeine affects people in different ways. Many genes have been discovered that affect our sensitivity to caffeine (8, 9). These genes have to do with the enzymes that break down caffeine in the liver, as well as receptors in the brain that are affected by caffeine. 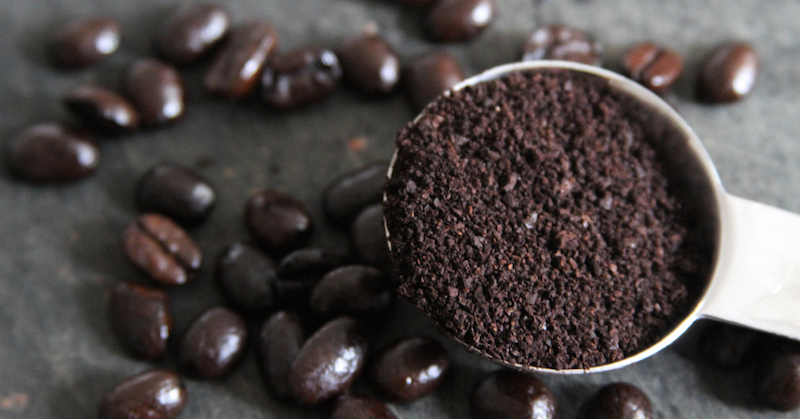 The effects of caffeine on sleep are also genetically determined (10). Some people can drink coffee and go to sleep right after, for others it keeps them awake throughout the night. Depending on your genetic makeup, you may tolerate a lot of caffeine, or very little. Most people are somewhere in the middle.

People’s individual tolerance is also very important. Those who drink coffee every day can tolerate much more than those who drink it only rarely. It’s also important to realize that medical conditions can affect sensitivity to caffeine.

If you have anxiety, panic disorder, heart arrhythmia, high blood pressure, diabetes, take medication or have any sort of medical condition, then you may tolerate less caffeine and should speak to a doctor.

Bottom Line: Sensitivity to caffeine is highly variable, and depends on genes related to caffeine breakdown and receptors for caffeine in the brain.

Some Studies Have Shown That Coffee Can Help You Live Longer

Now we’ve gone over the short-term effects of coffee/caffeine. But what about long-term effects, such as how long we live?

A groundbreaking study was published in the New England Journal of Medicine in the year 2012, looking at 402,260 individuals between 50 and 71 years of age (11).

This graph shows the relationship between coffee consumption and the risk of dying during the 12-13 year study period:

As you can tell from the graph, the “sweet spot” for the lowest risk of death seems to be at 4-5 cups per day.

Two other review studies found that 4 cups (12) and 4-5 cups (13) were associated with the lowest risk of dying over the study periods.

However, I’d like to point out that the research isn’t settled on this. One recent study found that 4 or more cups per day were linked to an increased, but not decreased risk of death, in people under 55 years of age (14).

Bottom Line: Although the evidence is mixed, several studies have shown that coffee drinkers live longer, with the optimal amount of coffee being around 4-5 cups per day.

Coffee Drinkers Have A Lower Risk of Some Diseases

Coffee consumption has also been linked to reduced risk of various diseases.

Here are some of the main findings:

Looking at this, aiming for 4-5 cups of coffee (or more) seems to be optimal.

It’s important to keep in mind that all of these studies are observational in nature. These studies can not prove that coffee caused the reduction in disease, only that the coffee drinkers were less likely to get the disease.

However, given that the results are strong and consistent among many studies, it seems like there could be some truth to them. In most cases, decaf coffee should have the same beneficial effects. An exception is Parkinson’s disease, which seems to be primarily affected by the caffeine.

Bottom Line: Coffee consumption has been linked to a reduced risk of many diseases, with the greatest effects seen at around 4-5+ cups per day.

Caffeine Should Be Minimized (Or Avoided) During Pregnancy

In pregnant women, caffeine can cross the placenta and reach the fetus, which has problems metabolizing caffeine.

Some studies have linked a high consumption of caffeine in pregnancy to increased risk of miscarriage, stillbirth, premature delivery and lower birth weight (23, 24, 25, 26).

It is generally recommended that women limit their intake to 100-200 mg of caffeine per day (about 1-2 cups of coffee). However, many experts recommend avoiding coffee completely during pregnancy. If you want to be absolutely safe, then this is a smart choice.

Bottom Line: Concerns have been raised about caffeine in pregnancy, and it is generally recommended to avoid or minimize coffee when pregnant.

How Much Coffee Is Optimal?

From looking at the evidence, it seems like 4-5 cups per day may be the optimal amount to drink. This amount is linked to the lowest risk of premature death, and a lower risk of numerous common diseases, some of which affect hundreds of millions of people. 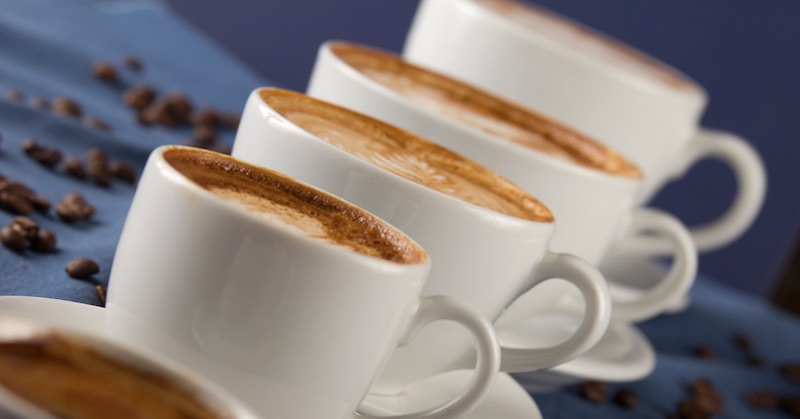 Of course, this doesn’t mean that people need to drink coffee. People who are caffeine sensitive, have certain medical conditions or simply don’t like coffee, should definitely avoid it.

Also, if you like coffee but it tends to give you anxiety or interfere with your sleep, then you may be doing more harm than good.

It’s important to remember that it is easy to negate the benefits of coffee by adding sugar or other unhealthy, high-calorie ingredients to it. For tips on getting the maximum amount of benefit from your coffee, try this coconut oil coffee creamer.

For people who enjoy drinking coffee, there is very little evidence of harm and plenty of evidence of benefit. Even though 4-5 cups per day may be optimal, many people can tolerate more than that without any problems.

If you like drinking a lot of coffee, then there doesn’t seem to be any good reason to discourage it. I personally average around 5-6 cups per day. Some days more, some days less.

I’ve been drinking this amount for years now, and my health has never been better.