"Cheap Meat" May End Up To Be More Costly, Dangerous And Harmful. Buy Safe.

For several decades, Americans have enjoyed paying low prices for meat at the grocery store. Unfortunately, many are unaware of the hidden costs of “cheap meat”—and when you add them up, they are substantial.

The manner in which most commercial livestock is raised is wasteful of precious resources and destructive to the environment, in some ways irreparably. In addition to the broader ecosystem, people and wildlife have been paying dearly with their health.

The documentary “Meat of the Matter” traces the trail of destruction left by the commercial meat industry.

On the brighter side, a new breed of ranchers is leading the meat revolution by returning to traditional styles of animal husbandry, farming in a manner that actually supports and restores the earth as opposed to recklessly using it up.

The US Meat Racket 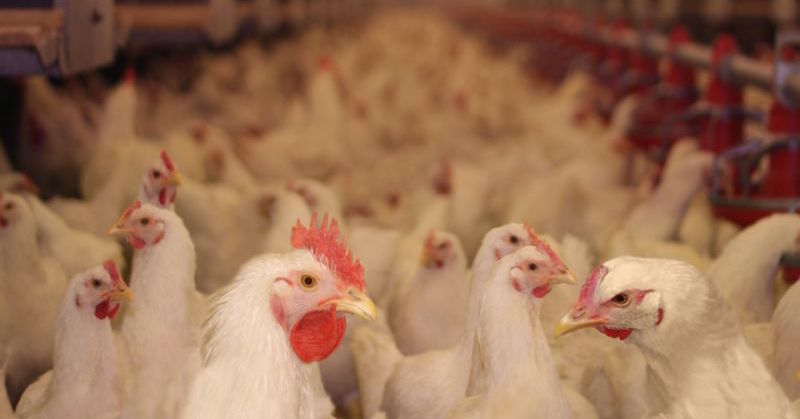 Food production has been built around efficiency—producing more for less. Worldwide, tens of billions of animals are crammed into feedlots, where they’re tortured by unhealthy, unsanitary, and cruel conditions.

This is the “cheapest” way to raise meat, for the largest profits. Making matters worse, the government subsidizes these operations, shrewdly fleecing American taxpayers in order to keep the meat monopoly going.

Smaller American ranchers wishing to offer traditionally raised grass-fed meats, who care about quality and environmental impact, face higher operational costs and must charge a premium for their product.

Most of the grass-fed beef sold in the US—as much as 85 percent—is actually imported from Australia and New Zealand because those countries still have plentiful grasslands, as well as a climate that permits year-round grazing. As a result, Australian ranchers can sell their meat for less than American ranchers.1

Ideal protein intake for most is approximately one-half gram of protein per pound of lean body mass, which is typically 40 to 70 grams per day. Protein quality is as important as quantity. The best approach is to consume a wide variety of high–quality, grass-fed animal- and plant-based organic whole foods, such as the following:

In addition to eating too much meat, the majority of the excess is of poor quality, originating from CAFOs where the animals are fed an unnatural diet of glyphosate-contaminated genetically engineered grains, instead of fresh grass.

Feeding animals a species-appropriate diet profoundly improves the nutritional quality of their meat, which has been established by science. It also virtually eliminates toxins such as glyphosate and other pesticides, which is the other side of the healthy diet equation. 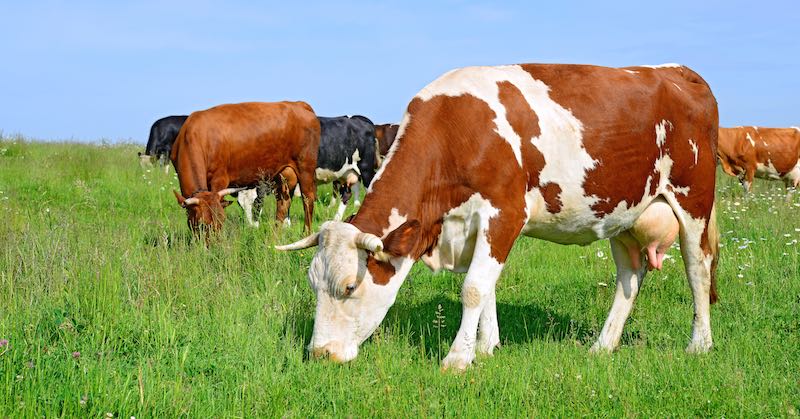 In 2009, a joint research project between the US Department of Agriculture (USDA) and Clemson University determined the numerous ways grass-fed beef beats grain-fed beef for your health. In a side-by-side comparison, they determined that grass-fed beef was superior in the following ways:2

Slaughtering should not to be taken lightly, for multiple reasons, not the least of which is animal welfare. Besides treating animals inhumanely, you may not realize that how an animal is slaughtered affects food safety and the quality of the meat itself.

Improper slaughtering adversely affects meat quality due to physiological changes that occur when an animal becomes stressed at the time leading to slaughter. According to slaughtering guidelines posted by the Food and Agriculture Organization (FAO) of the United Nations:3

This lactic acid is necessary to produce meat, which is tasteful and tender, of good keeping quality and good color. If the animal is stressed before and during slaughter, the glycogen is used up, and the lactic acid level that develops in the meat after slaughter is reduced. This will have serious adverse effects on meat quality.”

Improperly handled animals become stressed, particularly while being prepared for slaughter. The meat of stressed animals has even been shown to spoil faster.4 Animals are also far stressed living in CAFOs than on open pasture, and these stressed, injured and frequently diseased animals produce lower quality meat.

Meat that’s bruised from injuries received during handling, penning, transport and slaughter must be thrown away, which is a major source of waste. According to the legendary Temple Grandin, there are five basic causes of animal welfare problems in slaughter plants:5

Your Burger With A Side Of Antibiotics

It’s virtually impossible to mass-produce clean, safe, optimally nutritious foods at rock bottom prices. To prevent the inevitable spread of disease from stress, overcrowding and an unnatural diet, feedlot animals are routinely fed antibiotics and other growth-promoting drugs and hormones. Today, more than 80 percent of total antibiotic use in the US is for livestock. 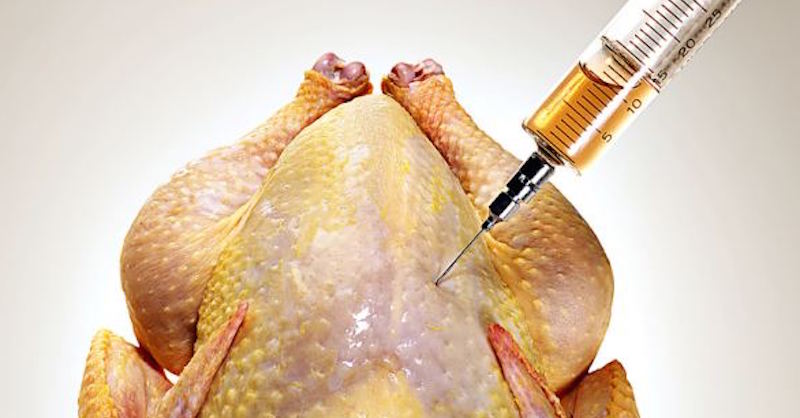 Nearly 25 million pounds of antibiotics are administered to American livestock each year. Careless antibiotic overuse by the commercial meat industry poses a direct threat to your health in the form of antibiotic-resistant superbugs.

When you eat food that contains antibiotics, you not only get the drug but also antibiotic-resistant bacteria. Twenty-two percent of antibiotic-resistant illness in humans is linked to food. Consuming foods containing antibiotic drugs also causes alterations in your gut flora (dysbiosis), which can cause problems with both your mental and physical health.

Foodborne illnesses are a growing concern—we hear about them regularly on the news—but they might be even more serious than previously thought. Mounting research shows that Alzheimer’s, Parkinson’s, and Lou Gehrig’s disease may be linked to a type of Mad Cow disease that results from the consumption of contaminated meats.

When shopping, keep the following labels in mind to help you find truly high-quality meat that’s free of antibiotics and other drugs:6

Are Greener Pastures Ahead?

Fortunately, there is a light at the end of the proverbial tunnel! Some farming and ranching pioneers are returning to the old ways, raising a wide variety of plants and animals in a way that copies a natural community.

This new breed of farmer believes that sustainability and concern for future generations is as important as turning a profit. Animals live out natural lifecycles where they’re happy and healthy and allowed to express instinctive behaviors. As sustainable agricultural champion Joel Salatin is fond of saying, pigs are allowed to express their “pig-ness”!

The key is to build healthy soil and healthy pastures—which of course grow healthy grass. As was said in the film, “There is more life below ground than above ground, and that’s a hard concept for people to get.” Animals roaming and grazing on pasture are strong, disease-free and unstressed, which produces the highest quality meat.

The entire food chain is connected—soils, plants, animals, humans, insects, fungi, and the rest—so supporting the bottom of the food chain ultimately supports your health. No-till agriculture is one of the best approaches to land regeneration, as 70 percent of the soil microbes responsible for plant health and communication are fungi (mycorrhizae), which tilling disrupts. Organic, biodynamic farms tend to be much smaller and cleaner, since the animals are not crammed together.

As a result, the animals are far less likely to harbor dangerous pathogens that contaminate the meat. When it comes time for slaughter, this is done in the field with minimal stress to the animal. As shown in the film, the animal is killed swiftly with a gunshot it never sees coming. Farming like this benefits the earth, the animals, the birds and the bees—and all of us.

Grass-fed beef, pastured poultry, and organic pastured eggs and dairy are becoming easier to find. Larger grocery chains are jumping on the “organic band wagon,” but purchasing from your local organic farmers and ranchers is preferred. Here are a few tips for finding sources near you: