Elderberry Syrup Recipe To Beat Cold And Flu At Any Season

by: Sara Ding
in Health Benefits

Elderberries come from the European Black Elderberry plant, which is found throughout the world. While there are various subspecies of the Elderberry shrub, the berries and the flowers of the plant are always beneficial.

The use of elderberries is a common part of traditional medicine in many cultures. This is due to the antioxidants the berries contain and the anti-inflammatory properties of the berries. The health benefits do not stop there. Here are some additional benefits of consuming elderberries. 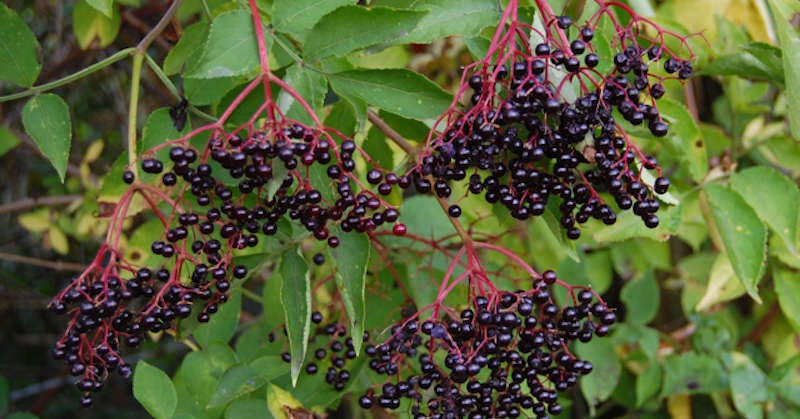 Elderberries Can Prevent Colds And Flus

According to a study from 2011, consuming black elderberry can help to inhibit the replication of influenza A and B viruses. It was also found to help kill various bacteria known to cause upper respiratory infections.

Eating elderberries can fight the cold or flu and ease symptoms for those that already have a cold or flu. As part of the study, researchers determined that symptoms were relieved four days earlier, on average, when compared to the use of medications to treat colds and flus.

Part of the reason for this ability to fight cold and flu symptoms is that elderberries protect the body at a cellular level. They inhibit damaging inflammation and boost the immune system.

Along with helping patients deal with the cold or flu, elderberries could be used to treat certain cancers and various immuno-suppressive diseases, such as AIDs. Elderberries can stop the production of hormone-like cytokines, which are responsible for the production of white blood cells that can cause inflammation.

The medicinal use of the elderberry is nothing new.  Mentioned in ancient medicinal texts, the humble black elderberry has been used as a multi-purpose treatment for centuries.  In 400 BC, Hippocrates referred to the elderberry bush as his “medicine chest” because of its varied uses, and it was mentioned several times in the writings of Pliny the Elder when he recorded  the practices of the ancient Romans.

Scientists have isolated the active compound in the elderberry.  It is called Antivirin and is found in proteins of the black elderberry.  The compound prevents the flu virus from invading the membranes of  healthy cells.

The main flavonoids present in elderberries are the anthocyanins cyanidin 3-glucoside and cyanidin 3-sambubioside,  and are detectable in plasma after oral intake of elderberry extract. A possible mechanism of action of elderberry extract in the treatment of influenza is that the flavonoids stimulate the immune system by enhancing production of cytokines by monocytes.  In addition, elderberry has been shown to inhibit the  haemagglutination of the influenza virus and thus prevent the adhesion of the virus to the cell receptors.  Anthocyanins also have an antiinflammatory effect comparable to that of acetylsalicylic acid;  this could explain the pronounced effect on aches, pain and fever seen in the group treated with elderberry syrup. (source)

This is especially important with something like the Avian flu, which, according to the CDC, has a mortality rate of 60% in the 600 cases reported worldwide.   At this point the Avian flu is rarely transmissible to, or between, humans.

The fear is that a mutation of the virus could change that, instigating a deadly pandemic.  (Alarmingly, the Avian virus has been successfully mutated by scientists, causing public outcry that this “research” could be weaponized in the future, but that’s a another story for another article.)

Since the first avian influenza outbreak, in 1997, there has been concern that the influenza A (H5N1) virus might either mutate and adapt to allow efficient transmission during the infection of mammals or reassort its gene segments with human influenza viruses during the coinfection of a single host, resulting in a new virus that would be both highly lethal and transmissible from person to person. Such events are believed to have preceded the influenza pandemics of 1918, 1957, and 1968. Several lines of evidence indicate that the currently circulating influenza A (H5N1) viruses have in fact evolved to more virulent forms since 1997, with a higher mortality among human cases, different antigenic properties, a different internal gene constellation,and an expanded host range.

According to a study by Zacay-Rones in 1995, black elderberry was proven to be effective against the Avian flu, specifically Panama B strain.

Elderberries can be consumed in various ways, but this easy syrup recipe is one of the simplest methods. By heating the elderberries and creating a warm juice, you will help to activate the compounds in the elderberries that are responsible for boosting your immune system.

It is not advisable to consume too much of raw elderberries juice due to its trace amounts of cyanide. Cooking it deactivates the toxicity. 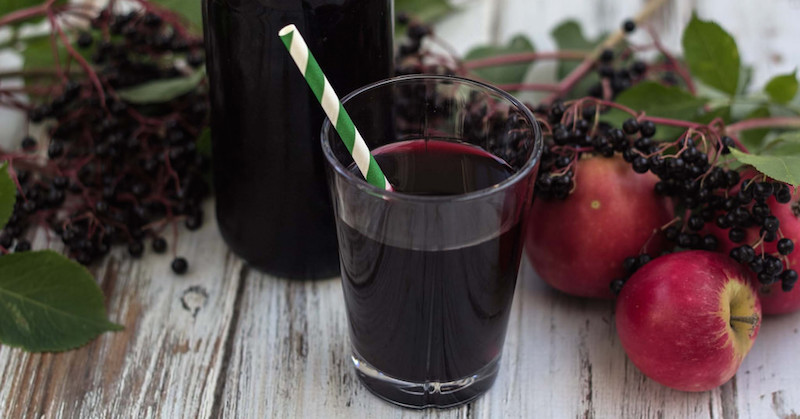 To make your own elderberry syrup, you will first have to prepare the elderberries. Clean the elderberries and place in a saucepan. Add enough water to cover. Bring the saucepan to a boil, turn off the heat, and let the elderberries sit for a few hours. Strain the liquid into a container and store in your fridge. You can discard the berries.

Combine 16 ounces of elderberry juice with 4 tablespoons of lemon juice. Mix thoroughly in a saucepan over medium heat. Bring to a boil and then simmer for 20 minutes. Remove from heat and stir in the raw honey. Drink the elderberry syrup while still warm.

Take this elderberry syrup every day to prevent cold or flus, or to lessen the symptoms—if you already have a cold or flu.

Consuming elderberries regularly will help improve your immune system and increase your body’s ability to fight disease and protect against influenza.