Can You Achieve Weight Loss with Fast Food?

The controversial documentary “Super Size Me” vividly showed the harmful effects of regularly eating fast food. For four weeks, filmmaker Morgan Spurlock consumed 5,000 calories a day from fast food meals, which caused his health to suffer to the point that his doctor warned him to stop his experiment to avoid more serious consequences.

Seven years later, “Fat Head“, a comedy-documentary created by health writer and comedian Tom Naughton, was released to challenge the findings of Super Size Me. (Look up the video on YouTube.com)

In Fat Head, Naughton eats only fast food for four weeks but loses about 12 pounds. He drank iced tea and water, unlike Spurlock who gained weight and drank a gallon of soda a day. Naughton also skipped French fries and bread.

“Having low cholesterol is unhealthy, because low-fat diets can cause depression and type 2 diabetes. Saturated fat is not the cause of heart disease — there are no studies that can conclusively prove that.

Consumption of vegetable oils was rapidly rising while consumption of animal fat was going down in the mid-1900s, when heart-disease rates started skyrocketing. About 50 percent of all heart-attack victims have normal or low cholesterol.” 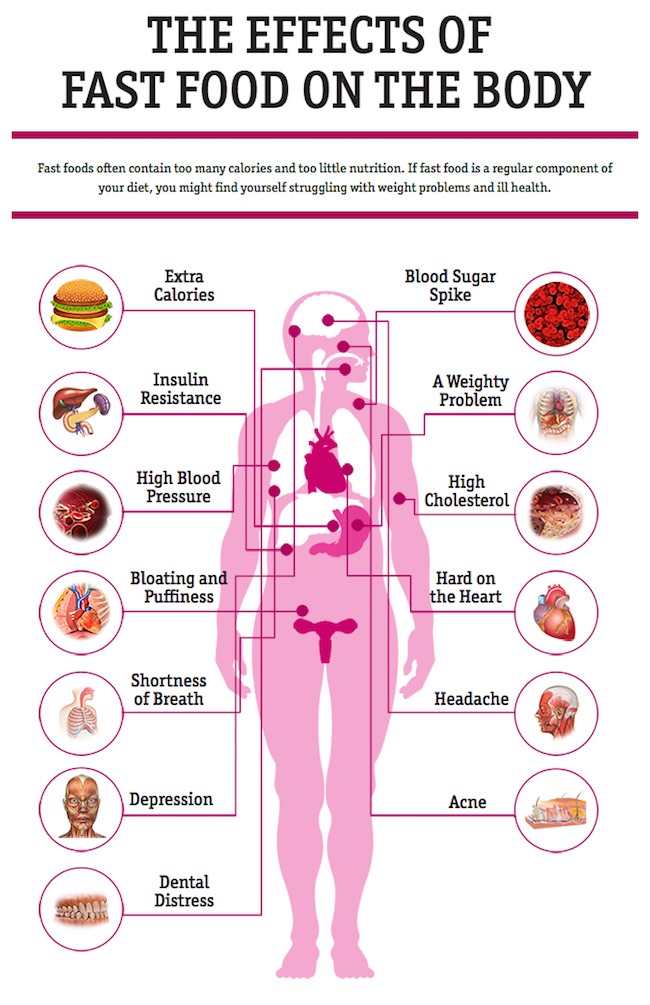 Dr. Mercola believes that Naughton’s weight loss can be attributed to the fact that he reduced his consumption of grains and sugars in the form of soda, bread, and French fries. He concedes that you “may be able to eat carefully—eat fast food for a month and lose weight the way Naughton did.”

But since fast food is heavily-processed food coming from feedlot animals and is injected with synthetic hormones and antibiotics, you expose yourself to a number of harmful substances even if you don’t gain weight. High amounts of sugar, high fructose corn syrup, salt, preservatives, MSG, and other additives are also added during manufacturing.

Studies have revealed that eating fast food just twice a week doubles your risk of developing insulin resistance and can make you gain 10 pounds, Dr. Mercola points out. He believes that insulin resistance is a major contributing factor to many chronic illnesses, including cancer, diabetes, and heart disease.

If you want to protect your health and keep your family healthy, avoid all types of processed food. Spend more time in the kitchen preparing well-balanced and wholesome meals.