Conventional Potatoes Are Grown With 31 Cancer-Causing Toxins From Pesticides

Potatoes have long been used as a great addition to a variety of dishes in almost all cultures. There are many ways to prepare them: steamed, boiled, mashed or fried. 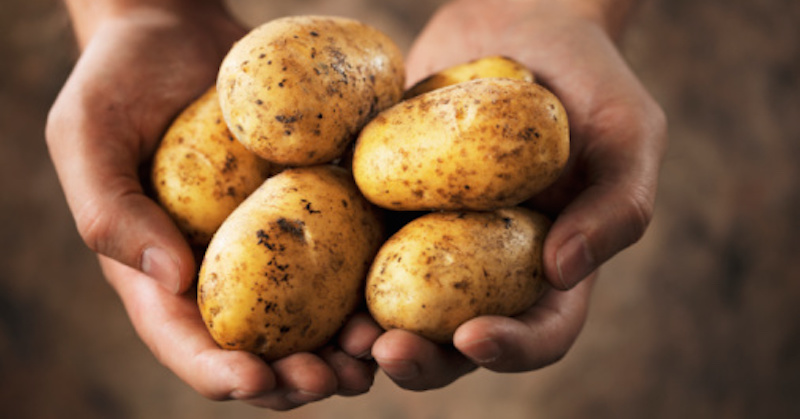 Potatoes are a good source of dietary fiber and contain a very small amount of fat. Certain types of potatoes, such as the red and russet potatoes, have good amounts of vitamin A and C and also contain flavonoids.

When prepared in the right way, potatoes have so many nutritional benefits, yet they often get a bad rap for being associated with starch and carbs.

Read about the health benefits of potatoes.

While this alone shouldn’t be enough to put you off of buying potatoes in general, you may want to consider switching to organic after you find out just how many chemicals are being added to conventional potatoes during their growth.

A study conducted by the U.S. Department of Agriculture found that the average potatoes contained more pesticides by weight than any other type of produce. They have also been shown to have a higher concentration of pesticides compared to most other produce. 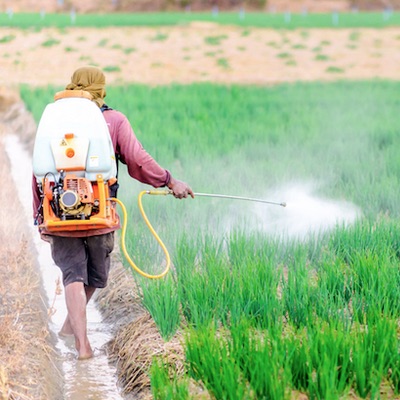 Chlorpropham is a plant growth regulator that is used to keep potatoes from sprouting. It is the most common pesticide when it comes to potatoes, and high levels of chlorpropham have been reportedly found on 80% of all conventionally grown potatoes.

According to a study conducted by Cornell University, too much exposure to chlorpropham may cause adverse reproductive effects and put you at risk of developing carcinogenic tumors. It also may cause irritation of the eyes and skin.

Imidacloprid is an insecticide that was made to mimic nicotine (as nicotine is toxic to insects) and is found on approximately 25% of all conventionally grown potatoes. Exposure to imidacloprid can cause a variety of unpleasant symptoms including skin or eye irritation, dizziness, breathlessness, confusion or vomiting.

How to Avoid Pesticides

The best way to avoid all of the harmful chemicals added to conventionally grown potatoes is to opt for organic or grow it yourself.

According to a study conducted by Cynthia Curl of the University of Washington, people who reported that they “often or always” buy organic produce have been found to have significantly less amounts of insecticide in their urine. This is very significant, especially due to the fact that organic-buyers reportedly eat 70% more produce than individuals claiming that they “rarely or never” purchase organic produce.