by: Sara Ding
in Sensational Stimulants

Rosemary has long been associated with good memory. Dr. Chris Van Tulleken says there are three types of memories: past, present, and future. Each plays a different role and each has its own difficulties.

We forget our spouse’s birthday. We forget to pick up grocery on the way home. We forget what we just did, or what we went into the kitchen for. We forget, we forget. How do you naturally and easily improve and retain your memory?

Professor Mark Moss at Northumbria University in Newcastle, England, had a team running an experiment to test whether rosemary essential oil could benefit future-memory. The team recruited 60 older volunteers to test rosemary oil’s effects on memory. 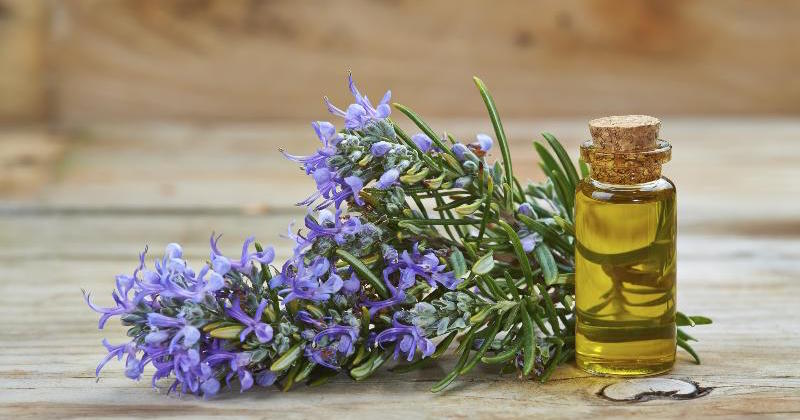 The volunteers were asked to sit in a room infused with either rosemary oil, lavender oil, or no aroma at all. When asked about the smell in the room, the researchers passed the questions off, saying the smell was irrelevant or “left over from the previous group.”

The subjects in one room did surprisingly better than those others at remembering these seemingly menial tasks and questions. The team who fared better was set up in the rosemary-infused room. Those in the lavender-infused room had a significant decrease in performance (because lavender is a natural sedative).

There are compounds in rosemary oil that help with memory. One, 1,8-cineole smells very nice, causes an increase in activity of a neurotransmitter called acetylcholine. Inhalation is one of the best ways to get rosemary’s effects straight to your brain.

Mark and his team were able to analyze blood samples from the subjects, and found traces of the memory-boosting chemicals from rosemary oil in the blood of those who sat in the rosemary-infused room.

There are troubles associated with implementing your own brain-boosting medicines, even if it is just the idea of inhaling natural essential oils. This study was performed to better understand rosemary’s potential use in fighting mental disorders like dementia, but you can also bring some of this knowledge home.

Other Benefits of Rosemary Essential Oil

Rosemary oil has been extensively used and studied since ancient times for a variety of health benefits. Today, it is included in many medicinal preparations, with many potential offerings. Organic Facts cites some of them:

How To Use Rosemary Oil

To use rosemary oil to improve your future memory, mix 3 drops of rosemary oil with ½ teaspoon of coconut oil and rub on upper neck or diffuse for one hour a day.