How To Make Walking More Effective For Stress, Pain, Hypertension And Better Sleep

High intensity interval training (HIIT) has been shown to be one of the best forms of exercise in terms of both effectiveness and efficiency. In fact, the evidence shows that by focusing on endurance-type exercises, such as jogging on a treadmill, you actually forgo many of the most profound benefits of exercise.

The problem is that many are so out of shape and/or overweight, the idea of high intensity interval exercises can seem too daunting to even attempt. The elderly may also shy away from high intensity exercises, for fear of injuring themselves.

For those of you who are aware of the benefits of HIIT but haven’t been able to implement it for one reason or another, findings from a Japanese study may offer hope. Walking tends to be among the easiest exercises to perform, no matter what your age or fitness level, and walking can also be turned into an effective high intensity exercise.

For the last decade, Dr. Hiroshi Nose and colleagues at the Shinshu University Graduate School of Medicine in Matsumoto, Japan, have developed walking programs for the elderly.

In light of the benefits associated with HIIT, Dr. Nose created a regimen of fast walking and gentle strolling, to see if this kind of program might provide greater fitness benefits than walking at a steady pace.

The program consisted of repeated intervals of three minutes of fast walking, aiming for an exertion level of about six or seven on a scale of one to 10, followed by three minutes of slow strolling. The results turned out to be very promising. As reported by the New York Times:1

“In their original experiment, the results of which were published in 2007, walkers between the ages of 44 and 78 completed five sets of intervals, for a total of 30 minutes of walking at least three times a week.

A separate group of older volunteers walked at a continuous, moderate pace, equivalent to about a 4 on the same exertion scale.

After five months, the fitness and health of the older, moderate group had barely improved. The interval walkers, however, significantly improved aerobic fitness, leg strength and blood-pressure readings.”

In December 2014, the team published a follow-up report2 on the participants in this earlier research, noting that 70 percent of the participants were still adhering to the walking program two years after the study ended, and the health benefits remained stable.

Everyone Can Benefit From Walking More

This strategy can be an excellent entry into higher intensity training, regardless of your age and fitness level. The Japanese researchers recommend doing this “moderately-intense” interval walking for about 10 minutes three times a day, three days per week.

As you’ve probably heard by now, chronic sitting is the new smoking, raising your risk of an early death from poor health independently of your fitness and other lifestyle habits.

According to Dr. James Levine, co-director of Obesity Solutions at Mayo Clinic in Phoenix and Arizona State University, you need at least 10 minutes of movement for every hour you sit down.

My personal recommendation is to limit sitting to less than three hours a day, and to make it a point to walk more every day. I suggest aiming for 7,000 to 10,000 steps per day, and a fitness tracker can be a very helpful tool to monitor your progress and ensure you’re hitting your mark.

Keep in mind that this walking is in addition to your regular fitness regimen, not in lieu of it. Tracking your steps can also show you how simple and seemingly minor changes to the way you move around at work can add up. For example, you can:

If you’ve taken such advice to heart and are getting more walking into your day, consider switching up the pace at regular intervals as suggested in the featured study, interspersing bouts of speed walking followed by more casual strolling.

In study after study we find that it is this intermittent high and low intensity that appears to produce the most significant results. So simply by exerting yourself intermittently when walking, you can dramatically increase the return of your effort without spending any extra time on it.

The Benefits Of Lunch Hour Walking 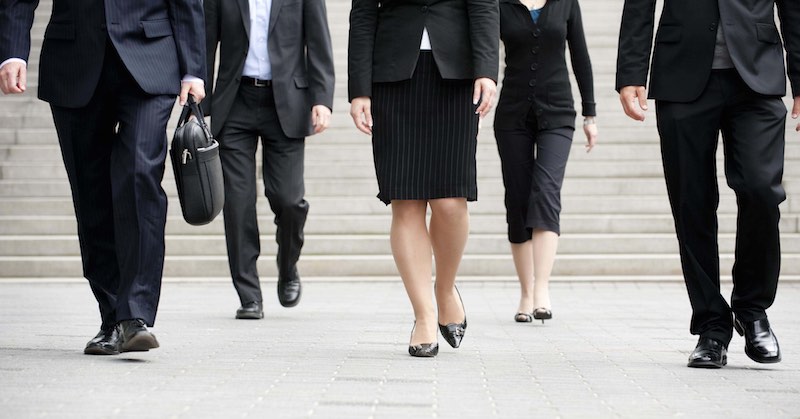 Taking a walk during your lunch hour can also have a significant impact on your mood and help reduce work-related stresses, according to other recent research.3 To assess how walking might affect mood and work-related stress in the immediate term, 56 sedentary office workers were asked to walk for 30 minutes during their lunch break, three times per week. As reported by the New York Times:4

“The volunteers completed a series of baseline health and fitness and mood tests at the outset of the experiment, revealing that they all were out of shape but otherwise generally healthy physically and emotionally.

Dr. Thogersen-Ntoumani and her colleagues then randomly divided the volunteers into two groups, one of which was to begin a simple, 10-week walking program right away, while the other group would wait and start their walking program 10 weeks later, serving, in the meantime, as a control group.”

Mood, stress level, enthusiasm, workload and other emotional components were assessed via a smart phone app, which included questions about how they felt in that moment. This allowed them to ascertain the participants’ moods directly before and after their walk. The final analysis showed a clear difference in reported mood on days when they walked versus days when they didn’t.  As noted in the featured article:5

“On the afternoons after a lunchtime stroll, walkers said they felt considerably more enthusiastic, less tense, and generally more relaxed and able to cope than on afternoons when they hadn’t walked and even compared with their own moods from a morning before a walk.

Although the authors did not directly measure workplace productivity in their study, ‘there is now quite strong research evidence that feeling more positive and enthusiastic at work is very important to productivity,’ Dr. Thogersen-Ntoumani said. ‘So we would expect that people who walked at lunchtime would be more productive.’ As a pleasant, additional outcome, all of the volunteers showed gains in their aerobic fitness and other measures of health at the completion of their 10 weeks of walking.”

Similar results were found in a recent Australian study,6 in which walking was found to improve quality of life for depressed middle-aged women. Those who averaged at least 2.5 hours of moderate-intensity exercise or just over 3.25 hours of walking each week reported feeling more energized and more social at their three-year follow up.  Not surprisingly, they also reported less pain and greater fitness.

And, the more they exercised, the greater their improvements—particularly with respect to their psychological wellbeing. That said, even small amounts of exercise was beneficial. According to study author Kristiann Heesch:7 “The good news is that while the most benefits require 150 minutes per week of moderate-intensity physical activity or 200 minutes of walking, even smaller amounts… can improve well-being.”

Many researchers are now starting to reemphasize the importance of walking. According to Katy Bowman,8 a scientist and author of the book: Move Your DNA: Restore Your Health through Natural Movement:

“Walking is a superfood. It’s the defining movement of a human. It’s a lot easier to get movement than it is to get exercise.  Actively sedentary is a new category of people who are fit for one hour but sitting around the rest of the day. You can’t offset 10 hours of stillness with one hour of exercise.”

I believe high intensity exercises are an important part of a healthy lifestyle, but considering the fact that more than half of American men, and 60 percent of American women, never engage in any vigorous physical activity lasting more than 10 minutes per week,9 it’s clear that most people need to begin by simply getting more non-exercise movement into their daily routine. The elderly and those struggling with chronic disease that prevents them from engaging in more strenuous fitness regimens would also do well to consider moving around more.

While walking is often underestimated, studies show you can reap significant health benefits from it. In addition to those already mentioned, a 2014 study10,11 found that walking for two miles a day or more can cut your chances of hospitalization from a severe episode of chronic obstructive pulmonary disease (COPD) by about half.

Another study12 published in 2013 found that daily walking reduced the risk of stroke in men over the age of 60. Walking for at least an hour or two could cut a man’s stroke risk by as much as one-third, and it didn’t matter how brisk the pace was. Taking a three-hour long walk each day slashed the risk by two-thirds. I personally walk about 90 minutes most every day, covering about 55 miles a week.

Both research and experience confirm that walking is powerful medicine, and you can make it even more powerful by incorporating principles of high intensity interval training. Simply alternating between speed-walking and slow strolling will allow you to maximize your rewards. 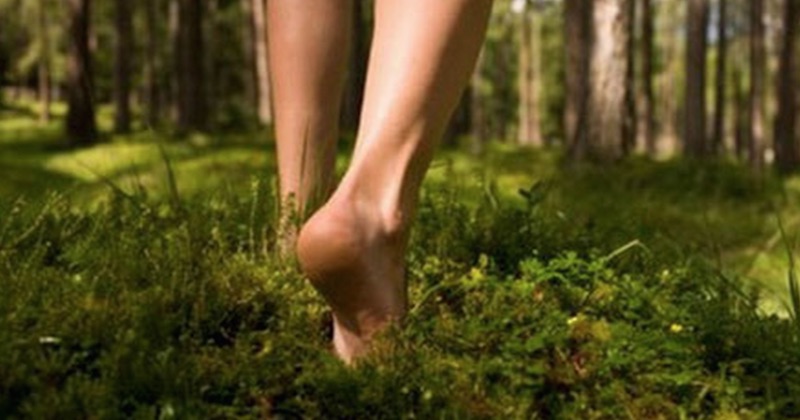 As noted earlier, I believe aiming for 7,000 to 10,000 steps a day might be ideal for most people, and this is over and above your regular exercise program. If you’re currently not doing anything in terms of fitness, please do consider getting more walking into your day. Chances are you’ll start feeling more energized and less stressed, which may spur you on to a more regimented fitness program.

On a side note, if you live near the beach or have access to grassy areas, consider yourself extra lucky and take full advantage of it. Walking barefoot on the sand or grass has additional benefits that go beyond that of walking, as this allows your body to absorb free electrons from the Earth through the soles of your feet.

These electrons have powerful antioxidant effects that can protect your body from inflammation and its many well-documented health consequences. For example, one scientific review13 published in the Journal of Environmental and Public Health concluded that so-called grounding (walking barefoot on the earth) could improve a number of health conditions, including the following: