62% Of Honey Tested Contain Glyphosate, An Ingredient In Roundup Herbicide

A recent study by researchers from Boston University and Abraxis LLC found significant amounts of glyphosate in a food that you wouldn’t necessarily expect: Honey.

Five categories of food items were tested from Philadelphia grocery stores: honey, corn and pancake syrup, soy milk, tofu, and soy sauce. Sixty-two percent of the conventional honeys and 45% of the organic honeys sampled had levels of glyphosate above the minimum established limits.

It’s hard to ignore the presence of glyphosate in a large portion of our food supply.

Glyphosate is the main ingredient in Monsanto’s star herbicide, Roundup. It is interesting to note that the level of glyphosate was much higher in honey from countries that permitted GM crops; honey from the U.S. contained the highest levels.

Even the Organic Honey?

So how did so many of the 69 honey samples, including 11 organic samples tested, contain such high levels of glyphosate? There are two reasons for this. Given that a single honeybee can fly over 6 miles to find nectar and bring back a total of 250 pounds of nectar a year, modern life is set up so that it is almost impossible for them to avoid harmful substances. 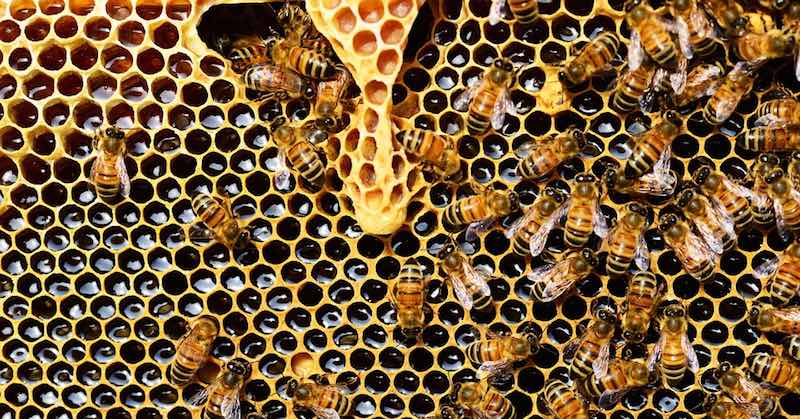 Pesticides, herbicides, and toxins released into the air from factories and cities make it impossible for all but the most remote beehives to maintain 100% purity.

There’s also the issue of the wax that bees use for their hives. Bees are at risk for Varroa mites, an external parasite that reproduces in the hives, so conventional beekeepers frequently use pesticides to get rid of them.

Beeswax retains chemicals, so over time, these chemicals build up and make their way into the honey. While the use of pesticides directly on the beehives isn’t an issue for beekeepers using organic methods, the issue is where they source their wax.

A survey of pesticide residues in beehives found that over 98% of them contained at least one pesticide. With such a large amount of wax contaminated, it’s likely that organic beekeepers who purchase commercially available wax will be unable to avoid these toxins.

Can I Ever Eat Honey Again?

Is there any way around the amount of herbicides and pesticides in honey? Short answer? Probably not. Countries that don’t allow genetically modified crops have lower levels of herbicides in their honey, but that list of countries is under attack every day that Monsanto and their buddies are in business. 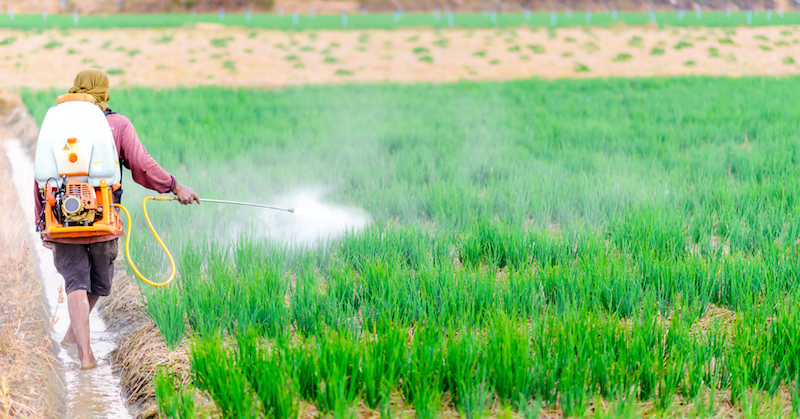 With increased use of chemicals in farming, a greater amount of herbicides and pesticides will make their way into beehives, causing a ripple effect throughout bee colonies.

If you’re going to purchase honey, your best bet is to do your research. Talking to local beekeepers at farmer’s markets can give you an idea of the quality of honey available directly in your area. Even though there was glyphosate in the organic honey, there were still be more in the conventional honey. You can increase your odds of getting less toxic honey by researching which countries don’t allow GMOs (not a bad solution for other products, either!).

If you consume honey regularly, it could be a good idea to do a detox to remove Candida and toxins from your body.