Why Ezekiel Bread is The Healthiest Bread You Can Eat

Several people have asked me about Ezekiel bread, which is different from most other types of bread.

Awareness of the harmful effects of wheat has increased quite a bit in the past few years. Given that wheat is a large part of most people’s diets, many are looking for healthy alternatives.

Ezekiel 4:9:  “Take wheat and barley, beans and lentils, millet and spelt; put them in a storage jar and use them to make bread for yourself.”

What is Ezekiel Bread?

Whereas most breads contain added sugar, Ezekiel bread contains none. It is also made from organic, sprouted whole grains. The sprouting process changes the nutrient composition of the grains significantly.

In contrast to most commercial breads, which consist primarily of refined wheat or pulverized whole wheat, Ezekiel bread contains several different types of grains and legumes:

All the grains and all the legumes are organically grown and allowed to sprout before they are processed, mixed together and baked to produce the final product.

I’d like to point out that wheat, barley and spelt all contain gluten, so Ezekiel bread is out of the question for people with celiac disease or gluten sensitivity. 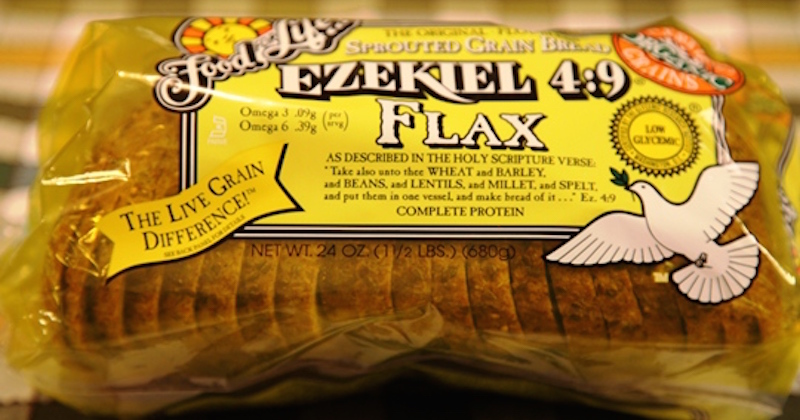 What Does Sprouting Do?

Even though grains like wheat or corn look pretty boring, these tiny seeds contain enormously complex molecular machinery. There are genes, proteins and enzymes that can turn that tiny seed into an entire plant.

When the grain receives the right “signals” – a complex biochemical process begins. The seed starts germinating, breaks through the shell and sends tangles called sprouts into the earth. With enough water and nutrients in the soil, eventually this tiny seed turns into a plant.

A sprouted seed is a seed that has been allowed to begin the process. It is somewhere between being a seed and a full-fledged plant. But, there’s one thing that we need to keep in mind here… the seed does NOT want to sprout in an unfriendly environment.

For example, if it started sprouting when the earth is completely dry, then it wouldn’t be able to turn into a plant and would end up dying.

For this reason, seeds have protective mechanisms called enzyme inhibitors that prevent them from sprouting until the time is right.

By giving the seed the right signals, mainly hydration (water) and the right temperature, we can disable these enzyme inhibitors and make the seed start to sprout.

There’s another important thing to keep in mind here… most organisms don’t want to be eaten. Grains and legumes are no exception. They need to survive in order for them to get their genes to the next generation.

Certain plants have developed so-called anti-nutrients in order to discourage animals from consuming them. These are substances that can prevent the absorption of nutrients, inhibit digestive enzymes and have various negative effects on health.

One example is soybeans… due to enzyme inhibitors, they are toxic when raw. Even though most grains and legumes are edible after being cooked, cooking doesn’t eliminate all the anti-nutrients.

Many non-industrial populations throughout the world have eaten grains without problems, but most of them used traditional preparation methods like soaking, sprouting, fermenting and cooking to significantly reduce the amount of anti-nutrients in them. 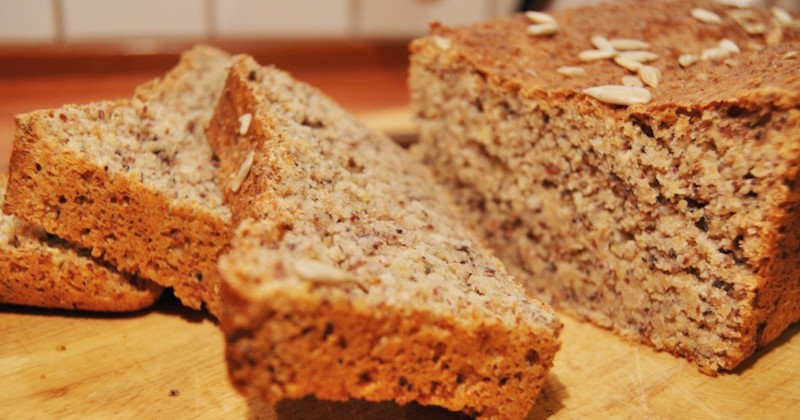 Sprouting, as in soaking the grains in water and allowing them to germinate, causes a number of biochemical reactions in the grain.

The benefits of this are twofold: 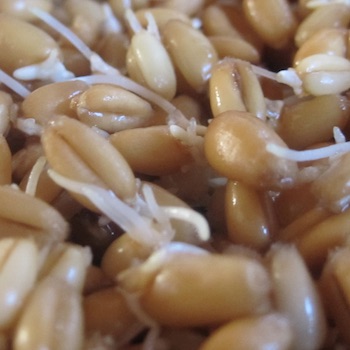 Due to the sprouting process, Ezekiel bread may contain more of some vital nutrients. Some studies show that sprouting grains increases their content of the amino acid lysine (1).

Lysine is the limiting amino acid in many plants, so sprouting increases the efficiency that the proteins in the grain can be used for structural and functional purposes in the human body.

Also, combining the grains (wheat, millet, barley and spelt) with the legumes (soybeans and lentils) may increase the protein quality somewhat (2).

Sprouting also partially breaks down the starch, because the seed uses the energy in the starch to fuel the sprouting process. For this reason, sprouted grains have slightly less carbohydrate (5).

So… due to the sprouting of the seeds, Ezekiel bread should definitely be more nutritious than most other types of bread.

Sprouted grains also have lower amounts of anti-nutrients, which are substances that inhibit the absorption of nutrients like minerals and can cause harm.

Another benefit of sprouting is that it reduces the amount of gluten, a protein that many people are sensitive to and is found in wheat, spelt, rye and barley (3).

Due to the reduction in anti-nutrients, Ezekiel bread may be easier to digest and the nutrients in it are more accessible to the body.

Wheat Is Still Associated With a Number of Health Issues

It’s important to keep in mind that despite being organic,wheat is still the number one ingredient in Ezekiel Bread.

This is a problem because modern wheat is associated with a number of health issues.

Sprouting won’t eliminate these negative health effects, although it may mitigate them somewhat.

If you’re not gluten sensitive and not on a carb restricted diet, then Ezekiel bread can be a healthier choice.

It is certainly a whole lot better than 99% of the breads on store shelves… which are usually made from refined wheat and often contain lots of sugar.

Ezekiel bread is available in many supermarkets and health food stores, such as Whole Foods. You can also find a way to make your own if you look for “ezekiel bread recipe” on Google.

At the end of the day, Ezekiel bread is still bread. For optimal nutrition, it would probably be better for most people to skip the bread altogether and stick to real foods like animals and plants.

However… if you’re doing your best to eat healthy but aren’t willing to give up bread just yet, then Ezekiel bread is definitely a much healthier choice.