The twentieth century was marked by colossal discoveries, but one of them was bound to change the course of human history forever. In 1928, Sir Alexander Fleming, a British scientist, discovered penicillin—the first antibiotic ever.

This breakthrough has opened a new chapter in the never-ending war between humans and their microscopic enemies, the bacteria. Before penicillin, our means of fighting back infections were severely limited, and the chances of anyone dying due to a sudden case of pneumonia (an inflammation of the lungs, roughly speaking) were quite significant.

So this must be a great thing, right? Well, not exactly. As any other discovery of such magnitude, it is a double-edged sword that turned out to be a threat no less dangerous than the smallest of bacteria. Nowadays, antibiotics often do more harm than good, so it’s crucial to see the whole picture. 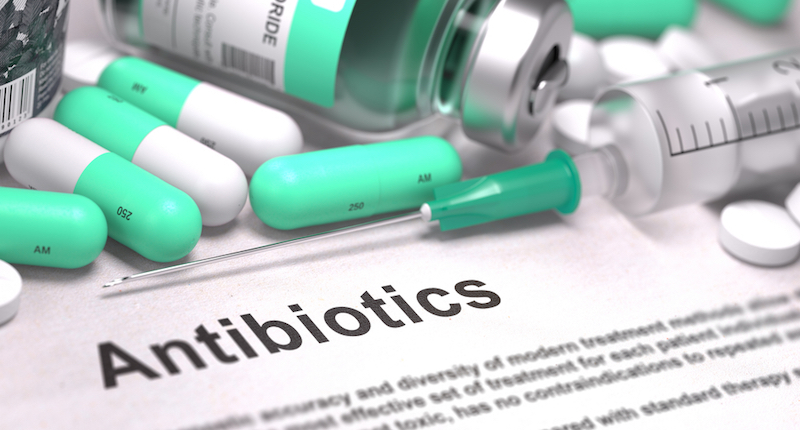 Prescription Antibiotic: What It Does In Your Body

As the name implies, a prescription antibiotic is a type of antibacterial drug that is sold to the customer only after he or she shows an official prescription from a certified doctor. But why is this important? Are these drugs so powerful that they require documents to be bought and sold, just like firearms?

Oh yes, they are!

All antibiotics can be roughly divided into two major groups:

Bactericidal is usually highly toxic itself, enough to directly kill the target bacteria. But the problem doesn’t end just there, as when the bacteria die, they often release their own toxins into your body. This phenomenon is often referred to as Jarisch–Herxheimer reaction. Although rarely lethal, it’s still a crushing blow to your kidneys and liver—organs that take care of the toxins circulating in your body.

Bacteriostatic don’t kill the bacteria directly, instead, they just stop the latter from actively growing and reproducing. This way your body would (theoretically) have enough time to activate its immune system and take care of the matter itself. But what if it doesn’t make it in time? You’ve guessed it right. The bacteria will start growing back again.

Not to mention that antibiotics have dozens of side effects each, often much more harmful than the original disease. Is it worth the price?

As you see, this is a very delicate matter. And the saddest thing is that, according to the US Center for Disease Control and Prevention, around 30% of all antibiotic prescriptions are unnecessary, meaning that they were NOT needed at all!

Why Do Doctors Commonly Prescribe Antibiotics At All?

In many cases, prescribing antibiotics is like firing a shotgun at a mosquito. You may even get the monster in a couple of shots, but the collateral damage is just absurd.

For example, certain doctors tend to prescribe antibiotics “just in case”. Others recommend taking them for a quick effect, as the fever caused by an infection usually subsides on the same day you start taking the right antibiotic.

There are also certain physicians who prescribe antibiotics because they receive a certain cashback amount from the manufacturer each time a patient buys this or that drug!

Of course, it goes without a trace of doubt that antibiotics are strongly recommended for the treatment of such life-threatening diseases like severe sepsis, bacterial pneumonia, peritonitis, and meningitis. The latter scenario is exceptionally demonstrative, as studies indicate that a single hour of delay in antibiotic treatment may increase mortality rates by up to 30%.

But, just as there are cases in which this therapy is absolutely required, certain diseases are 100% immune to antibiotics. You can take a whole truck of them, it doesn’t matter, they just need a different approach.

Infections That DO NOT Respond to Antibiotic Treatment

First of all, viral infections are absolutely immune to antibiotics. Period.

What does this mean to you? Forget about taking antibiotics during a common cold! Almost 70% of all cases of this disease are caused by viruses, and this rate is even higher in children, reaching up to 92%.

But, even if your infection is a bacterial one, there is a chance that it won’t respond to antibiotic treatment, as the causing agent may be resistant to the drug prescribed.

What Is Antibiotic Resistance?

“What doesn’t kill you makes you stronger”, as good old Nietzsche once said! And bacteria are a bright example of that. If even one of these microscopic organisms survives an antibiotic, it gradually comes up with a way to produce special substances to counteract the drug next time it faces it. And what’s even scarier is that the little survivor will pass on this knowledge to its millions of spawns!

Roughly speaking, this is what the whole phenomenon of antibiotic resistance is all about. Each time the wrong antibiotic is prescribed, or in the wrong dose, or for a shorter period than needed, certain bacteria develop resistance to it. Then the host transfers a bit of these bacteria to another human, and in the blink of an eye, the whole country is carrying a strain of multi resistant superbugs ready to destroy the planet!

The same problem happens when antibiotics are uncontrollably used for the treatment of farm animals, as certain bacteria are universal for all mammals (and so are antibiotics).

But even if all goes well, and your infection is obliterated, it doesn’t make your drug a safe and innocent one.

The Long-Lasting Effects of Antibiotics on Children

When it comes to antibiotics, it’s not just your own health that you should worry about. In fact, the long-term effects that they impose on the health of our children are impossible to be ignored!

Did you know that pregnant women who took erythromycin or co-amoxiclav during their pregnancy eventually gave birth to babies who had a higher risk of developing cerebral palsy? Or that 1.3% of neonates who receive gentamicin (or other aminoglycosides) experience hearing loss and even total deafness?

Another recent study revealed that children who received three or more antibiotic therapy courses during their first two years of life are more likely to develop childhood obesity later.

And these are just tiny additions to the seven dangers we’ve mentioned in the previous section.

Once again, there are certain conditions that demand the usage of antibiotics. But let’s be honest here, these diseases are rare, and most other cases can be treated with something safer, more pleasant, and utterly natural. Yes, that’s right. Centuries ago, Mother Nature has created a couple of miracles that your body will love so much more than prescription antibiotics!

1. Goldenseal (a.k.a. Yellow Puccoon or Orangeroot)

This herb was used for centuries to treat local infections, and modern science has revealed why. Berberine, one of the most powerful alkaloids present in goldenseal, has antibacterial properties, and it also fights fungal and protozoan infection. That’s one feat natural antibiotics can brag about!

Echinacea can inactivate a wide range of bacteria, including the dreadful Streptococcus strains (which are a common cause of a wide range of infections). Besides that, Echinacea is a well-known adaptogen, which means that it helps you to get over stressful periods much more effectively.

Governments and pharmaceutical brands invest billions of dollar each year into finding the next big shot in the antibiotic world, a new drug that could kill resistant bacteria. But, most likely, you already have a much better alternative in your own kitchen! Ginger and garlic have both shown great antibiotic properties, so don’t pass on those when you feel that common cold lurking around the corner.

Numerous modern studies confirmed that oregano oil has powerful antimicrobial feats, but that’s just the start of the benefits list that this plant can offer you. Oregano is rich in antioxidants (which may lower risk of cancer development), and can fight back not only bacterial infections but viral and fungal as well.

Besides being a great natural antibiotic, maitake mushrooms have shown potent anti-tumor properties in several studies. In short, they help to modulate your immune system to a state in which it will be able to fight both infectious and non-infectious diseases much more efficiently!

Related reading: 12 natural antibiotics from Mother Nature that are safe.

All in all, there is no magical answer to the antibiotics question. In some cases, taking a cephalosporin in the right dose may save your life, and this fact can’t be ignored. In some other cases, you may have to give your child another powerful drug to prevent serious complications of sudden pneumonia.

Yes, such cases exist. But they are relatively rare, and we all know that! Instead of jumping straight to the heavy artillery, it’s always better to start with something natural, safe, and gentle to your health. It’s always worth a try.

But don’t take our words for granted! Next time you feel that scratching pain on the back of your throat, that terrible fever slowly rising, and that annoying headache drilling its way to your brain’s core—get yourself some ginger, drink a lot of water and get enough sleep.

Your body will thank you for this decision. After all, natural is always better, don’t you think?