TREATMENT RATING: The Breuss Cancer Cure Diet protocol is rated ONLY as being effective on newly diagnosed cancer patients who do not have a fast-growing cancer and their cancer has not spread significantly!! If you are an advanced cancer patient who has had a lot of chemotherapy, radiation or surgery or you have a potentially fast-growing cancer, DO NOT use this protocol.

Rudolf Breuss was an Austrian doctor best known for his dedication to finding a natural cancer cure.

His years of study led him to develop a 42-day juicing diet designed to kill developing cancer cells. Since its introduction in 1980, more than 45,000 patients have reportedly found success with the treatment. 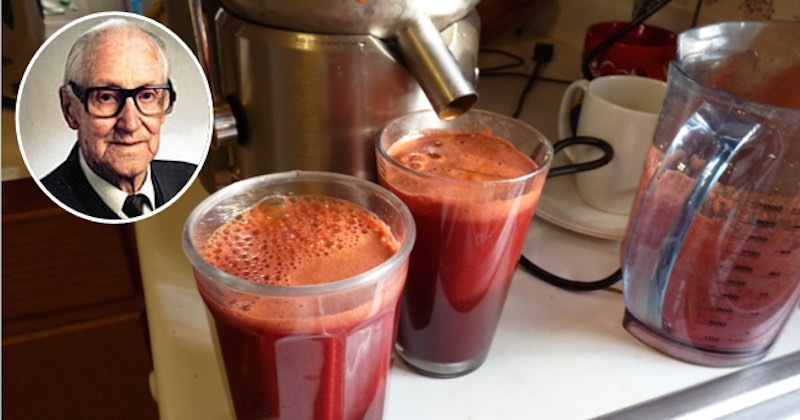 The Breuss Cancer Cure Diet is a very rigid diet of vegetables, herbs and teas that a person takes in liquid form for 42 days. Because cancer cells have a very different metabolism than normal cells, the Breuss diet is designed to starve the cancer cells to death by not providing any solid food proteins. But the diet does not harm normal cells.

People without cancer have also tried the diet (sometimes for as little as one week) and reported significant positive health effects, including:

As part of the diet, which is outlined in The Breuss Cancer Cure, patients are instructed not to eat any solid foods for the 42 days. Instead, vegetables are turned into a juice.

Dr Breuss recipe is very rigid and must be precise. Use only organically grown vegetables that are free from any chemical:

All the vegetables are put through a juice extractor and afterwards filtered through a fine tea strainer or through a linen cloth. In every 250 ml of juice, there is one tablespoon of sediment which must not be consumed because it feeds the cancer.

According to his book: “Up to 500 ml of juice may be consumed daily to satisfy hunger (the less drunk the better). Cancer lives on solid foods only. So, if you only drink vegetable juice and herbal teas for 42 days, the canceroous growth dies and you live.”

In his book, he also detailed the type of herbal teas you should take specifically, depending on your type of cancer.

Observe The Creation Of Breuss Juice

In the video, the ingredients are doubled as they make two servings. They’ve also added celeriac, a cancer-killing root vegetable that is also used successfully in the Hippocrates soup in the Gerson Therapy.

According to Dr. Breuss, cancerous cells thrive on protein from solid foods. The Breuss diet is designed to literally starve the cells.

The ingredients in the juice were also carefully chosen for their ability to fight off disease. Let’s take a look at each of them and explore the benefits. (Make sure to use only organic!) 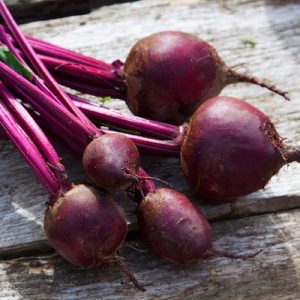 For centuries, Europeans have used beets to treat cancer. The vegetable provides the body with nutrients and oxygen that better equip it to fight off disease. 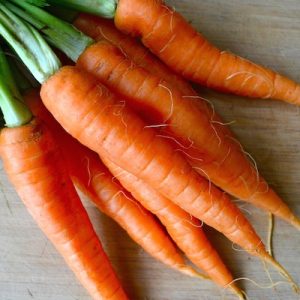 Other studies have found that carrots contain another cancer-fighting compound, known as falcarinol, which reduced the size of tumors in rats by one third.

Read more about carrots, and the miraculous healing power of carrots. 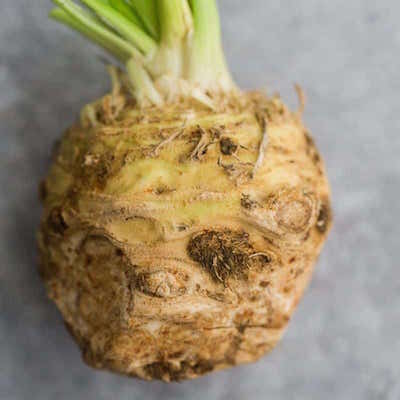 Research studies have found the anti-cancer actions in celeriac promising.

Polyacetylenes found in celeriac are currently under research as in vitro and in vivo studies and was found that they display toxic effects against various types of cancer, colon cancer and acute lymphoblastic leukemia in particular. 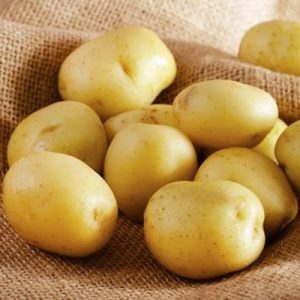 Studies have shown that potato suppresses the reproduction of lymphoma, liver, stomach, cervical, colon and prostate cancer cells. It also causes apoptosis (death) of the cells. 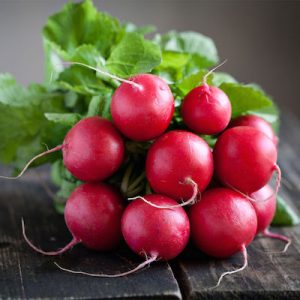 Radish detoxifies the body and provides it with plenty of vitamin C and anthocyanins.

Before you start on the Breuss Cancer Cure, be sure to read Rudolf Breuss’ book for a full understanding of the diet.