Bisphenol-A (BPA) was first created in 1891 by a Russian chemist. By the 1930s, it was found to mimic the effects of estrogen in the human body. Still, in the 1950s, BPA found its way into industry, as a chemical that could produce strong, resilient and often transparent plastics.

BPA is also used to make BPA resins, which keep metal from corroding and breaking. As such, it now coats about 75 percent of cans in North America.

The chemical is surrounded in controversy as research continues to build that it’s detrimental to human health. Yet, the BPA market was valued at over $13 billion in 2013, and sales are set to expand 5 percent annually.

As of 2012, 10 billion pounds of BPA were produced worldwide, sales of which amount to tens of millions each day, but, as Newsweek reported:1

“…scientists suggest that might be offset by a large, hidden cost: its impact on human health.

To date, there have been around 1,000 animal studies on BPA, and the vast majority show that it causes or is linked to many health problems, from alterations in fertility to increased risk for cancers and cardiovascular problems to impaired brain development, says Frederick vom Saal, a longtime researcher of the product at the University of Missouri-Columbia.”

Is BPA Safe? Depends On Who You Ask

The industry trade group, the American Chemistry Council, has continually insisted that BPA is safe and has opposed both state and federal legislative proposals to ban the chemical.2

Since they stand to lose the most if BPA is taken off the market, this isn’t surprising, but the US Food and Drug Administration (FDA) also issued an official announcement last year to reaffirm BPA’s safety.3

After a four-year long review of 300 studies, the FDA concluded that “BPA is safe at the current levels occurring in food.” The agency also stated, “the available information continues to support the safety of BPA for the currently approved uses in food containers and packaging.”4 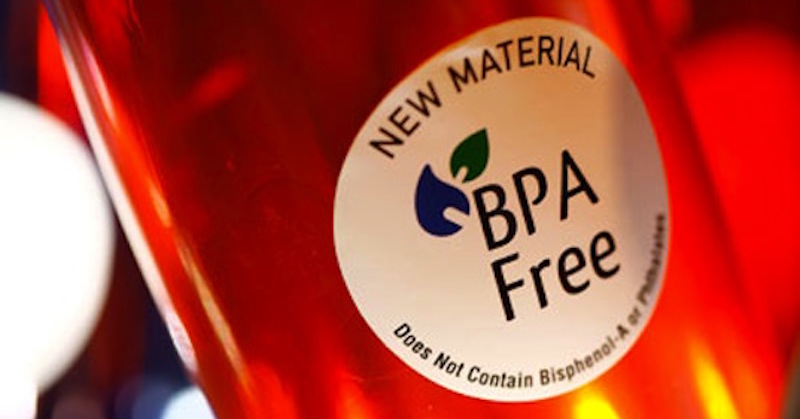 It is beyond irrational to conclude anything other than this verdict is more than likely a result of lobbying and the revolving door between the FDA and the chemical industry. There is damning evidence against the use of BPA—particularly in food-related products that is being ignored.

“…the agency… dismissed as irrelevant the vast majority of the BPA safety studies its own scientists reviewed in preparation for that official position statement… In some cases, the reviewers’ notes don’t seem to match up with the FDA’s sweeping assertion that there’s nothing to see here.

For example, the reviewers wrote of one 2013 study, “These data support a plausible relationship between urinary BPA levels and obesity.”6

They say that another paper, regarding hyperactivity, ‘should be considered as part of the growing body of work assessing relationships between BPA exposure and behavior.’7 But none of these seemingly concerning links are mentioned in the conclusion that BPA is safe.”

Perhaps the FDA’s finding has something to do with the more than $11 million in lobbying the American Chemistry Council spent in 2013.8 It could also be that they chose to review industry-funded studies, which are notoriously biased.

In 2006, for instance, an analysis revealed that every industry-funded study found no significant effects from BPA. In contrast, 92 percent of studies without industry funding found it did have effects …9

Dangerous Even At Low-Level Exposure

Most Americans have BPA in their blood, usually in the range of 1 part per billion (ppb).10 This might seem like too minute an amount to cause problems—and that’s just what regulators and chemical companies have long stated—but “endocrine disruptors like BPA, which act like hormones, don’t “play by the rules”, says Patricia Hunt, a geneticist at Washington State University.”11

According to Hunt, “exposure to low levels of BPA—levels that we think are in the realm of current human exposure—can profoundly affect both developing eggs and sperm.”12

For instance, in one of Hunt’s studies, researchers found disruptions to egg development after rhesus monkeys, which have human-like reproductive systems, were exposed to either single, daily doses of BPA or low-level continuous doses. The BPA appeared to damage chromosomes, which could lead to spontaneous miscarriage or birth defects.

In the group exposed continuously to BPA, there were not only problems with initial egg development, but also in the fetal eggs that were developing.13 The fetal eggs were not “packaged” properly in the follicles, which means they would have difficulty developing and maturing normally.

It is instrumental in regulating mood, growth and development, tissue function, metabolism, as well as sexual function and reproductive processes. BPA has been linked to a number of health concerns, particularly in pregnant women, fetuses and young children, but also in adults, including:

Much of the research on BPA has involved animals, leading skeptics (usually those in the chemical industry) to say the effects may not necessarily be the same in humans. 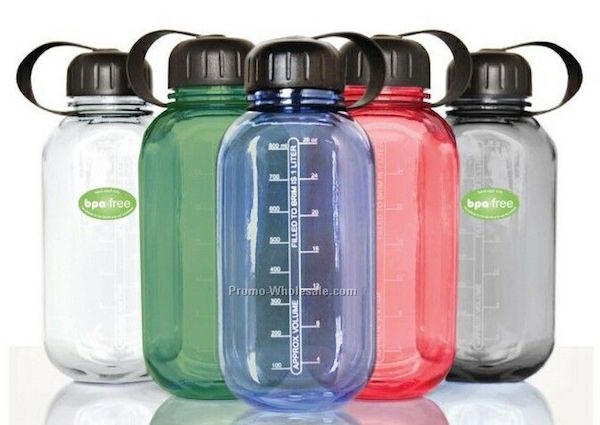 But research involving humans has shown similar risks. For instance, BPA from cans or plastic bottles can raise your blood pressure within just a few hours of ingestion.14

And in the NHANES study, published in 2010, adults with the highest levels of BPA in their urine were more than twice as likely to develop coronary heart disease as those with the lowest levels.15

Why BPA-Free Plastics Are Not the Solution

In response to consumer demand for BPA-free products, many manufacturers have switched to using a different chemical called bisphenol-S (BPS). But BPS appears to be just as toxic, if not more so, than BPA.

In 2013, researchers at the University of Texas Medical Branch discovered that even minute concentrations—less than one part per trillion—of BPS can disrupt cellular functioning. Metabolic disorders like obesity, diabetes, and even cancer, are potential ramifications of such disruptions.

Basically, while manufacturers are not lying by stating their products are “BPA-free,” they’re not necessarily telling the whole truth either. Many have simply traded one endocrine-disrupting chemical for another, and health-conscious consumers may be lulled into a false sense of security by the BPA-free label.

Not to mention, plastics aren’t your only source of exposure to BPA. This toxic chemical is also found in:

Past research has shown that holding receipt paper for only five seconds was enough to transfer BPA onto your skin, and the amount of BPA transferred increased by about 10 times if fingers were wet or greasy.16 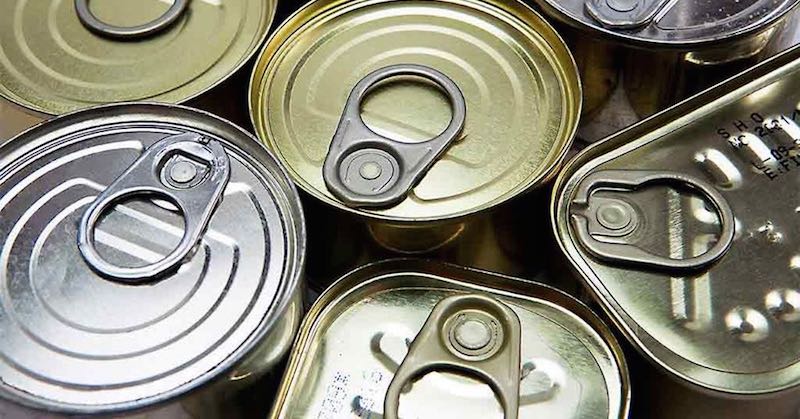 Eating canned goods is another lesser-known, yet significant, route of exposure. According to one study, eating canned soup for five days increased study participants’ urinary concentrations of BPA by more than 1,000% compared to eating freshly made soup.17

Separate research showed that after drinking soy milk from a can, the levels of BPA in the participants’ urine rose by about 1,600 percent, compared to when they drank soy milk stored in glass.18

BPA is only one endocrine-disrupting chemical to be aware of. Phthalates are another. According to estimates by the US Environmental Protection Agency (EPA), more than 470 million pounds of phthalates are produced each year.19

They’re primarily used to make plastics like polyvinyl chloride (PVC) more flexible and resilient, but they can also be found in air fresheners, dryer sheets, and personal care products like shampoo, shower gels, and makeup. 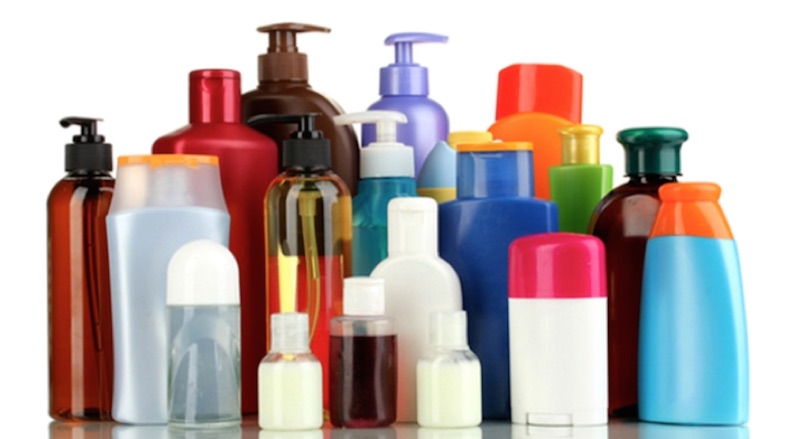 At the annual meeting of the Endocrine Society, research was presented showing phthalate exposure during pregnancy may be linked to an abnormality in the distance between the anus and the scrotum in males (known as anogenital distance).

Higher levels of the hormone hCG in pregnant women were linked to a shorter anogenital distance—phthalates are known to target hCG. Researchers told the Washington Post:20

“Our study is the first to show that hCG is a target of phthalate exposure in early pregnancy and to confirm previous findings that it is a critical hormone in male development.”

Previous research has linked phthalate exposure to birth defects, low sperm count, polycystic ovary disease, and early or delayed puberty, just to name a few. Prenatal phthalate exposure may also lead to reduced IQ in children, and there’s also an association between phthalate concentrations in the mother’s system during pregnancy and the child’s ability to concentrate, working memory, their perceptual reasoning skills, and the time it took for the child to process and retrieve information at the age of 7.21

The European Union is considering enacting regulations to target endocrine-disrupting chemicals. A new study may have given them some hefty support to restricting their use, as it showed that exposure to hormone-disrupting chemicals, like phthalates and BPA, causes health problems that cost at least $175 billion a year in health-care costs (and one of the study’s authors called this estimate “very conservative”).23

“If you applied these [health care] numbers to the U.S., they would be applicable, and in some cases higher.”

To put $175 billion in perspective, it is more than the combined proposed 2016 budgets for the U.S. Department of Education, Department of Health and Human Services, National Park Service, and Environmental Protection Agency combined.”

15 Tips To Reduce Your Exposure

Although it’s virtually impossible to steer clear of ALL potentially hazardous chemicals, you can certainly minimize your exposure by keeping some key principles in mind.