Just 2 Cans A Day Of Monster Energy Drink Can Kill. Avoid At All Cost!

Energy drinks are widely promoted as products that increase alertness and enhance physical and mental performance. They are being marketed to the youth as a “replacement for alcohol”, deceiving their young minds that they are drinking “adult” drinks. Yet these drinks contain ingredients that are far higher than their body can handle,.

Next to multivitamins, energy drinks are the most popular dietary supplement consumed by American teens and young adults. Males between the ages of 18 and 34 years consume the most energy drinks, and almost one-third of teens between 12 and 17 years drink them regularly. 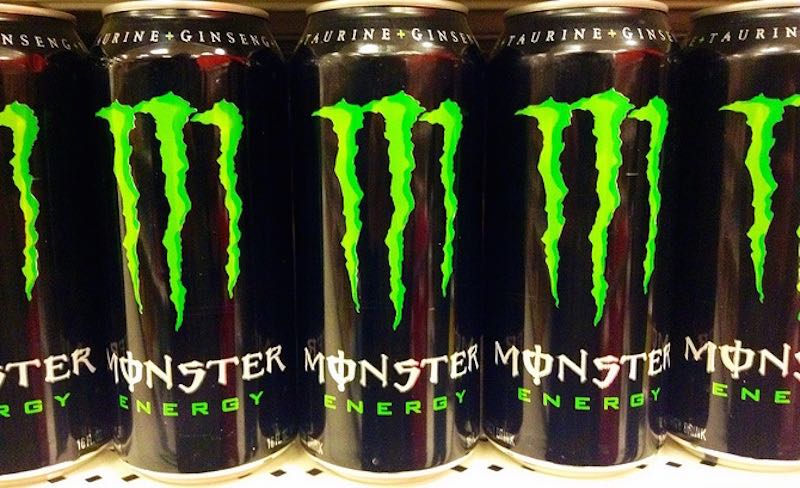 Consuming energy drinks increases important safety concerns. Between 2007 and 2011, the overall number of energy-drink related visits to emergency departments doubled, with the most significant increase (279 percent) in people aged 40 and older.

A growing trend among young adults and teens is mixing energy drinks with alcohol. About 25 percent of college students consume alcohol with energy drinks, and they binge-drink significantly more often than students who don’t mix them.

In 2011, 42 percent of all energy-drink related emergency department visits involved combining these beverages with alcohol or drugs (including illicit drugs, like marijuana, as well as central nervous system stimulants, like Ritalin or Adderall).

In 2014, over 5,000 cases of young children were reported to poison control after becoming sick from ingesting energy drinks, according to the American Heart Association. They were reported as “accidental ingestions”, which resulted in serious side effects, including seizures, irregular heart rhythms, or dangerously high blood pressure.

Robert Grim was driving to work when the nausea set in. As his vision blurred, the Arizona resident pulled over to the side of the road and called in sick. His symptoms only worsened at home, he said.

The twentysomething rushed to the emergency room that day in December 2014 and would soon learn he had stage 4 kidney disease, court papers charge.

Grim claimed he downed a can of Monster Energy before leaving the house, just as he’d always done for the last 10 years. Until his diagnosis, Grim guzzled four of the energy drinks a day—or the caffeine jolt equivalent of eighteen 12oz cans of Coca-Cola, according to a new lawsuit filed against the beverage maker.

Now he’s on dialysis and awaiting a kidney transplant, according to a lawsuit.

In 2013, a California mom sued Monster after her 19-year-old son, Alex Morris, died from cardiac arrhythmia. Paula Morris alleged Alex consumed two cans of the energy drink every day for three years—including the day he died. 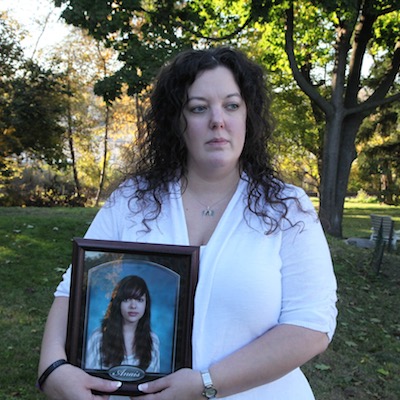 The year before, the family of 14-year-old Anais Fournier of Maryland filed a suit against Monster, claiming the drink’s glut of caffeine contributed to her death.

Fournier, who had a heart condition, went into cardiac arrest after gulping two 24oz cans within a 24-hour period, her parents claim. An autopsy found caffeine toxicity impeded her heart’s ability to pump blood, CBS reported.

Collapsed From Getting A Stroke

John Staten, a then-14-year-old student athlete in West Virginia, quaffed Monster to pump up for wrestling and football practice. But when he woke one day in February 2012, he collapsed after having difficulty speaking and numbness on his left side, according to a lawsuit filed in Riverside County, California.

Emergency room doctors initially dismissed his symptoms as a pinched nerve because of his age. Staten had an MRI days later, and his pediatrician determined he had suffered a stroke, court papers said.

And there are many more similar cases if you looked!

Energy drinks are heavily sweetened and convenient to drink. It appeals to the younger demographic who lack understanding in nutrition and have limited access to alcohol. We are seeing an increasingly high incidents of youngsters under 18 having dangerous side effects from consuming energy drinks:

Here are only a few dangers of regularly drinking energy drinks:

Why Monster Energy Drink Can Kill 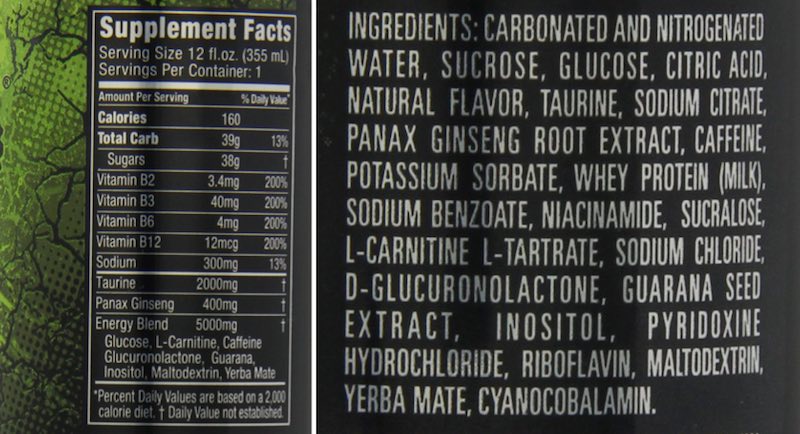 Monster energy drinks may temporarily provide a quick energy boost, energy, alertness and focus, but there are many dangers that come with that surge of energy that you should be aware of.

Too Much Glucose (Sugar)

The primary ingredient in Monster energy drinks is glucose. A 12oz can of energy drink contains as much as 38gms of sugar (equivalent to 9.5 teaspoons)! Sugar is simply toxic. Feeding your body with such high amount of sugar with sodas and energy drinks can damage your body and lead to many health problems.

In low amounts, glucose is a fuel for all the cells in your body. When overloaded, glucose can act like a slow poison that begins to erode the ability of cells in your pancreas to make insulin. The pancreas overcompensates when insulin levels stay high, and over time, the pancreas is damaged.

High levels of glucose also leads to the hardening of blood vessels, atherosclerosis. Damage is rapid especially when it is combined with other existing toxins in the body from a diet that is high in processed and high-fat foods. Stress will contribute to the faster damage of blood vessels and other organs in the body.

Too High In Artificial Stimulants—Caffeine and Guarana Seed Extract

Energy drinks such as this have extremely high amount of artificial stimulants—caffeine and guarana seed extract. A 12oz can can contain 120mg of caffeine. This amount of caffeine is 600% that of a regular soda like Coke or Pepsi. Regularly drinking caffeinated drinks with the combination of all the other ingredients in this can of energy drink can prove fatal.

For a young person,  drinking a can of this drink can quickly put them over the maximum recommended daily amount, resulting in insomnia, dizziness, nausea, headaches, tremors, abdominal pain,  anxiety and extreme irritability that may turn into violent behavior.

Even for an adult, this high amount of artificial stimulant can cause high blood pressure, heart palpitations, gastrointestinal disturbance, dizziness, irritability, nervousness, headache and severe fatigue from withdrawal, allergic reactions and increased urination that can cause dehydration. Regularly drinking it may even lead to stroke and death.

Most published research studies use a standardized Panax ginseng extract in a dosage of 200mg per day on a short-term basis. The Monster energy drink contains 400mg of this stimulant extract in a 12oz can!

When combined with the other stimulants like caffeine, and artificial ingredients, they interact and can cause many adverse effects such as insomnia, high (or low) blood pressure, increased heart rate, asthma breast pain, loss of appetite, headache, mood changes, nose bleeds and excessive menstruation, fatigue, even kidney failure!

Overdose of Niacin/Niacinamide (Vitamin B3)

The dietary reference intake established by the Food and Nutrition Board for niacin ranges from 14-18mg daily for adults, with an upper intake level of 35mg for therapeutic use. A 12oz can of Monster energy drink provides 40mg—more than 200% of the daily required amount of (synthetic) vitamin B3 (see nutritional facts in image above).

When you eat natural whole foods rich in vitamin B3 (niacin), you most likely would not experience any side effects. There is a reason why niacin is rarely found in natural food—it’s because our bodies don’t need so much of it. But, when taken in supplement or synthetic form in high doses, side effects can be harmful.

Niacin are often used as a natural blood thinner and only a very small amount is required to improve blood circulation. Within half an hour of taking niacin, one may experience a “niacin flush” when the capillaries become dilated and increases blood flow, causing a warming sensation and reddening of the skin. When taken on an empty stomach, the effect can be felt even faster and may be more intense.

This overdose amount of niacin used as one of the ingredients in an energy drink—that gives a sudden surge of energy—will also carry with it, all the artificial stimulants and synthetic ingredients to be distributed throughout the body. It may give the drinker a temporary “high” feeling, but also bring extreme harm to all the organs in the body.

Some of the conditions that may result from synthetic niacin overdose are:

Sodium benzoate is a synthetic chemical produced by combining sodium hydroxide and benzoic acid. A lab study evaluated the genotoxic impact of sodium benzoate in cultured human cells found that the chemical significantly increased damage to DNA and triggered cell mutation and cancer.

The effect is made worse when added to foods and to the interior of metal cans that contain beverages or liquid foods, due to the interaction with the metal.

In a controversial video posted to YouTube, titled “Monster Energy drinks are the work of Satan,” a woman claims that Monster Energy drink uses Satanic imagery to promote an anti-Christ agenda. Within three days, the video has been viewed more 5.7 million times. Take a look at this video of her explanation of “666”, a chat with the lady.