More health-conscious people are starting to avoid gluten in their meals. Many of the people that are avoiding gluten do so without ever understanding why.

Gluten refers to the proteins found in some grains, such as wheat, rye and barley. It helps foods maintain their shape, acting as a “glue” that holds food together.

Gluten isn’t necessarily bad, but some people are gluten-intolerant, meaning their bodies produce an abnormal immune response when it breaks down gluten from wheat and gluten-containing grains, during digestion.

The most well-known form of gluten intolerance is celiac disease. It triggers an immune response that damages the intestines, preventing them from absorbing vital nutrients.

Even people without celiac disease can have a negative reaction to gluten. If you experience gastrointestinal distress or digestive issues on a regular basis, then you may have a sensitivity to gluten.

It Can Be Difficult To Avoid Gluten

Start the process of avoiding gluten by making simple changes. Instead of eating store-bought crackers, make your own raw crackers. You could also snack on nuts, seeds, or make your own nut butter. If you don’t have the time to make nut butter there are many companies that make organic raw nut butter.

A few other ideas include making your own gluten-free bread, kale chips, or falafel. These make excellent snacks entirely from raw foods. Look over the following recipes for easy gluten-free alternatives.

The following raw zucchini hemp cracker tastes great on its own or you can spread with your own raw nut butter. Only raw ingredients are used to make this recipe, making it suitable for people on a raw food or vegan diet. 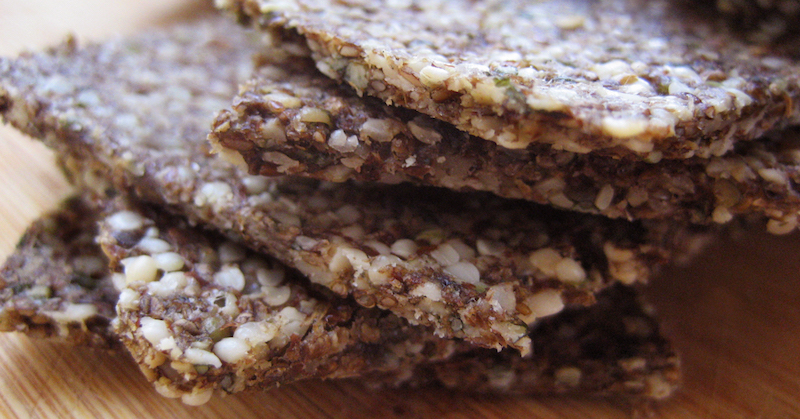 Start making your own zucchini hemp banana crackers by shredding the zucchini and placing the contents in a large bowl. Add the flaxseed and hemp seeds and mix. Use a food processor to mix the bananas, vanilla, cinnamon, and salt.

Pour the banana mixture into the bowl with the shredded zucchini. Mix the ingredients by hand until they are thoroughly mixed. Spread the mixture onto 2 non-stick dehydrator sheets. Dehydrate for 4 hours at 115 degrees. Remove the mixture from the sheets and cut into 16 pieces. Dehydrate for another three to four hours.

Kale chips are another simple snack that you could make, using only raw ingredients. Kale is a super food, full of vitamins and minerals. Most grocery stores now carry kale, thanks to the attention that this plant has received in recent years. 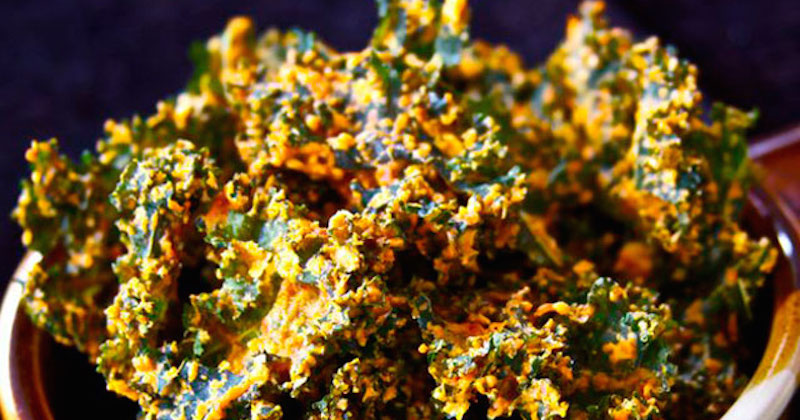 Before making your kale ships, soak the cashews for at least an hour. Peel the lemon and cut it in half. Wash the kale and dry it in a salad spinner. Remove the thicker parts of the stem. Tear the kale leaves into smaller sections. Place the shredded leaves in a large bowl.

Turn your oven on and set the temperature to 160 degrees Fahrenheit. Mix the oil, soy sauce, pepper, yeast flakes, garlic, lemon, and cashews in a large bowl. Pour the mixture into a food processor and blend until you have a sauce.

Allow the kale chips to dehydrate for at least four hours. If you have a food dehydrator, you can use that instead of an oven; though, you may need to dehydrate a few more hours.

Want more gluten-free snack ideas that you can make on your own? Try making your own raw falafel. This recipe will require some time to make, so plan in advance. 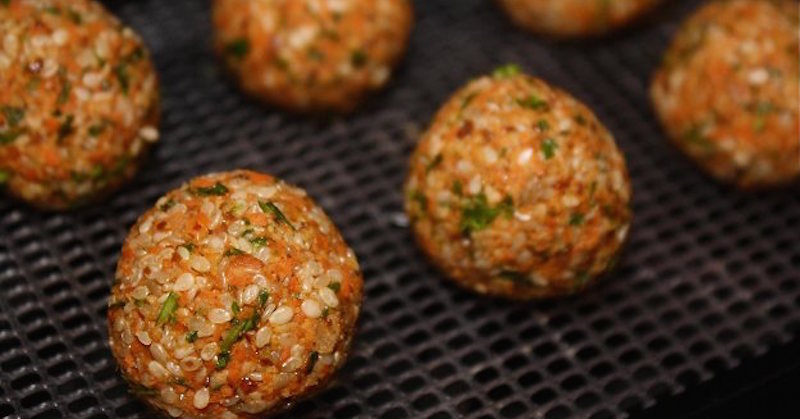 Add the carrots to your food processor. Next, add the garlic, flaxseeds, sunflower seeds, and spices. Blend in the processor until they are mixed. Add the onion and parsley. Place the mixture in a large bowl and mix in the sesame seeds by hand.

Roll the mixture into falafel balls. Place the balls on a food dehydrator sheet and dehydrate for 12 hours. By dehydrating your falafels longer, they will become crispier.

There are many ways to eliminate gluten from your diet, but the easiest method is to start slowly. Start eating more raw foods and avoid store-brought products that are known to include gluten, such as breads, chips, and crackers.