This New "Healthy" Coca-Cola Is Nearly As Bad As The Original!

Whether you’re a Coke or Pepsi person, you’re probably on the prowl for a “healthier alternative”. Coca-Cola Life, the new “healthy” version of the sugary-sweet beverage beloved by the world over is just hitting Canadian grocery shelves last fall. 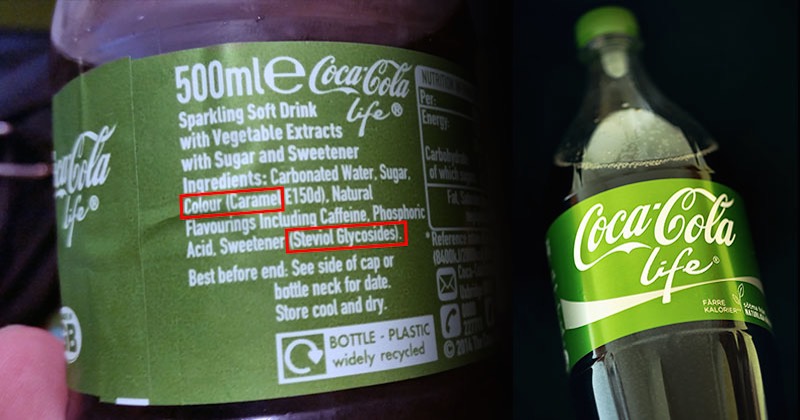 Although the product isn’t relatively new to the United States, many people who are watching their waistlines are still just being introduced to it and are lunging at the alleged benefits.

But don’t be fooled! If you take a look at the sugar content, the chemical make-up and the amount of processing that goes into it, you’ll likely find that Coca-Cola Life is not anywhere near as healthy as it seems.

The Skinny On The Contents of Healthy Coca-Cola Life 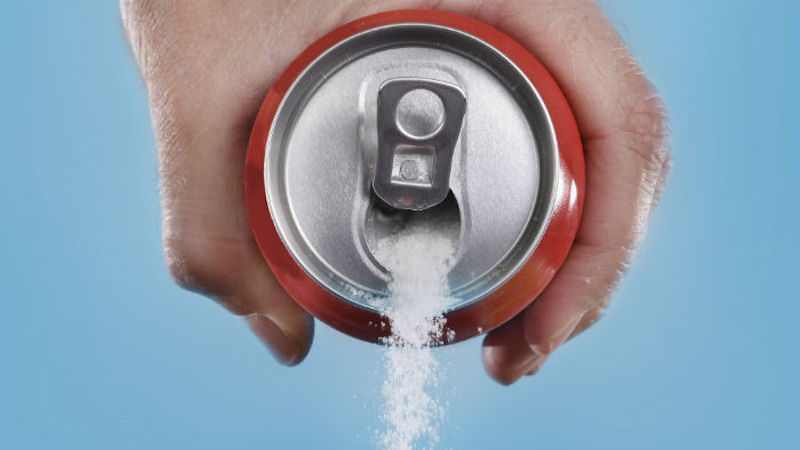 An eight fluid ounce serving of Coca-Cola Life contains around 60 calories but with 17 grams of sugar. It seems fantastic on the surface, but this is only one-third less sugar than regular Coca-Cola.

Let’s not forget how much Coca-Cola has contributed to the obesity epidemic that is plaguing the United States. Two out of three adults and one out of three children in the United States are overweight or obese. “From 1989 to 2008, calories from sugary beverages increased by 60% from 130 to 209 calories per day, and the percentage of children consuming them rose from 79% to 91%.” (1)

The company is taking steps through funding to anti-obesity groups, exercise promotion and of course, Coca-Cola Life. But the obesity problem is only growing. On any given day, half the people in the U.S. consume sugary drinks; 1 in 4 get at least 200 calories from soft drinks; 5% drink four cans of soda every day. (2) 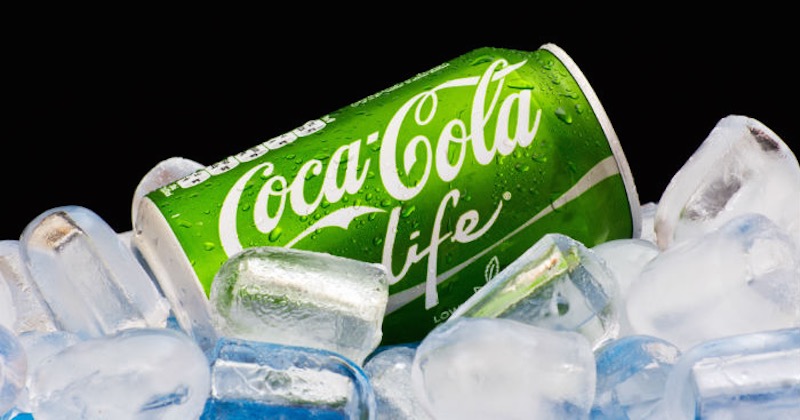 Also known as “sulfite ammonia caramel,” Caramel E-150d is the coloring used in all Coca-Cola beverages, and Coca-Cola Life is certainly no exception. It has been branded caramelized carbohydrates by many researchers, and the State of California now requires cancer-warning labels for foods leading to 30 micrograms per day of E-150d. This is important to note when traveling overseas because US Coca-Cola products keep their E-150d levels lower than those overseas.

“We’re asking the FDA to ban the use of caramel coloring that’s used in colas and certain other soft drinks and a variety of other foods,” said Michael Jacobson, Executive Director of the Center for Science in the Public Interest. “The reason is that several years ago a government agency, the National Toxicology program tested a contaminant in the coloring and found that it caused cancer in mice and possibly rats.” (3)

The new line of Coca-Cola drinks’ proudest claims is that it uses Stevia, a naturally occurring sweetener that has fewer calories than sugar and has no chemicals like aspartame. Well, it does, but not really. It uses steviol glycoside.

In fact, this sweetener is not natural at all; it’s a highly processed chemical that is derived from the Stevia plant, but is not necessarily natural, as the company claims. In fact, it has been the subject of a class action lawsuit. The claim against Coca-Cola is that the average consumer would not consider a chemical that is unnaturally processed and synthetic to be “all natural.” (5)  This lawsuit comes on the heels of a multitude of lawsuits about similar health claims of Vitamin Water.

However, many studies (6) have shown the importance of Stevia has a combatant against diabetes, and have not demonstrated any remarkable side effects on laboratory rats.

Many believe the serving size of Coca-Cola Life to be a great feature of the new product. We’ll have a smaller serving; we’ll consume fewer calories! But this isn’t necessarily the case.

“A cola drink with [fewer] calories may be part of the problem rather than the answer to reducing our waistlines. People tend to consume greater quantities of foods they believe to be healthy, and seeing a food promoted as healthy can lead people to eat more calories,” Sandra Jones who is professor and director of the Centre for Health and Social Research at Australian Catholic University.