Study: Drinking Fluoridated Water Can Tamper With Your Thyroid Gland And Hormones

Drinking water that’s been artificially fluoridated with synthetic fluoride chemicals has been shown in a new peer-reviewed study to increase the risk of hypothyroidism, by 30 percent or more.

Researchers from the University of Kent in the UK, publishing their work in the Journal of Epidemiological & Community Health, found that people who consume fluoridated water are much more likely than people who don’t, to suffer from a sluggish thyroid, a chronic health condition that often result in depression and obesity. 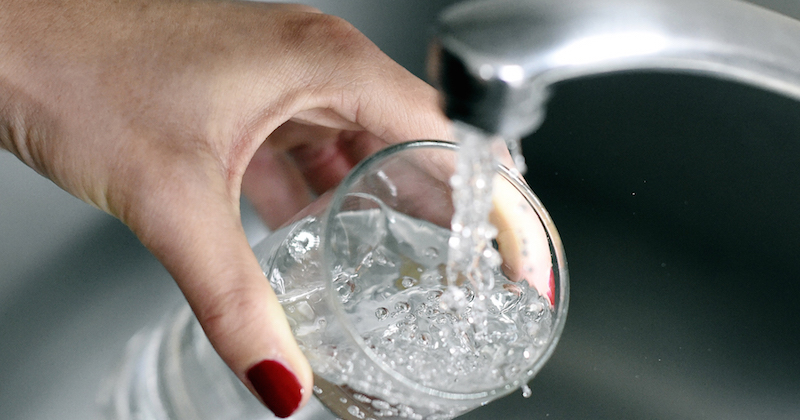 After evaluating the number of patients with thyroid conditions at general practitioners’ offices throughout England, the team, led by Professor Stephen Peckham from the Centre for Health Service Studies, observed that areas where public water is artificially fluoridated systematically had the highest prevalence of hypothyroidism.

Meanwhile, the prevalence of the thyroid condition in areas where tap water is left alone was found to be significantly less common, affirming what many earlier studies have found concerning fluoride’s displacement of necessary iodine throughout the body, a damaging process that essentially starves the thyroid gland of much-needed nutrients.

“I think it is concerning for people living in those areas,” stated Prof. Peckham about the findings. “Underactive thyroid is a particularly nasty thing to have and it can lead to other long term health problems. I do think councils need to think again about putting fluoride in the water.”

“There are far safer ways to improve dental health,” he added.

The thyroid gland is a major regulator of metabolism, and it is directly involved in all bodily functions. According to a 2011 study published in the Indian Journal of Endocrinology and Metabolism, thyroid dysfunction is the second most common glandular disorder of the endocrine system, the damage from which can show up in any system in the body.

“Insufficient levels of thyroid hormone cause symptoms such as slower metabolic rate, weight gain, lethargy, intolerance to cold, dry and cool skin, and puffiness of the face and eyelids,” explains the study. “The blood pressure appears to be normal, but the heart rate is slow.”

There are a number of toxic halogens that displace iodine in the thyroid, fluoride being one of them (bromide is another), resulting in major thyroid damage. This is a scientific fact that has been proven over and over again,* and which is admitted by the U.S. National Research Council.

This means that populations that are being forcibly subject to fluoridated water due to misguided public health measures are also being inadvertently poisoned, against their will, with a substance that, when ingested, doesn’t even prevent tooth decay but does occupy receptors meant for iodine and accumulates in bones, causing them to become brittle (just like it does to teeth when they become mottled because of fluoride).

“To condemn the entire population, already having marginal levels of iodine, to inevitable progressive failure of their thyroid system by fluoridating the water, borders on criminal lunacy,” said Dr. Barry Durrant-Peatfield, MBBS, LRCP, MRCS, a specialist in metabolic and thyroid-related diseases and author of “Your Thyroid and How to Keep It Healthy and The Great Thyroid Scandal“.

Adding to the conversation, a Telegraph commenter had the following to say about the dangers of synthetic fluoride chemicals, which in no way resemble the natural fluorine compounds found in nature.

“If fluorosilicic, hexafluorosilicic, and the other fluoride acids they add to the drinking water were good for us, they would be found in natural spring waters of the earth. But they are not, because they are man-made synthetics. … Calcium fluoride (as found in nature) is the only form I would not be concerned about[;] all other forms have been shown to exhibit a disharmonious effect on the body.”