A warning to herbal supplement users: Those store-brand ginkgo biloba tablets you bought may contain mustard, wheat, radish and other substances decidedly non-herbal in nature, but they’re not likely to contain any actual ginkgo biloba. 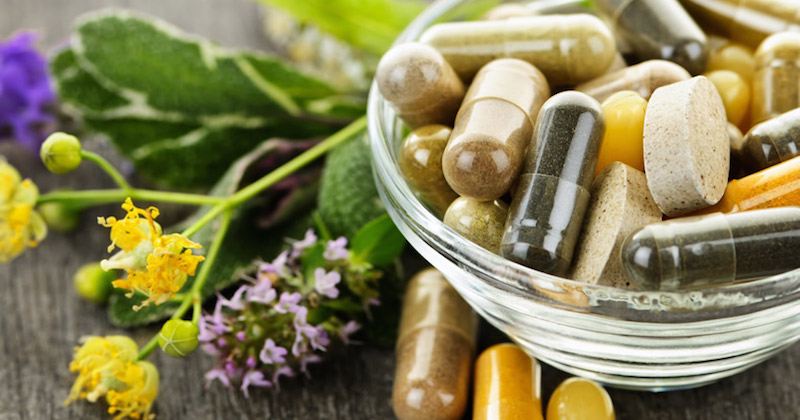 According to an investigation by the New York State attorney general’s office into store-brand supplements at four national retailers — GNC, Target, Walgreens and WalMart, have all received cease-and-desist letters demanding that they stop selling a number of their dietary supplements, few of which were found to contain the herbs shown on their labels and many of which included potential allergens not identified in the ingredients list.

The tests were conducted using a process called DNA barcoding, which identifies individual ingredients through a kind of “genetic fingerprinting”. The investigators tested 24 products claiming to be seven different types of herb—echinacea, garlic, gingko biloba, ginseng, saw palmetto, St. John’s wort and valerian root. All but five of the products contained DNA that was either unrecognizable or from a plant other than what the product claimed to be.

Additionally, five of the 24 contained wheat and two contained beans without identifying them on the labels — both substances are known to cause allergic reactions in some people. 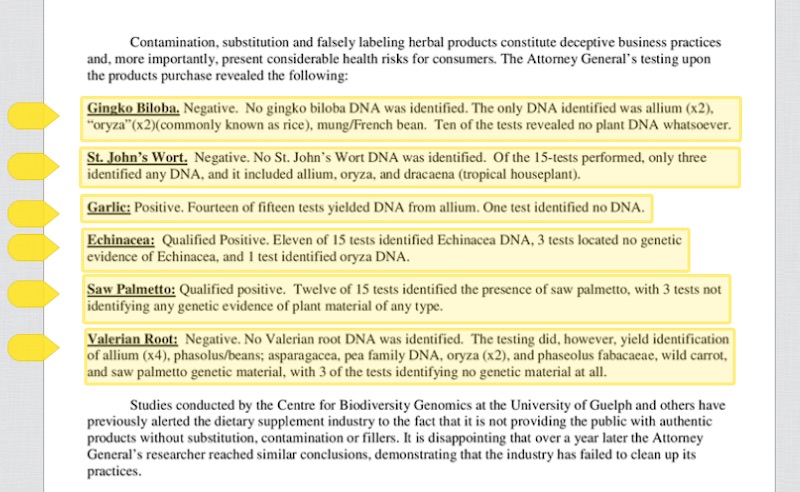 Of the four retailers, WalMart was the worst offender: None of its six supplements that were tested was found to contain purely the ingredient advertised. Target’s supplements were the least misleading of the lot — though that isn’t saying much, since tests on six of the brand’s products resulted in only one unqualified positive. Two of Target’s other supplements contained DNA from other plants alongside their purported ingredients, while the remaining three tested negative.

Harvard Medical School assistant professor Pieter Cohen, who is an expert on supplement safety, told the New York Times that the test results were so extreme he found them hard to accept. He suggested that the manufacturing process may have destroyed some of the ingredients’ DNA, rendering the DNA barcode test ineffective.

On the other hand, he said, “if this data is accurate, then it is an unbelievably devastating indictment of the industry.”

This investigation is just the latest in a series of blows against the dietary supplement industry. Supplements are not considered food or drugs, so they have long been only loosely regulated. Federal guidelines require companies to ensure that their products are safe and accurately labeled, but the FDA has little power to enforce that rule.

Supplements Not What They Claim To Be

In the past five years, tainted supplements have been associated with kidney failure, hepatitis and other problems.

The New York attorney general’s letters also cited a 2013 Canadian study of 44 common supplements, in which one-third of herbal supplements that were tested contained no trace of the plant advertised on the bottle.

The Canadian study “alerted the dietary supplement industry to the fact that it is not providing the public with authentic products without substitution, contamination or fillers. It is disappointing that over a year later the attorney general’s researcher reached similar conclusions,” the letters chastised, sounding like a frustrated parent.

In response to the findings, Walgreens told the New York Times that it would remove the offending products from its shelves nationwide, while spokesmen for Wal-Mart and GNC both said that the companies would respond “appropriately.” Target did not respond to requests for comment.