Supplementation with magnesium appears to be especially helpful for alleviating hyperactivity in children (2). In a group of children supplemented with about 200 milligrams (mg) per day of magnesium for six months, there was “an increase in magnesium contents in hair and a significant decrease of hyperactivity” compared to children in the control group who had not been treated with supplemental magnesium (3).

Magnesium Is Safe and It Works

This is typical of modern “evidence-based” medical literature. Some medical professionals will ignore what is already known unless a sufficient number of double-blind randomized studies have been performed. Magnesium supplementation is safe and effective, and it is critically important for children who are deficient. 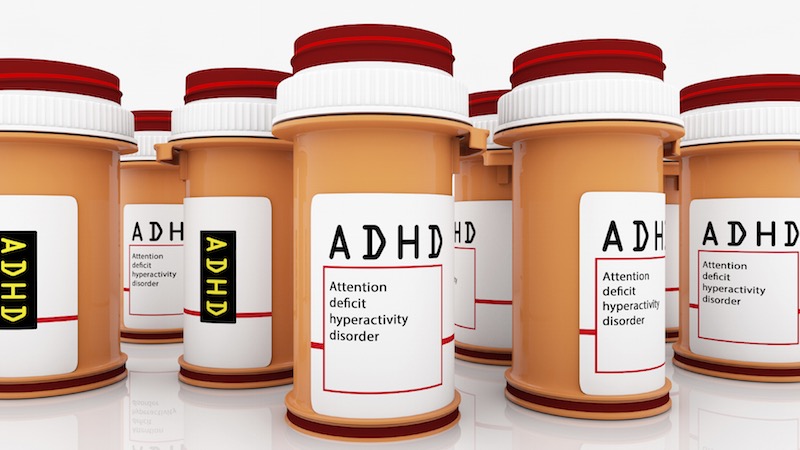 ADHD Medications Harmful Side Effects: May Cause Sudden Death

Depending on which ADHD drug is being taken, side effects of overdose include mydriasis, tremors, anxiety, agitation, hyper-reflexia, headache, gastrointestinal upset, combative behavior, confusion, hallucinations, delirium, dizziness, dystonia, insomnia, paranoia, movement disorders, tachycardia hypertension, seizures, and yes, even hyperactivity, the very condition an ADHD drug is supposed to be treating. Oh, and they can kill you (6,7).

Even if “fatalities are rare” (7), I imagine this brings little comfort to parents. Moreover, the most common side effects of ADHD drugs, taken as prescribed, are appetite loss, abdominal pain, headaches, sleep disturbances, diminished growth, hallucinations and psychotic disturbances (8). Magnesium produces none of these effects.

Magnesium Is Both Safe And Effective

And even though magnesium is both safe and effective, nowhere in the report from the American Academy of Pediatrics (AAP) Clinical Practice Guideline for ADHD is magnesium supplementation recommended (8).

When it comes to the potential for kids to die suddenly from taking their prescribed ADHD medication, concerns are dismissed by the AAP with statements like “evidence is conflicting as to whether stimulant medications increase the risk of sudden death” (8).

One would hope that with this level of uncertainty about the risk of death, the medical advice would be against the use of ADHD medication. Instead, the recommendation from the United States Food and Drug Administration (FDA) is “continue your ADHD treatment as prescribed by a healthcare professional” (9). Just be sure to “talk to your healthcare professional about any questions you may have about ADHD medications.” Well, never has “talking about it” made medication any less dangerous.

Other Benefits of Magnesium

In addition to its effectiveness for treating hyperactivity, magnesium also benefits children in other profound ways: it can help kids sleep better at night, relieve discomfort from sore muscles and growing pains, relieve constipation, reduce anxiety, and reduce headache days (10).

“I have come to the conclusion that everyone could benefit from extra magnesium supplementation.”
~ Carolyn Dean, MD, ND

Magnesium and Other Nutrients for ADHD

ADHD is not caused by a drug deficiency. Instead of giving drugs to our children, we should look to the benefits of providing them with optimal nutrition. Children with ADHD may benefit from optimal levels of several nutrients including vitamin D (11), iron (12), niacin (B3), pyridoxine (B6), vitamin C, and omega-3 fatty acids (13).

In addition to removing refined sugar from the diet, avoiding artificial food dyes, and providing healthy food, pediatrician Ralph Campbell, MD, recommends a vitamin B complex supplement be given with breakfast, an additional 100 mg of B6 at another meal, and 200 mg or more of magnesium per day for ADHD children (13). Other helpful tips include limiting screen time and increasing exercise, especially in the outdoors.

Keep in mind, only about 30 to 40 percent of dietary magnesium is absorbed by the body (14). Remember, too much magnesium in a less-absorbable form can cause loose stool. This side effect can be prevented by reducing the amount of magnesium given and providing it in a more absorbable form.

If larger total daily doses of magnesium are required, divide the dose into smaller amounts and give it multiple times throughout the day.

Avoid magnesium oxide (it absorbs very poorly) and avoid both magnesium glutamate and magnesium aspartate (10). Magnesium sulfate is cheap and can be obtained transdermally by soaking in regular Epsom salt baths. 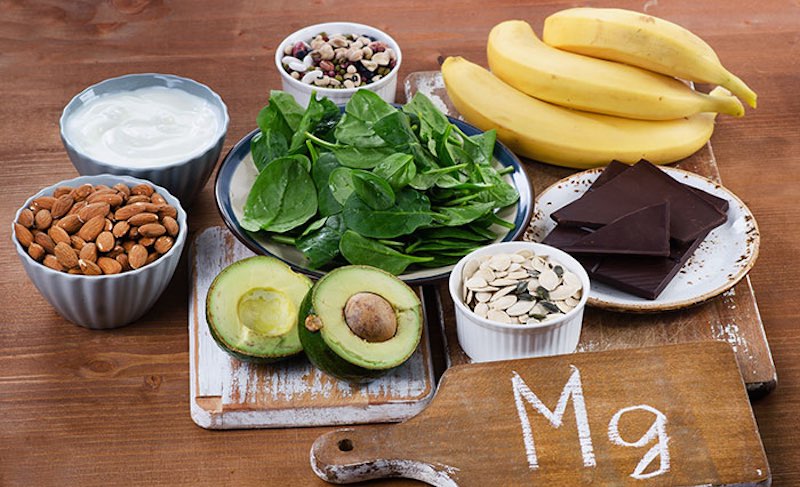 How We Get Magnesium Into Our Children

Our children take bi-weekly Epsom salt baths. We toss a handful or two of Epsom salt in their bath and have them soak for about ten to fifteen minutes. Our kids call it “water salt.”

Our children eat a plant-based diet which provides magnesium from many sources:

Our children do not suffer from ADHD. But we don’t like to wait around for nutritional problems to show up. We see to it that our kids get the nutrients their growing bodies need. “Don’t take chances; take vitamins and minerals” is our motto. Always will be.