According to a study at UT Southwestern, acid reflux (or GERD) has been misdiagnosed and treated with PPI’s drugs. Various other acid reflux drugs are prescribed to sufferers when all along the cause has been inflammation as most holistic and naturopathic doctors have maintained for years.

Drug names include Nexium, Prilosec and Prevacid and are sold both as over the counter and prescription. 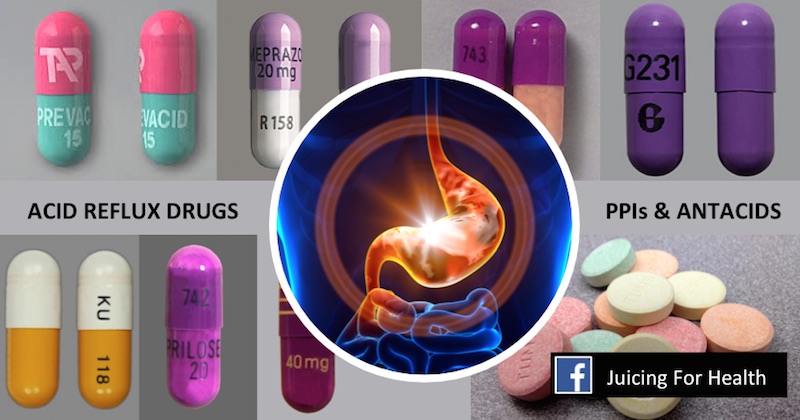 The drugs, known as proton-pump inhibitors (PPIs), appear to significantly elevate the chances of developing chronic kidney disease, according to a study involving more than 250,000 people.

These medicines are purchased as common practice for heartburn. An estimated 15 million Americans use PPIs on a regular basis.

“They’re very, very common medications,” says Morgan Grams, an epidemiologist at the Johns Hopkins Bloomberg School of Health who led the research, being published in the journal JAMA Internal Medicine.

Grams and her colleagues decided to examine whether PPIs might increase the risk for chronic kidney disease. They examined the medical records of two groups of people: 10,482 participants in the Artherosclerosis Risk in Communities (ARIC) study and 248,751 patients in the Geisinger Health System in Pennsylvania.

Among the 322 people using PPIs in the ARIC study, the 10-year estimated absolute risk for chronic kidney disease was 11.8 percent, the researchers reported. The expected risk would have been 8.5 percent. The 10-year absolute risk among the 16,900 patients using PPIs in the Geisinger Health System was 15.6 percent, whereas 13.9 percent would have been expected to develop chronic kidney disease.

“The findings are worrying enough that people should use PPIs only when they really need them”, she says.

“Given the fact that so many people use PPI medications, I think it is judicious to exercise some caution,” she says.

Acid reflux drugs, like Nexium, have long been known to cause some very serious side effects. Among them are problems such as anemia, heart problems, hypertension, osteoporosis and further digestive problems including irritable bowel syndrome (IBS). 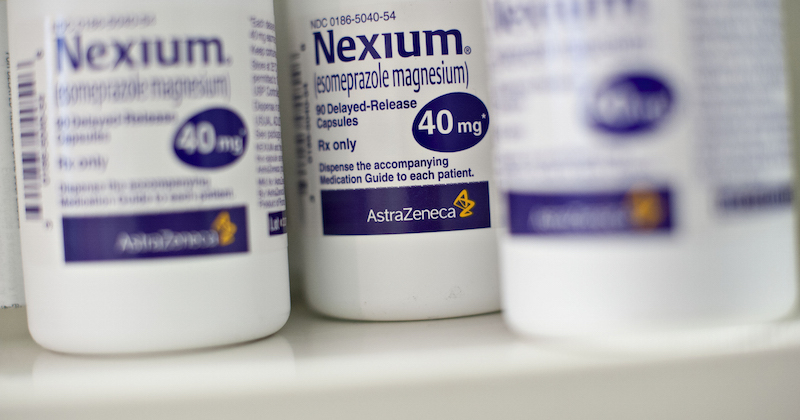 In fact, drugs used to treat acid reflux do not treat the condition itself but only the symptoms. They are not designed to correct the root cause of the problem. As a result, the problem continues to worsen over the years. Drug treatment is continued and the drug side effects continue to worsen as well.

Studies show that a majority of Americans are deficient in vitamin B12 for various reasons, and one big reason is from medications that deplete not only vitamin B12 but many other nutrients in the body. Vitamin B12 deficiency can cause one to become tired, weak, constipated, and anemic, according to the U.S. National Institutes of Health. Ultimately, the vitamin deficiency can lead to osteoporosis, nerve damage and dementia.

Vitamin B12 is the largest vitamin molecule known and it requires sufficient stomach acid to help the body absorb. Acid reflux and certain other drugs that reduce stomach acid will further reduce the absorption of this very important vitamin.

You Have Most Likely Been Misdiagnosed

Acid reflux is an extremely common health problem. Typically, you will be told that your GERD is caused by having too much acid in your stomach, thus an antacid (anti-acid) or PPI is prescribed. This is a serious medical mistake that affects hundreds of millions of people.

Under-production of stomach acid could be caused by a faulty diet and lifestyle (including medications and stress).

The mechanism of why under-production of stomach acid can cause an acid reflux is found here.

If you suffer with this condition and are on a PPI like Prilosec or Prevacid, please understand that these are very dangerous drugs and you should try to wean yourself off of them, gradually, or you may experience a severe rebound of your symptoms and end up being worse off than before you started taking the medication.

Go here to learn safe and effective strategies that can help you to wean off these drugs (if you’re already on one), and how you can implement a lifestyle and dietary modification to eliminate this condition once and for all. Yes, you can ELIMINATE this condition totally, don’t let anyone tell you otherwise. I have had successful results with my clients who suffer from acid reflux where they are now 100% healed.