What Is Root Canal And How It Houses Dangerous, Toxin-Producing Organisms

Root canals are one of the most common and widespread dental procedures on the planet. Statistics presented by the American Association of Endodontists show that at least 15 million root canals are performed every year. That’s roughly 41,000 a day.  With these numbers, this procedure may seem routine or even harmless, but a root canal is dangerous and involves a number of health risks. 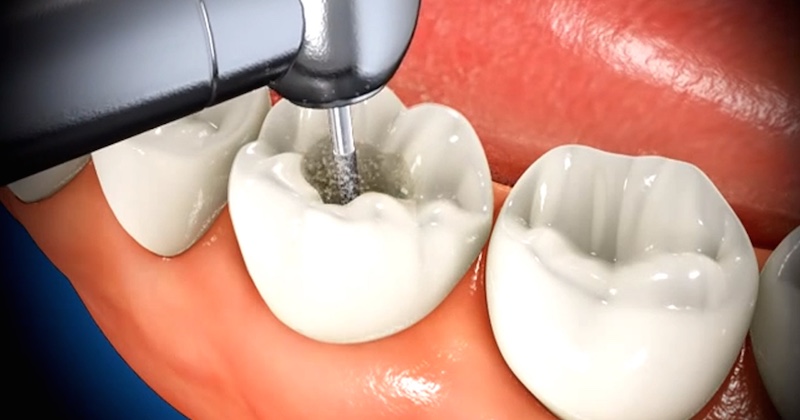 Root canals can be detrimental to your health because the teeth affected have the potential to be “incubators” for toxic anaerobic bacteria, which can go into your bloodstream and cause severe medical conditions. What’s worse, you may not be able to detect these until years later.

How do these health risks make their way to your body? The answer lies in the way the procedure is carried out. In root canals, the dentist hollows out the tooth in question, then fills the empty chamber with a tough, plastic substance called gutta-percha, which comes from the latex of trees. It resembles rubber and is used for insulation and other dental procedures.  This cuts the tooth off from its blood supply and no fluids are able to circulate through the tooth.

The problems begin here as the middle portion of each tooth is home to the pulp chamber where blood vessels and nerves are. These portions are surrounded by two hard layers, namely the dentin and the white enamel. These have roots that descend into your jawbone and are held in place by the periodontal ligament.

Dental schools usually teach their students that there are one to four major canals connected to each tooth. In reality, however, there can be more. In these passageways, microscopic organisms can move about, and it’s where they can turn into harmful bacteria and hide from antibiotics and your body’s immune defenses.

These dangerous, virus-loaded organisms can produce toxins, waiting for an opportunity to spread after hiding in the canals where no amount of sterilization has been proven effective on them.

Every single root-canaled tooth houses these bacteria around the apex and in the periodontal ligament. They may extend to the jawbone where they can cause cavitations, areas of unhealed bone often with infected tissue and gangrene. They normally form after tooth extractions or root canals. 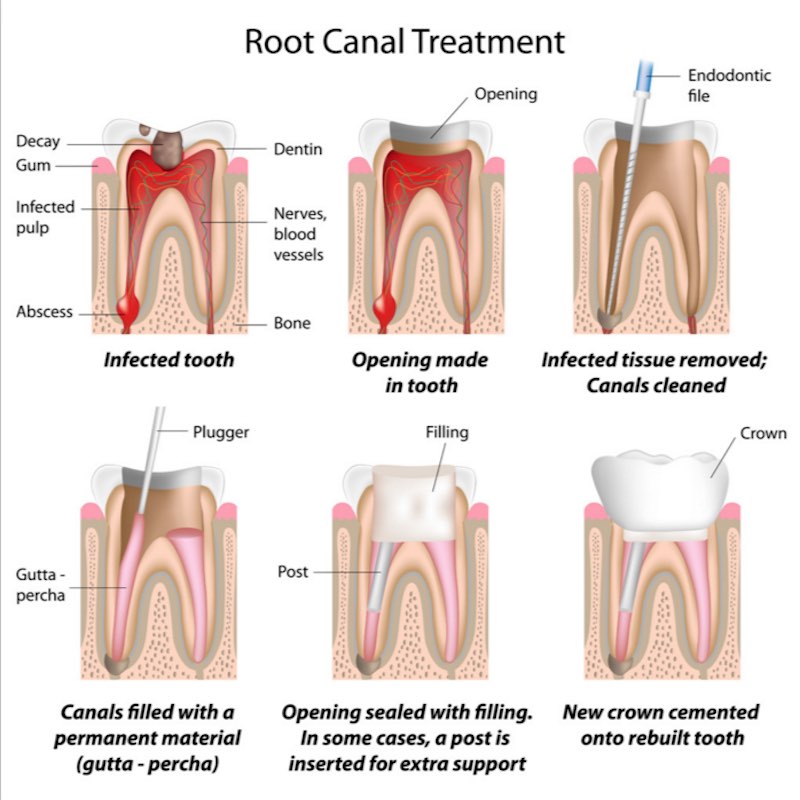 Dr. Weston Price’s investigation into the procedures of root canals began in 1900. He had been treating root canal infections and was concerned by the fact that the teeth involved remained infected regardless of treatments.

One day, he recommended that a woman who was wheelchair-bound for six years to have her root canal tooth extracted, even if it seemed to be fine. Price then implanted the extracted tooth under the skin of a rabbit, which developed arthritis, just like the woman. Ten days later, the animal died from the infection. Even more remarkable was the fact that the woman from whom the tooth was removed soon recovered and was able to walk even without the help of a cane.

Perhaps Dr. Price’s most important discovery was that sterilizing a root-canaled tooth was not feasible. He also discovered that many chronic degenerative diseases developed from teeth that underwent the procedure, with heart and circulatory diseases being the most prominent.

He found 16 various bacterial agents that caused these diseases, and established strong correlations between root-filled teeth and joint, brain, and nervous system illnesses. As a culmination of his work, he published two books in 1922 detailing the link between dental pathology and chronic illness. Unfortunately, not many paid attention to his discovery.

Fast forward nearly a century later, Dr. George Meinig, one of the eventual founding members of the American Association of Endodontists, published a book called the Root Canal Cover-Up in 1993. This book came after 18 months of immersing himself in Dr. Price’s research. To date, it’s the most comprehensive study of this topic.

How A Root Canal Is Linked To Many Diseases

In an examination of root-canaled teeth using DNA analysis, the Toxic Element Research Foundation (TERF) found that 100 percent of samples were contaminated with bacteria. A total of 42 different species of anaerobic bacteria were present in 43 of the samples, and 67 different types of bacteria were found in 85 cavitation samples.

Proliferation of these bacteria can negatively affect the heart, nerves, kidneys, brain, and sinus cavities. What’s worse, 400 percent more bacteria were found in the surrounding blood and bone than inside of the tooth.

It has been established that chronic degenerative diseases of the heart, kidney, and joints, and neurological (includes ALS and MLS) and autoimmune diseases (includes Lupus) stem from root canal procedures. Alarmingly, the research of Dr. Robert Jones’ uncovered cancer links as well.

According to Dr. Jones’ five-year study of 300 breast cancer cases, 93 percent of the women had root canals while the other seven percent got oral pathology. Tumors also developed on the same side of the body where the root canal procedure happened. His hypothesis, is that toxins from the bacteria in the infected tooth hinder proteins that suppress tumor development.

What You Should Do When Your Dentist Suggests A Root Canal

Unfortunately, a good number of dentists are unaware of the health risks of root canals. The American Dental Association went so far as to guarantee the safety of this operation despite the lack of any published data or actual research to prove it, all while rejecting Dr. Price’s claims. Yet the American Heart Association recommends taking antibiotics prior to routine dental procedures to prevent infective endocarditis.

This is quite peculiar isn’t it? One agency hails the procedure’s safety while another advises a precautionary measure due to the potential side effects.

Fortunately, there are alternatives to this life-threatening procedure. One is to have the tooth removed rather than undergo a root canal.

Sounds painful? Here are other options you can try:

When it comes to dental care search for a biological dentist. They’re uniquely trained to safely and properly extract teeth. Their approach to dental care is more holistic, and they are trained to consider the potential impacts that surgical interventions like these will have on your body.

A root canal is a procedure that shouldn’t be taken lightly. If you’ve been considering one, hopefully this article convinces you to think twice and explore other options.