Read The Labels—If Your Food Has Any Of These 20 Ingredients, STOP Eating Them!

Finding unnatural and potentially harmful additives in our food products has become standard practice in society since the last few decades. People are now slowly becoming aware that they are consuming these harmful substances, and should know more about their effects on the human body. One good way to avoid these foods is to read the labels! 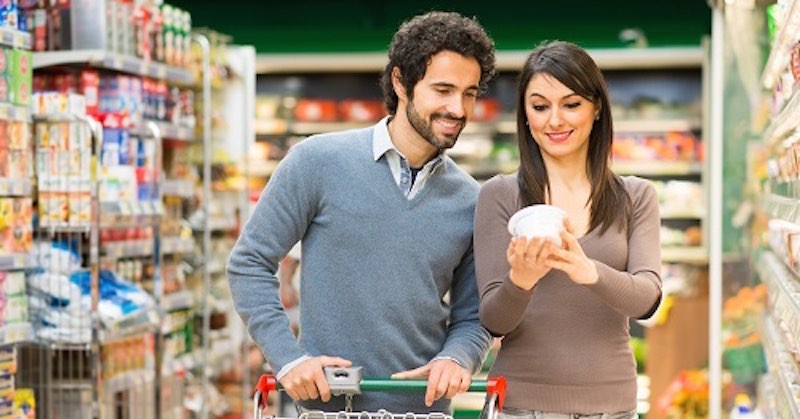 Since the manufacturers and distributors of these “food” products are not likely to tell you the honest truth about their effects on the human body, here is a list of the 20 most dangerous ingredients commonly found in food products, and why they are harmful.

Read The Labels And Avoid These 20 Most Dangerous Ingredients

Monosodium Glutamate (or MSG) is a flavour enhancer that is commonly found in restaurant-prepared food, canned vegetables, soups and processed meat.

Although the FDA has classified MSG as “generally recognized as safe”, they have received many reports claiming that people have suffered adverse reactions to consuming MSG. These reactions, known as MSG symptom complex, include:

Acesulfame-K is an artificial sweetener that is 200 times sweeter than sugar. It is often used in sugar-free baked goods, chewing gum, gelatin desserts and soft drinks.

According to research, large doses of acetoacetamide, a breakdown product of Acesulfame-K, has been shown to have adverse effects on the thyroid.

Although soy is often used by vegetarians and vegans as an alternative to meat-based protein, it should definitely not be considered a health food. This includes any foods that contain soy protein, soy isolate and soy oil.

Long-term consumption of soy has been linked to breast cancer, endometrial cancer and kidney failure. This is because soy contains a chemical called phytoestrogens. High levels of phytoestrogens can become toxic and “feed” certain types of breast cancer as it can act as an estrogen.

Soy products might also increase the risk of developing kidney stones as soy contains oxalates, which is the main ingredient in kidney stones.

Studies have shown that both BHA (Butylated hydroxyanisole) and BHT (Butylated Hydrozyttoluene) can be harmful for the body’s circulatory system and blood cells.

According to a study, both BHA and BHT can cause hemolysis, that is the rupture or destruction of red blood cells. This can cause damage to your blood and have very detrimental effects on your circulatory system.

Although the study concluded that BHT is more toxic than BHA, both substances should be avoided.

The word “flavor” on processed foods indicates a mixture of various unlisted chemicals meant to make you literally addicted to the taste of the food it is found in. This was admitted by two scientists from the flavor-producing company Givaudan in an interview with Morley Safe of 60 Minutes.

“We want a burst in the beginning. And maybe a finish that doesn’t linger too much so that you want more of it“, said one of the scientists from Givaudin.

Morley Safe responded to this by asking them if they are trying to create an “addictive” taste, to which one scientist responded that it was a good word to use to describe it.

Sugar is the most commonly consumed sweetener, found in a majority of processed foods. Its toxicity can cause a variety of health problems by overloading the liver, cause metabolic dysfunction, negative effects on the brain and heart, type-2 diabetes, migraines, obesity and many more ailments.

Sugar is known by many names. Here is only a short list of their hidden names and some of them are expounded on this page.

Although “Enriched wheat” may sound healthy, it just means that the food you are consuming has been further tampered with during production.

The point of wheat enrichment is to restore nutrients that was lost during processing by adding it back in afterwards. This just means that nutrients that is not naturally found in the wheat is being added into it, while most of the natural components, such as the fiber, are not present.

Being “fortified” with certain vitamins mean the same thing, that is vitamins that were lost during processing are added back in afterwards. They are synthetic vitamins and are not the same as the real nutrients you obtain from fresh fruits and vegetables.

High fructose corn syrup is a sweetener that is commonly found in pops and fruit-flavoured drinks. It has been linked to health problems such as weight gain, type-2 diabetes, metabolic syndrome and high triglyceride levels. All of these effects have been linked to an increased risk of heart disease.

Sodium benzoate is a synthetic (man-made) compound that is a carcinogenic food additive. When ingested, this compound chokes your cells, depriving them of oxygen. Your cells need oxygen to function properly and without oxygen they die.

Sodium benzoate is put in many commercially-prepared foods as it is the cheapest preservative that prevents foods from spoiling. It extends the shelf life of the products, but shortens human life.

Long-term consumption of sodium benzoate can cause serious symptoms that are harmful to your health. Some of these include: 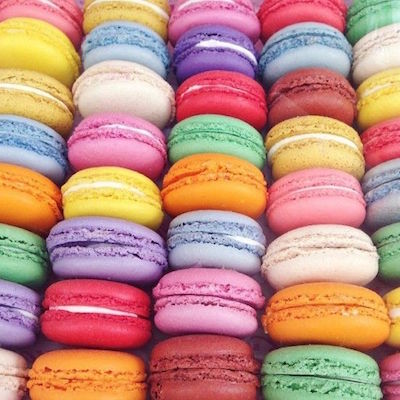 Artificial colorings or dyes are used in foods to enhance their visual appeal by making them seem more colourful than they actually are.

Although it makes food more aesthetically pleasing, it also makes it more harmful to consume.

Dyes such as Red 40, Yellow 5 and Yellow 6 contain benzidene, a carcinogen that is permitted in the use of creating food products.

In fact, these dyes are the most commonly used ones, accounting for 90% of all dyes used in food products.

Aspartame has been linked to causing and contributing to various types of cancer growth.

Two studies published by a group of Italian researchers found that long-term cumulative aspartame ingestion can increase the risk of developing blood related cancers, such as leukemia and lymphoma. A more recent study also found a link between aspartame consumption and increased risk of leukemia, lymphoma and multiple myeloma in men.

One study also linked the high usage of aspartame in society to increased brain tumor rates.

Although some meat and dairy products contain small amounts of naturally occurring transfats, most of the transfats found in food products are created through an industrial process that adds hydrogen to vegetable oil. Transfats are commonly found in baked goods, fried foods and snacks such as potato chips.

Transfats are dangerous due to their effect on your cholesterol. Consuming transfats oxidizes your cholesterol, making them harmful and cause a host of health problems including blood clotting, which can increase your risk of suffering from a heart attack or stroke.

Propyl gallate is added to foods to as a preservative. This compound can cause allergic reactions in the form of asthma attacks in some people. It can also cause stomach and skin irritations, liver and kidney damage, and has the potential to increase your chances of having cancer.

Studies conducted on animals have come to the conclusion that propyl gallate is toxic when ingested. Read the labels!

Potassium sorbate is a naturally occurring antimicrobial compound that is often used as a preservative meant to ward off mold or fungus.

There are many harmful, long-term side effects that are associated with the consumption of potassium sorbate, these include:

Sodium chloride, commonly known as table salt, is a commonly used additive and is very heavily administered in foods such as processed meats.

Sucralose is a calorie-free artificial sweetener derived from sucrose, and it is up to 650 times sweeter than sugar and only a little is used in food products. This makes it economical for food manufacturers to use them. Reports of reactions to sucralose consumption suggest that sucralose could trigger migraines.

80% of the corn produced in the U.S. are genetically modified, and those used in manufactured foods are not non-GMO.

Researchers found unusual concentrations of hormones and other compounds in the blood and urine of lab rats that were fed with GMO corn, suggesting impaired kidney and liver functions. The rats even had elevated blood sugar levels and raised levels of triglycerides, all contributors to, and precursors of diabetes.

Canola oil is commonly used in most food products. It contains many harmful substances, including erucic acid, which can be detrimental to heart health.

Canola oil is an oil that has been genetically engineered from cheap rapeseed oil, by a group of Canadian scientists, to make this oil more edible. The word “Canola” is not a plant, but stands for Canada Oil, Low Acid.

Canola oil is high in polyunsaturated fats, which are sensitive to high heat and becomes oxidized when heated. Yet, high heat is used in the process of producing this oil, turning it rancid and then it is deodorized to remove the smell.

Soy lecithin is a food additive that is used in many processed foods. Long-term consumption of soy lecithin can cause side effects that include:

Polysorbate 80 is a synthetic compound made from the dehydration of sugar alcohol and oleic acid, a fatty acid found in vegetable fats. It is used as an emulsifier or defoamer in foods to keep them appearing smooth and not separate.

A recent study has suggested that ingestion of Polysorbate 80 could cause development of bowel problems such as colitis and Crohn’s disease. It has also been linked with an increased risk of blood clots, stroke, heart attack, heart failure and tumor growths.