Fish oil is often touted as the best source of omega fatty acids (and the most affordable too).

Now, while everyone knows that omega fatty acids (like omega-3, omega-6, and omega-9) are a good thing, almost nobody knows exactly what they mean.

Are omegas really good for you? Should you focus on the 3s or the 6s?

Is it true you can fix chronic inflammation by tweaking your ratio of omegas?

Let’s dig into the matter one question at a time.

What Are Omega Fatty Acids?

All omegas are unsaturated fatty acids. Of the three most commonly mentioned omegas – 3, 6, and 9 – your body can produce only omega-9s. For good health, you have to get enough omega-3 and omega-6 fatty acids from dietary sources, and that’s why they’re called essential fatty acids.

Keeping an eye on your fatty acid intake (as well as the ratio between specific types of fatty acids in your diet) is key for reaching optimal body composition, maximizing physical performance, and even keeping your brain function sharp through the years.

How Do The Omega Fatty Acids Work?

All the cell membranes in your body contain an omega-6 known as arachidonic acid (ARA).

When your cells are damaged in any way, the ARA in the cell membranes is released and metabolized by cyclooxygenase (COX) enzymes into all sorts of inflammatory molecules (eicosanoids).

These inflammatory molecules aren’t exactly a bad thing—you need them to fight off viruses, combat bacterial threats, support your immune system, and even kill cancer cells. That’s why producing these eicosanoids when your cells are damaged is actually a good idea.

The problem is that all sorts of environmental factors (air and water pollution, chemicals in food, artificial dyes, etc.) can activate ARA release and eicosanoid production even where there is no cell damage yet.

Ironically, these inflammatory molecules then cause cell damage and lead to even more eicosanoids being produced, and this cycle empowers itself into chronic inflammation. 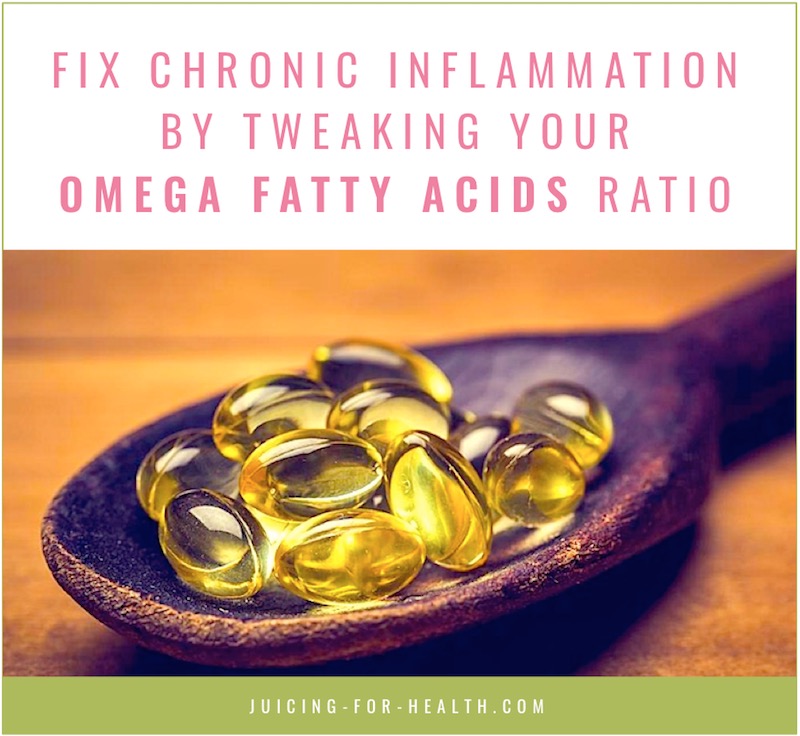 How To Prevent Inflammation with Omega-3

So how can you prevent this excess production of inflammatory molecules when you don’t need them?

In other words, when you get a lot of omega-3s, you’ll be limiting your body’s ability to process omega-6s into inflammatory stuff.

As to omega-9s, they aren’t really a problem. Contrary to the previous two classes of omegas, your body can produce omega-9s just fine. You’ll have to get your 3s and 6s from the right foods and in the right amount.

But why should you bother?

Let’s take a good look at all the confirmed health benefits of the essential omegas.

For thousands of years, humans lived on something close to a 1:1 ratio of essential omegas, meaning they ate as much omega-6 fatty acids as omega-3s.

Ancient hunter-gatherer civilizations had a 4:1 to 1:3 ratio of omega-6s to omega-3s.

Then, as the centuries went by, this ratio shifted towards omega-6s, and now the typical Western diet features 15-17 times more omega-6 than omega-3 fatty acids.

Imagine the storm of inflammatory molecules your body is producing from such an abundance of omega-6 fats!

Studies indicate that by adopting a ratio close to 4:1 (the one we had for centuries) or lower, it’s possible to:

In other words, although you need both types of essential omegas in your diet, their ratio is much more important for your general health. Aim to get more omega-3s and control your intake of omega-6. 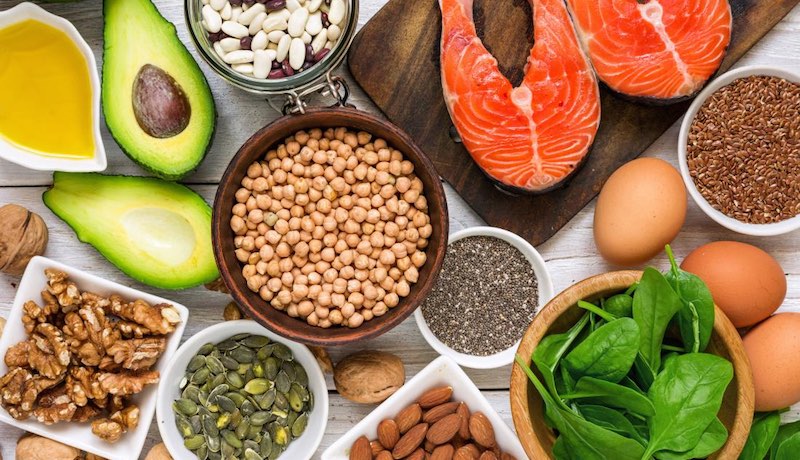 Eat less of these omega-6 food sources (according to the National Cancer Institute):

Of course, taking fish oil supplements is the easiest (and cheapest) way of getting enough omega-3s to maintain a healthy ratio of omegas and reap all the amazing benefits listed above. I highly recommend this fish oil supplement from Dr Tobias.

At first sight, the matter of omega fatty acids in your diet seems complex and way too sciency—because it is! But if you want it boiled down to a few sentences, here it goes: