One Woman’s Nightmare—Irreversible Side Effects Caused By Medications

by: Sara Ding
in Lifestyle & Wellness 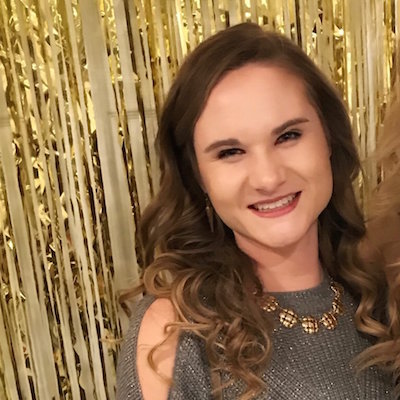 When I was 20 years old, I learned this reality the hard way. After going on hormonal birth control to regulate my periods, I soon found myself in the emergency room suffering from a pulmonary embolism.

The bilateral blood clots in my lungs were my wake-up call to the reality that some medications can, and sometimes will, do more harm than good.

Although I was among a small percentage of people who suffered birth control’s blood-clotting side effect, my wariness of medications’ safety grew tenfold.

What does my medical nightmare with birth control have to do with clinical trials? To dissolve my clots, I was prescribed the blood thinner Xarelto, a fairly new anticoagulant that hit the market in 2011. The traditional medication warfarin required weekly blood draws and a change in diet, but with Xarelto, I simply had to take a pill two times daily. No further action was needed.

The convenience factor of this new medication made it the obvious choice for me. I was young, still in college, and couldn’t be bothered with weekly appointments. I took Xarelto for only six months until my clots dissolved, and I’ve been living a normal life ever since.

There was a catch with this medication, however. It didn’t come with an antidote to reverse its blood-thinning effects. Any fall, scrape, or cut that happened while I was taking the prescription could have caused severe internal bleeding consequences or even death. When the severity of the medication came to light, Xarelto received a black box warning in 2013 to call attention to the potential complications.

Fast forward to 2018, and 20,000 people have filed claims against manufacturer Johnson & Johnson because of the disastrous side effects. I consider myself lucky that I didn’t incur any complications from Xarelto, but the question begs to be asked.

How do medications with such severe side effects even get approved in the first place? The answer lies in the fact that drug companies can fund their own clinical trials.

The Good, The Bad & The Ugly of Big Pharma:
Understanding the Massively Influential Industry

It seems like there are more bad news surrounding the pharmaceutical industry than good. We are in the midst of an opioid epidemic, and many states have filed lawsuits against drug companies for their hand in igniting the crisis. We’ve read stories of pharmaceutical executives arrested for shady practices, and we’ve seen patients suffer after taking a number of approved drugs. 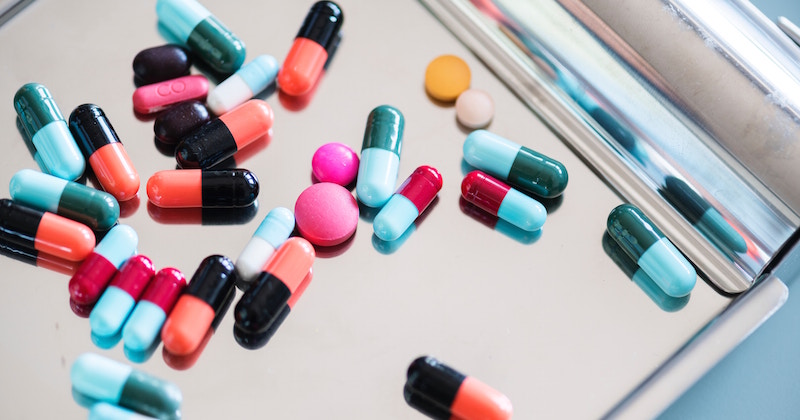 With an industry so focused on boosting its own profits, it can be difficult to have faith in the medications, devices, and other health needs that it promotes. As healthcare continues to be a major discussion this year, take the time to understand just how influential Big Pharma is. Armed with this knowledge, you will be able to make more informed decisions about what’s best for you and your overall wellness.

If you’ve had pneumonia or bronchitis or have dealt with infections like pink eye or strep throat, antibiotics were likely your recommended form of treatment.

In recent years, however, the microorganisms that bring about these health issues have started to develop a resistance to antimicrobial drugs, making the medicines less effective in treating a variety of diseases. Although antimicrobial resistance (AMR) occurs naturally over time, the misuse and overprescribing of antibiotics has sped up the process.

The good news? Drug companies are taking initiative to combat the global health concern. Through the signing of the Davos Declaration, 100 companies and 15 industry associations have committed to global efforts that include the research and development of new treatments, finding ways to stall antimicrobial resistance, and improving access to new and more effective antibiotics around the world.

Pharmaceutical giants Johnson & Johnson and GlaxoSmithKline (GSK) are two companies leading the fight against AMR. GSK has 13 new vaccines in development that will hopefully bring about less dependence on antibiotics. Johnson & Johnson’s efforts are focused on the development of new treatments to fight multidrug-resistant tuberculosis around the world.

Although the pharmaceutical industry likely had a hand in the buildup of antimicrobial resistance because of the push for antibiotic sales, it’s a welcome relief to see that companies are actively combating the issue. As patients, we can also join in the fight by considering natural antibiotic options such as these ones.

We all know that any medication we take comes with its own risks and potential side effects. Just watch any drug commercial, and you’ll hear an announcer rattle off a slew of complications that makes you wonder if you should even take the medication in the first place.

Since 2006, there has been a steady decline in clinical trials that are funded by independent sources like the National Institutes of Health. Instead, we’re now seeing more and more studies being sponsored by the manufacturers of the drugs themselves; this paves the way for potential bias and skewed results. With financial interest comes desirable profits, and it can be difficult to stay objective.

During Xarelto’s industry-funded trial, it was discovered that manufacturer Johnson & Johnson withheld data from the FDA that would have depicted the newer blood thinner as less safe than traditional warfarin. With these skewed results, the agency approved the drug only to face the unfortunate consequences we’re seeing today.

Before you agree to take any future medications, make sure you’re fully aware of any safety issues and side effects that could occur. This trial is only one of many examples where financial interest compromised patient safety. Spend time doing your research on the outcomes of these studies; doing so could save you from potentially life-threatening events.   You may also consider the natural blood thinner to help you in dissolve or suppress the symptoms.

This is perhaps the most harrowing aspect of Big Pharma. The laws and regulations currently in place to protect patients’ health and safety tend to do just the opposite. Where patient wellness is concerned, there is instead tends to be a focus on companies’ bottom lines, further cementing the industry’s “profits over patients” reputation.

For one, the 1984 Drug Price Competition and Patent Term Restoration Act originally passed to give pharmaceutical companies protection over the innovative drugs they brought to market. In an ideal world, once the patent protection expired, makers of generic drugs would ramp up competition and keep drug prices low for consumers.

The law worked well in theory but not in practice. Drug companies have found ways to work around expired patent protections by drawing up “pay for delay” agreements. Brand-name manufacturers simply pay their generic counterparts to not release the competing medication. These pharmaceutical giants also file “citizen petitions” to delay the approval of generic drugs. The FDA has to prioritize these, which often results in these brand-name giants seeing their desired outcomes.

These actions undertaken by Big Pharma do more than just delay competition against their brand of drugs. It keeps drug prices so high that the average consumer will likely be unable to afford the prescription. The United States spends the most money per person on prescription drugs, with the average American paying $1,370 per year. President Trump has vowed to tackle the issue of drug prices during his term, but we have yet to see any headway being made.

The pharmaceutical industry is a complex world of competing beneficiaries. On one side of the table, we have us as consumers being supported with innovative drugs and medical devices that both boost our quality of life and even save it. On the other side, we have drug companies who often employ thousands of people and must bring in profits in order to survive.

We need to discover that fine line separating patient care from profits, in order to truly see a flourishing healthcare system. Until then, recognize and be aware of just how influential Big Pharma is. Be mindful of the medications you’re putting into your body, and take time to consider other treatment options. At the end of the day, you are the one in charge of the healthy life you want and deserve to live.

Author Bio:
Morgan Statt is a health and safety investigator who spends her time writing on a variety of consumer topics. When she isn’t conducting investigative research, she can be found crafting the perfect playlist to fuel her productivity. Follow her on Twitter @morganstatt.