After a long, hard and stressful day at work, nothing spells relaxation like a nice glass of fine wine. Fortunately, red wine is one of life’s luxuries in which we can occasionally indulge without feeling guilty.

In fact, guilt is the last thing you should be feeling after a glass of red wine due to its beneficial health properties. Red wine, grapes, peanuts and some berries all contain a naturally occurring compound that’s been scientifically proven to provide a diverse range of health benefits. 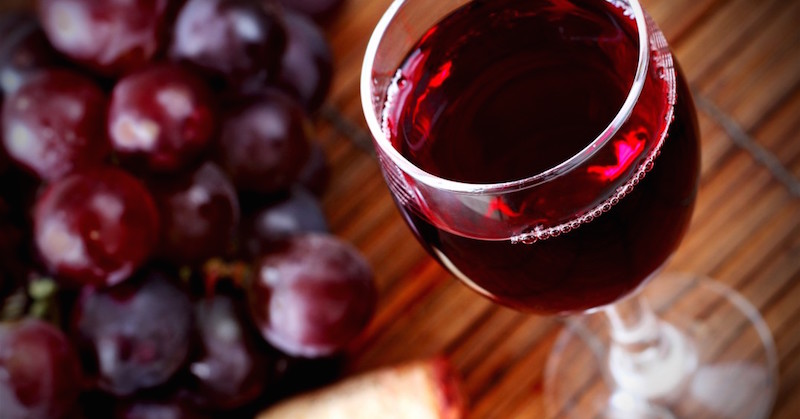 The buzz around resveratrol is nothing new; however, emerging research reveals that the natural antioxidant may help prevent age-related decline in memory. Published by a faculty member in the Texas A&M Health Science Center College of Medicine, the study suggests that resveratrol may have positive effects on the hippocampus, an area of the brain responsible for carrying out critical functions such as learning, memory and mood.

Ashok K. Shetty, Ph.D., a professor in the Department of Molecular and Cellular Medicine and Director of Neurosciences at the Institute for Regenerative Medicine, is no stranger to the benefits of resveratrol. While the compound has been known for its potential to prevent heart disease, Shetty and his team believe the natural antioxidant could also be beneficial for treating memory loss in the elderly.

“Because both humans and animals show a decline in cognitive capacity after middle age, the findings may have implications for treating memory loss in the elderly,” reports the study’s press release. “Resveratrol may even be able to help people afflicted with severe neurodegenerative conditions such as Alzheimer’s disease.”

“The results of the study were striking,” Shetty said. “They indicated that for the control rats who did not receive resveratrol, spatial learning ability was largely maintained but ability to make new spatial memories significantly declined between 22 and 25 months. By contrast, both spatial learning and memory improved in the resveratrol-treated rats.”

Remarkably, neurogenesis (the growth and development of neurons) approximately doubled in the rats given resveratrol, compared to the control rats, which did not receive any. The rats that received the natural antioxidant also had significantly improved microvasculature, the smallest systems of blood vessels in the body responsible for circulating blood between tissues. The rats that were given resveratrol also exhibited a lower level of chronic inflammation in the hippocampus.

He also plans to conduct experiments to see whether or not lower doses of resveratrol in the diet for prolonged periods would offer similar benefits to the aged brain.

Read How else drinking red wine can affect your health.

The health benefits associated with resveratrol continue to unfold as new studies emerge. In October 2014, a study published in The Journal of Clinical Endocrinology & Metabolism found that resveratrol might be helpful in treating osteoporosis, a condition in which the bones become weak and brittle.

Their findings suggest that the natural antioxidant stimulates bone-forming cells within the body, highlighting its potential to be used as an anti-osteoporosis drug for humans.

Anti-oxidizing polyphenols like resveratrol may have other health benefits such as offering protection for the heart. Previous studies suggest that this key red wine ingredient may help protect the lining of blood vessels in your heart, as well as prevent damage to those blood vessels.