STUDY: Aspartame Is Linked To Leukemia, Lymphoma And Epileptic Seizures!

As few as one diet soda daily may increase the risk for leukemia in men and women, and for multiple myeloma and non-Hodgkin lymphoma in men, according to new results from the longest-ever running study on aspartame as a carcinogen in humans.

Importantly, this is the most comprehensive, long-term study ever completed on this topic, so it holds more weight than other past studies which appeared to show no risk. And disturbingly, it may also open the door for further similar findings on other cancers in future studies. 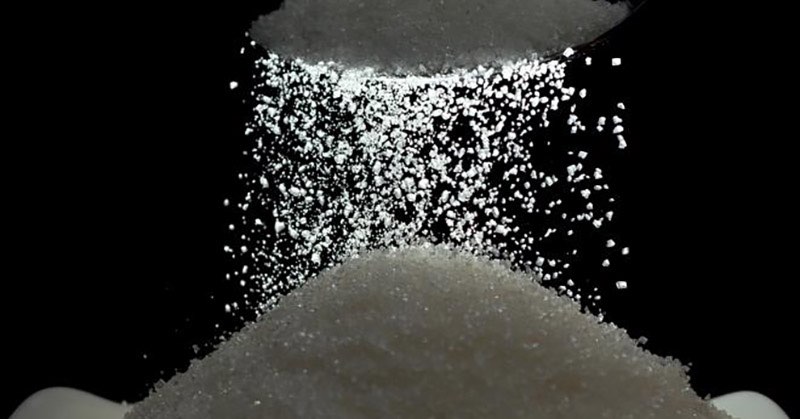 The Most Thorough Study On Aspartame

For this study, researchers prospectively analyzed data from the Nurses’ Health Study and the Health Professionals Follow-Up Study for a 22-year period.

A total of 77,218 women and 47,810 men were included in the analysis, for a total of 2,278,396 person-years of data. Apart from sheer size, what makes this study superior to other past studies is the thoroughness with which aspartame intake was assessed.

Every two years, participants were given a detailed dietary questionnaire, and their diets were reassessed every four years. Previous studies which found no link to cancer only ever assessed participants’ aspartame intake at one point in time, which could be a major weakness affecting their accuracy.

The combined results of this new study showed that just one 12-fl oz. can (355 ml) of diet soda daily leads to:

These results were based on multi-variable relative risk models, all in comparison to participants who drank no diet soda.

It is unknown why only men drinking higher amounts of diet soda showed increased risk for multiple myeloma and non-Hodgkin lymphoma. Note that diet soda is the largest dietary source of aspartame (by far) in the U.S.

Every year, Americans consume about 5,250 tons of aspartame in total, of which about 86 percent (4,500 tons) is found in diet sodas.

Study: Aspartame Linked To Leukemia, Lymphoma And Other Diseases

This new study shows the importance of the quality of research.

Most of the past studies showing no link between aspartame and cancer have been criticized for being too short in duration and too inaccurate in assessing long-term aspartame intake. This new study solves both of those issues.

The fact that it also shows a positive link to cancer should come as no surprise, because a previous best-in-class research study done on animals (900 rats over their entire natural lifetimes) showed strikingly similar results back in 2006: aspartame significantly increased the risk for lymphomas and leukemia in both males and females.

More worrying is the follow-on mega-study, which started aspartame exposure of the rats at the fetal stage. Increased lymphoma and leukemia risks were confirmed, and this time the female rats also showed significantly increased breast (mammary) cancer rates. This raises a critical question: Will future, high-quality studies uncover links to the other cancers in which aspartame has been implicated (brain, breast, prostate, etc.)?

There is now more reason than ever to completely avoid aspartame in our daily diet. For those who are tempted to go back to sugary sodas as a “healthy” alternative, this study had a surprise finding: Men consuming one or more sugar-sweetened sodas daily saw a 66% increase in non-Hodgkin lymphoma (even worse than for diet soda). Perhaps the healthiest soda is no soda at all.

Today, aspartame can be found in over 6,000 products, frequently in diet foods and those labeled “sugar-free.”

Here are some shocking examples:

Adverse Reactions To Aspartame You May Not Think About

The US Food and Drug Administration has given the green light for aspartame’s safe consumption, disregarding the fact that 85 percent of the overall complaints reported through their agency are adverse reactions to aspartame, including five accounts of death.

Other well-documented side effects of aspartame include:

Because of these painful side effects of aspartame, several doctors and researchers conclude that chronic ailments such as brain tumors, diabetes, multiple sclerosis, cancer, Alzheimer’s disease, Parkinson’s disease, epilepsy, and fibromyalgia can be prompted, or worse, further aggravated when you consume this notorious artificial sweetener.

The components of aspartame—aspartic acid, methanol, and phenylalanine—are to blame. The latter has been synthetically altered to carry a methyl group, which is responsible for aspartame’s sweet taste. The phenylalanine methyl bond, called methyl ester, allows the methyl group on the phenylalanine to easily break off and form methanol.

In fruits and vegetables, methanol is bonded to a fiber called pectin that allows it to be safely passed through your digestive tract. However, in aspartame, methanol is not bonded into anything that can help eliminate it from your body. Once inside your body, the methanol is converted by alcohol dehydrogenase (ADH) enzyme into formaldehyde, which can wreak havoc on your DNA and sensitive proteins. All animals, except humans, possess the ability to break down methanol into formic acid.