by: Sara Ding
in Natural Remedies 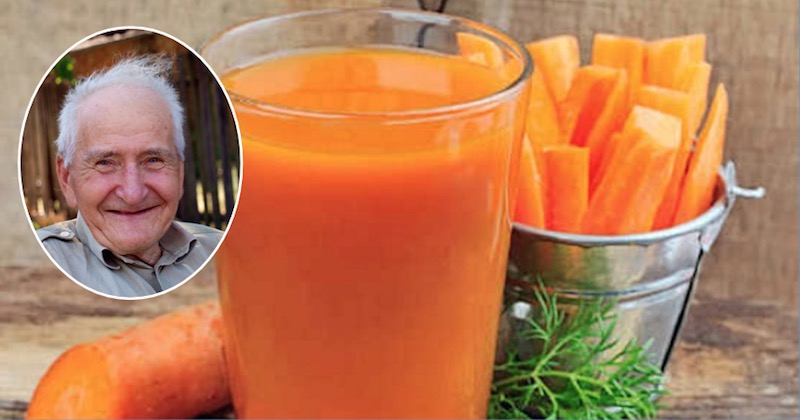 I want to share a miracle that happened in my family only a week ago, and all because of carrot juice.

I have a second cousin who is 82 years old and had only 13% of his heart working right after having a heart attack a few years ago.

With the problems that the heart gave him, he was put on all kinds of meds to help him, which created more problems for him.

His kidney stopped functioning. He was told there was nothing more they could do for him but try to make him comfortable in the hospital. All his family members were preparing for his death, and he was put in palliative care.

When anyone saw him, they really thought he was in the worst shape they had ever seen him. He couldn’t urinate and they had to get it out of him. His urine was brown. He had no strength, nor color on his face and was in a lot of pain.

The Miracle of Carrot Juice

His urine began to clear up and soon he was himself, with more energy and a healthy color on his face. His blood pressure even changed for the best that it had ever been in the past two years. This was after drinking the carrot juice every day, three times a day. All this happened within a week.

The doctor was shocked when he came back to the hospital after the weekend to find him there and healthier. That’s not even the best of the news. He was released from the hospital and is now home, full of life and seems younger than ever before!

82 years old, with only 13% of his heart working and now this, that says something very strongly about what is in carrots! I’m telling you, he has the nurses and everyone he knows, now going to make carrot juice, LOL!!

I’m just so happy he is doing so well, and to be honest, even better than he has been in the past two years!

It’s the miracle of carrot juice!