If given a choice, virtually everyone would choose to be healthier or, if you’re healthy, to maintain that disease-free state. Yet when you go about it in practice it might seem overwhelming. Where do you begin to “get healthy”?

An excellent starting point is this: cut back, with the goal of eliminating, processed foods in your diet. If you’re at all health-conscious you’re probably already aware of many of their downfalls … excess sugar, often high fructose corn syrup, refined grains, genetically engineered ingredients, soybean oil, and more.

Yet, these are not the only problems. Most processed foods also contain any number of additives, like artificial flavors, colors, and preservatives. They also contain another less talked-about additive called emulsifiers.

Each of these has the potential to disrupt your health and in many cases researchers are only beginning to understand how and why. 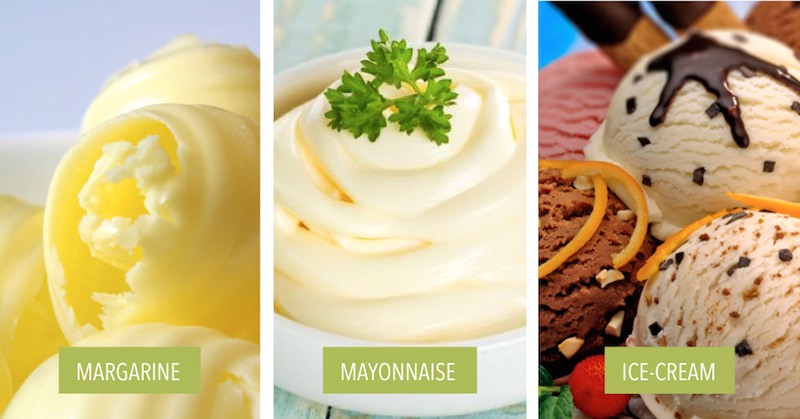 In the case of emulsifiers, for instance, which are ubiquitous in processed foods like margarine, mayonnaise, baked goods, and ice cream, they’ve been linked to serious inflammatory diseases in your gut along with metabolic syndrome.

Use butter instead of margarine, and make your own mayonnaise.

More than 1.5 million Americans suffer from inflammatory bowel disease (IBD), which is an autoimmune condition that involves inflammation in your digestive tract and includes both Crohn’s disease and ulcerative colitis.

IBD sufferers have severely disrupted gut biota with different dominant species than healthy people, and those with Crohn’s and ulcerative colitis suffer from a breakdown in the mucosal lining of their gut. As reported in the journal Nature:1

The intestinal tract is inhabited by a large and diverse community of microbes collectively referred to as the gut microbiota.

While the gut microbiota provides important benefits to its host, especially in metabolism and immune development, disturbance of the microbiota-host relationship is associated with numerous chronic inflammatory diseases, including inflammatory bowel disease and the group of obesity-associated diseases collectively referred to as metabolic syndrome.

A primary means by which the intestine is protected from its microbiota is via multi-layered mucus structures that cover the intestinal surface, thereby allowing the vast majority of gut bacteria to be kept at a safe distance from epithelial cells that line the intestine.

Thus, agents that disrupt mucus-bacterial interactions might have the potential to promote diseases associated with gut inflammation.

The researchers concluded:2 “… the broad use of emulsifying agents might be contributing to an increased societal incidence of obesity/metabolic syndrome and other chronic inflammatory diseases.”

The emulsifiers used in the study were carboxymethylcellulose and polysorbate-80. Similar emulsifiers include lecithin, carrageenan, polyglycerols, and xanthan gum.

These additives keep oils and fats from separating, helping to improve the texture and shelf-life of salad dressing, non-dairy milk, and even foods like veggie burgers and hamburger patties.3

The emulsifiers caused chronic colitis in mice with already abnormal immune systems. In mice with healthy immune function, they resulted in mild intestinal inflammation and subsequent metabolic dysfunction that led to obesity, hyperglycemia, and insulin resistance.

Most notably, the emulsifiers were fed at levels that an average person would be exposed to if eating a lot of processed foods, suggesting these additives may indeed affect the health of many Americans.

Food additives such as these are all approved by the US Food and Drug Administration (FDA), again highlighting the severe limitation of our current regulatory system.

Nourish Your Microbiome To Prevent Disease

It’s becoming clear that the microbes in your body may very well make or break your health. In the case of Crohn’s disease and ulcerative colitis, for instance, there is evidence that there may be a breakdown in your body’s “phage-based” defense system.5 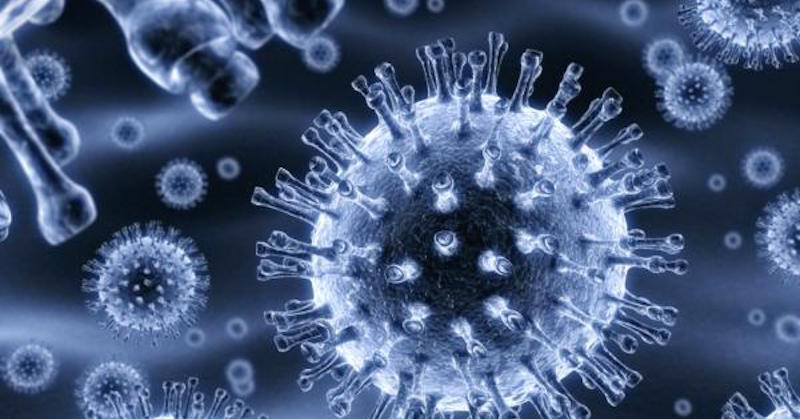 Bacteriophages, or phages, are a group of viruses that help you stay healthy by destroying harmful bacteria and encouraging beneficial bacteria to flourish in and on your body.

Scientists found that mucus-dwelling phages (which coat the inside of your mouth, nose, eyelids, lungs, and your digestive tract) have symbiotic relationships with their host (you) and help control the delicate microbial balance in your body, giving you “smart mucus.”

However, as mentioned, in people with Crohn’s and ulcerative colitis there is a breakdown in the mucosal lining of their gut. It’s now known that food additives may be one culprit in this breakdown, but there are others as well, like air pollution. As reported in Scientific American:6

Many of the 160 gene regions implicated in the development of bowel diseases also regulate how the immune system recognizes and interacts with the trillions of bacteria that exist in the human gut.

‘In the gut, you have a barrier between the immune system and the bacteria that live there. It’s important that barrier gets maintained,’ [Karen] Madsen [a gastroenterological scientist from the University of Alberta in Edmonton] said.

‘Those changes can lead to inflammation and may set up someone who is genetically predisposed to inflammatory bowel diseases,’ [Dr. Gilaad] Kaplan [a gastroenterologist at the University of Calgary in Alberta], said.

The Road To Healing IBD May Be Through Bacteria

If you have IBD, tending to your gut health is crucial, and a key way to do this is by getting plenty of beneficial bacteria. You can do this by regularly consuming traditionally fermented foods that are not pasteurized or taking a high-quality probiotic supplement, along with limited added sugars and fructose (another reason processed foods should be avoided).

Research presented at the American College of Gastroenterology annual meeting by researchers at the University College Cork in Ireland showed that people with inflammatory conditions such as ulcerative colitis who took the probiotic bacteria Bifidobacterium infantis for eight weeks had lower levels of inflammation than those taking a placebo.7

Fermented foods are ideal for this, however, because if properly fermented can contain 100 times more probiotics than a supplement. Another option to improve the makeup of bacteria in your gut,the fecal transplant, is also proving to be quite effective. A fecal microbiota transplant (FMT) involves taking donor feces (the donor is typically a spouse or relative) and basically transferring it to the patient during a colonoscopy.

The benefit? The patient receives a transplanted population of healthy flora that can go to work correcting any number of gastrointestinal and other health problems. Research has found the transplants showed promise in the treatment of ulcerative colitis and Crohn’s disease, with symptoms improving in days to weeks.

IBD can cause cramps, bloody diarrhea, weight loss, and other potentially serious complications in your intestines, along with increasing your risk of colon cancer. Because IBD can be extremely painful, debilitating, and even life threatening, many IBD patients wind up having extensive sections of their colon removed to address the problem when conventional therapies fail—and this can result in devastating and life-threatening complications.

The goal of most IBD treatment, whether conventional or holistic, is to suppress the inflammation that is leading to the damaging symptoms, and exposure to environmental pollutants is only one contributing factor. 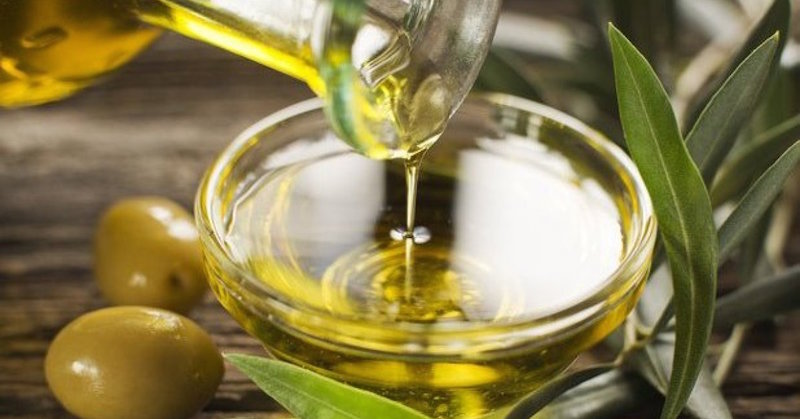 Some of the greatest contributors to chronic inflammation are lifestyle factors like smoking, a diet high in sugar, fried foods, and synthetic transfats, inadequate exercise, stress, and vitamin D deficiency. So, if you have IBD the first place to start getting the disease under control lies in addressing these underlying factors. If you have IBD, I urge you to:

How To Ditch Processed Foods

Getting back to my original suggestion of ditching processed foods to get healthier, this becomes all the more important if you’re struggling with a serious condition like IBD. I have long stated that if you want to be optimally healthy, you should spend 90 percent of your food budget on whole foods, and only 10 percent on processed foods. Unfortunately, most Americans currently do the opposite, and their health suffers as a result.

Ditching processed foods requires that you plan your meals in advance, but if you take it step-by-step as described in my nutrition plan, it’s quite possible, and manageable, to painlessly remove processed foods from your diet. You can try scouting out your local farmer’s markets for in-season produce that is priced to sell, and planning your meals accordingly, but you can also use this same premise with supermarket sales.

You can generally plan a week of meals at a time, making sure you have all ingredients necessary on hand, and then do any prep work you can, ahead of time so that dinner is easy to prepare if you’re short on time in the evenings (and you can use leftovers for lunches the next day).