In the United States today, iodine deficiency is quite common. In the past, iodine was added to bread, which helped to prevent these deficiencies, even though it was of a synthetic nature. In the year 1960, on average a person consumed about a mg of iodine each day with baked products accounting for approximately 75% of this total.

The food industry removed iodine from baked goods about 40 years ago. Iodine was replaced with bromine, which is not as valuable to the thyroid gland. In fact, bromine actually inhibits the iodine activity of the thyroid gland. Bromine is also linked to causing impaired thinking, irritability, drowsiness, and dizziness. The switch from iodine to bromine has resulted in many people suffering from an iodine deficiency. 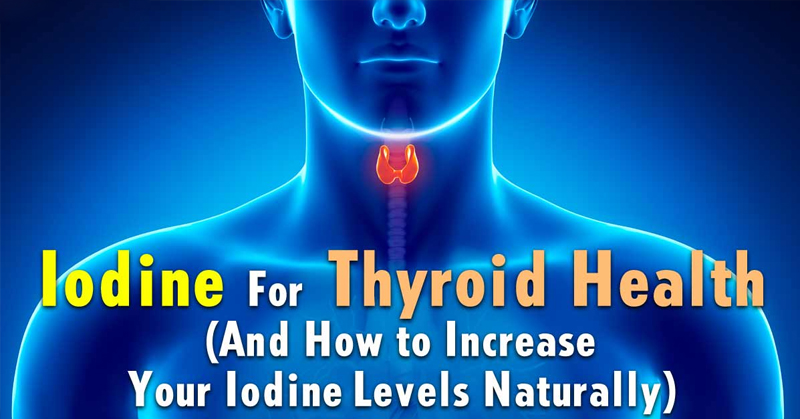 There are several problems that people with iodine deficiency may experience. The first is fatigue, which is caused by under-activity of the thyroid gland.

When iodine does not bond to the cell membranes of the thyroid, peroxidase can then damage the membranes and create autoimmune diseases such as hyperthyroidism and Hashimoto’s thyroiditis.

There are several organs that need iodine to function. However, these organs cannot absorb iodine until high enough values are reached. Many people do not produce as much stomach acid when they age. This impairment may be a result of an iodine deficiency because iodine promotes acid in the stomach.

Iodine is found in large quantities in several parts of the body including the brain and in the ciliary area of the eye. An iodine deficiency may cause glaucoma and may also be a factor in the development of Parkinson’s disease.

Iodine treatment may also be used for the treatment of high levels of lipoprotein. Lipoprotein is quite dangerous as it can produce plaque in the arteries, which can slow down blood flow.

How Do You Tell If You Are Iodine Deficient?

There is a simple test that can be used to detect whether or not a person is iodine deficient. During the test, the patient will take four iodine tablets that are 12.5 mg each. After 24 hours, if the person has enough iodine in their system, the excess will be secreted through their urine. If the person is iodine deficient, most of the iodine will be retained by the body with very little showing up in the urine.

This test is not 100% accurate and there is no real way of knowing if a person is iodine deficient. The best thing to do is to make sure that you are eating foods that have iodine in them.

Getting Iodine Through Diet

It is important to make sure that you eat foods that contain iodine in order to optimize your health. Some of the foods that are high in iodine include:

A multivitamin can also be taken daily in order to make sure that you are getting enough iodine in your body each day.