10 Fake Foods From China That Will Make You Cringe!

Many parts of China are actually known for their fine cuisine, but its food industry has taken a lot of heat lately for its troubling, outrageously toxic fake products and food items.

It first became international news when in 2008, infants had died from drinking milk powder laced with melamine powder (a compound used in making plastic). Hundreds of children were affected and many had died of kidney failure

Many foods made in China have now surfaced, that have very low safety and hygiene standards in the ways that they are irresponsibly manufactured, making them totally unsafe for human consumption. Some of these fake foods can directly cause liver and kidney damage, and even cancer.

The list below is just a few examples of illegal, counterfeit food products from China that are just simply too appalling! Be wary to avoid imported China products and if traveling to China, be informed and know what to look out for!

Even food as simple as an egg is being faked in China. Some unscrupulous companies in China were found to produce and make tons of money by selling fake eggs. They look almost like the real thing, slimy before cooking and turns like cooked eggs when cooked. A fake hard-boiled egg can actually bounce when you throw it, like a rubber ball. These fake eggs are made of gelatin, artificial food coloring, water and encased in a wax egg shell. 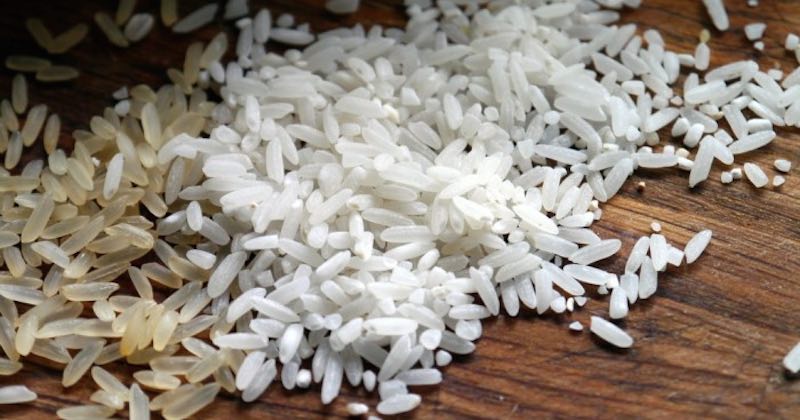 Many vendors and restaurants in China had reported being sold fake rice that are made out of a material that is very similar to plastic.

Apparently, the rice is made by mixing potatoes with a synthetic industrial resin which can be deadly. According to unfortunate victims who ate the rice, it stayed fairly firm even after being cooked extensively, and was hard to digest, causing many stomach problems.

One Chinese Restaurant Association official reported that eating three bowls of this rice was equivalent to eating a plastic bag.

How to identify plastic or fake rice? Burn the rice using a matchstick and see if you smell plastic burning. Or drop the rice into boiling hot oil and see if it dissolves into the oil. 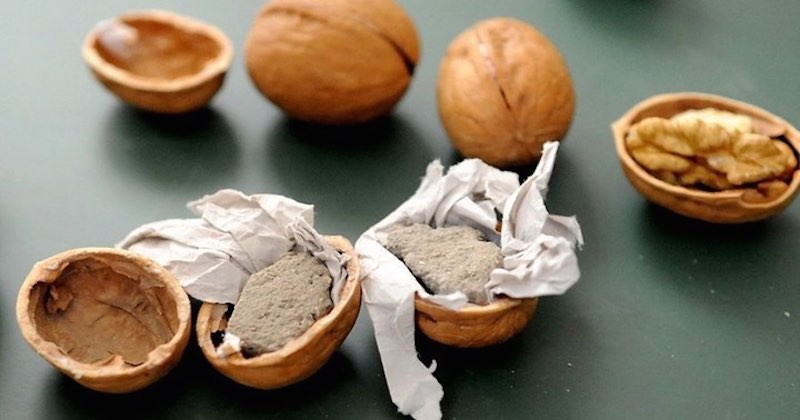 A man purchased shelled walnuts in Zhengzhou city, China only to find broken concrete pieces inside. The concrete was wrapped in paper to prevent it from making suspicious noise when the nut was shaken. The vendor who sold the walnuts was trying to make more profit by selling these fake nuts that were heavier and “nothing”. 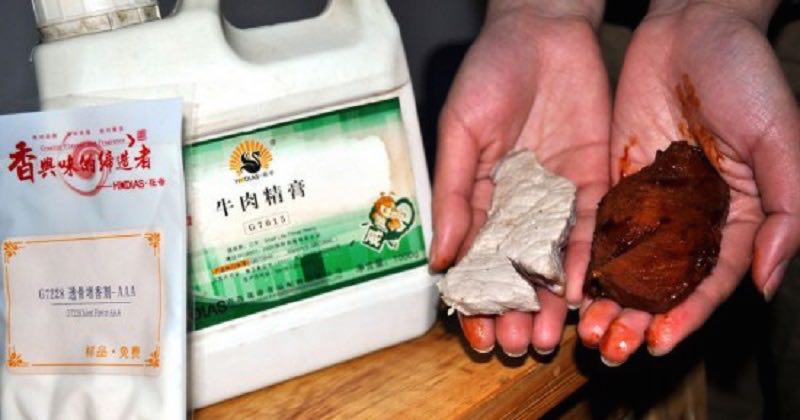 Pork is in abundance and cheap in China. Some vendors have sold pork meat as beef by chemically altering the beef with a “beef extract”, and then glazing them to look like beef. All done in a 90-minute process. Doctors have advised people to stay away from this fake beef as its consumption may cause slow poisoning, deformity and even cancer! 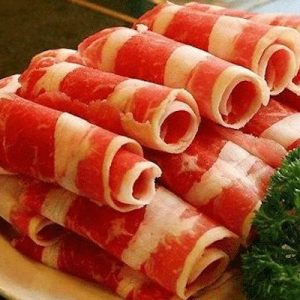 There is very little profit in selling real mutton. Dishonest Chinese food sellers are adding chemicals to meat from rats, minks, and foxes and selling them as mutton.

The scheme was so popular and successful that the police arrested more than 900 people and seized about 20,000 tons of this meat, all within three months.

It was reported that the levels of E.Coli in the counterfeit product “seriously exceeded safety standards”. 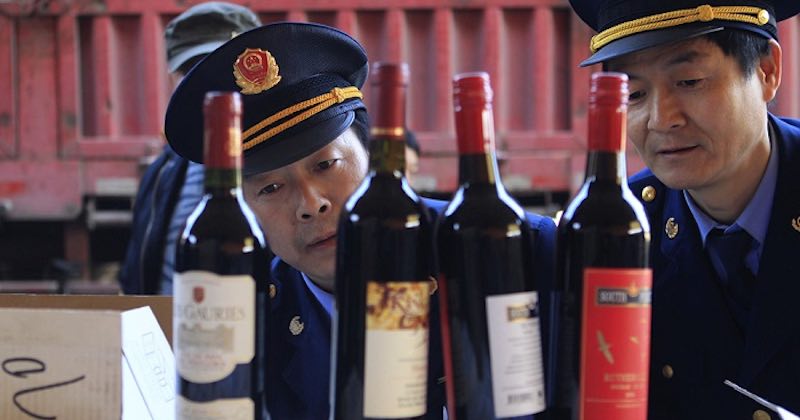 Wine is the number one fake food in China as it is reported at least 70% of wines produced in China are fakes. People who don’t know much about wine are tricked into buying the expensive-looking labels of counterfeit wines that are made from cheap fruit juice. Avoid buying wine from China! 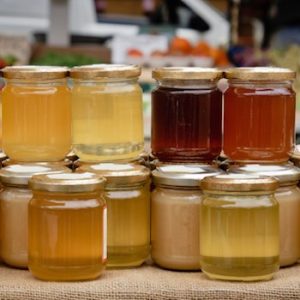 There are two types of counterfeit honey: the adulterated one, which is a mixture of real honey and sugar syrup, beetroot syrup, or rice syrup; and the fake honey, which looks very much like real honey that it may be difficult to differentiate them. It is made from a mixture of water, sugar, alum, and coloring. 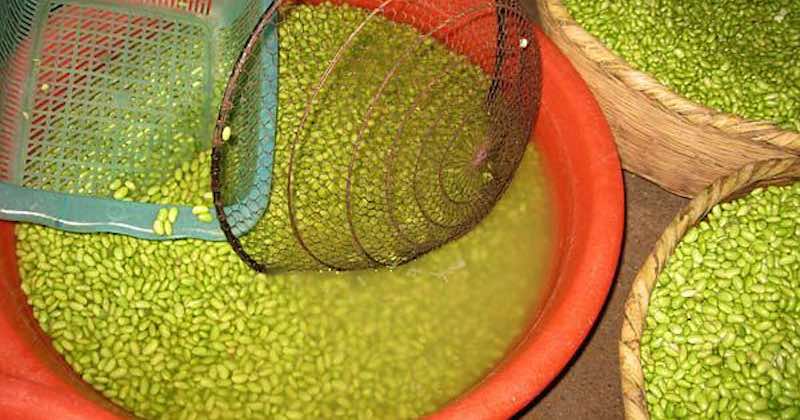 Fake green peas were created from snow peas, soy beans, along with green dye and sodium metabisulfite (a chemical that is used as the bleach and preservative). This dye is banned from using on produce because it can cause cancer, as well as inhibit the body’s natural ability to absorb calcium. You can tell these fake green peas that don’t soften when boiled and the water will turn an unnatural green color leached from the food coloring.

Salt produced for industrial purposes is finding its way onto the tables of China. Be careful that you don’t buy any salt from China as they may also contain industrial salt. Consuming this salt can contribute to high blood pressure, thyroid problems, and the risk of heart attack and stroke. 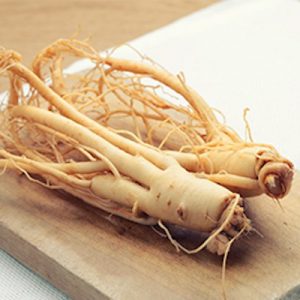 Ginseng root is a popular medicinal plant, used as a tonic in China for centuries. Ginseng is a very expensive commodity, pushing many ginseng retailers to figure out a way to keep making profit.

Their solution was to boil the roots in sugar, which makes them heavier and, therefore, they can sell them for more money as the roots are sold by weight.

Tests showed that while natural ginseng has 20% content of sugar, the fake ones have up to 70% sugar.